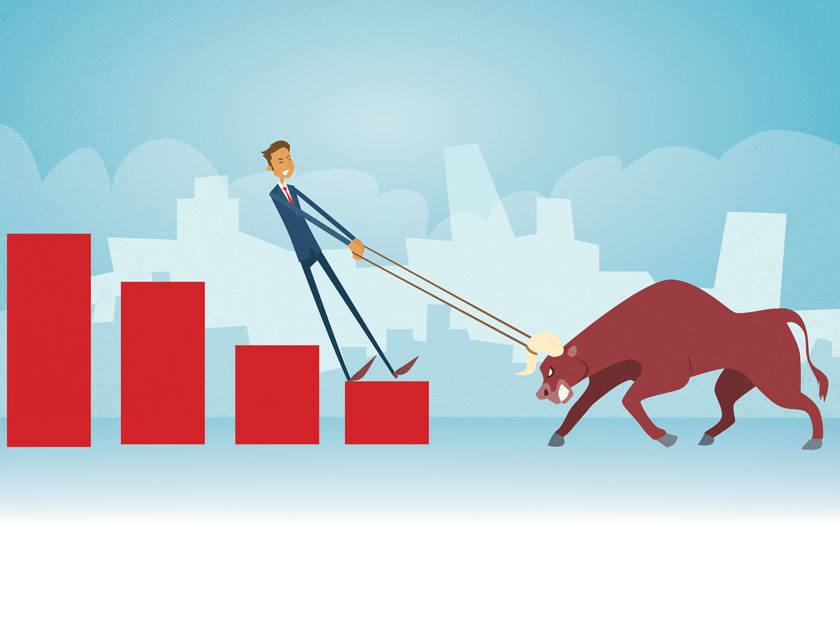 There is real optimism because license deals are getting done, and policy changes show evolutionary changes in the IP ecosystem.

When I recently asked a panel of experts whether they are bullish or bearish on the 2020 patent market, the answers were an interesting departure from recent years.

All who responded are bullish, after many years of insiders being bearish or at best cautiously optimistic. Although at least several people cited the uncertainty surrounding patent eligibility in the United States, there is real optimism because license deals are getting done and policy changes show evolutionary changes in the IP ecosystem.

It can be easy to become cynical about the state of patent eligibility when one focuses on the trees (i.e., each case) rather than the forest (i.e., system-wide developments). Although the Patent Trial and Appeal Board continues to do truly bizarre things in certain cases, the institution rates have decreased, and initiatives led by United States Patent and Trademark Office Director Andrei Iancu have made it much more difficult to bring harassing, serial and follow-on challenges.

Russell Binns, Allied Security Trust CEO and general counsel: I am bullish. After many years of uncertainty and a bottoming out of the patent market, I think 2020 is going to provide more certainty around Section 101 (what is patent eligible) and other areas of the law—and possibly some reform—and a greater focus on quality over quantity.

Michael Gulliford, founder, Soryn IP Group: For the first time in a long time, I am confident that the IP ecosystem is heading in the right direction. The sounds of progress are certainly faint, but if you put your ear to the wall they can be heard.

The mainstream press, for example, has finally woken to the reality that inspired me to found Soryn in the first place: The anti-patent troll movement has succeeded in putting some bad actors out of business. …

And there’s more. A host of administrative and judicial tweaks to the inter partes review system resulted in a measurable drop in IPR filings last year. The United States Court of Appeals for the Federal Circuit’s Berkheimer decision has at least given software patent owners a chance at life in district court …

And companies like Sonos have begun to tell lawmakers what we already know. For many of our most innovative companies, the day will come when business realities make it necessary to disclose delicate technical details to someone with significantly more market power. But as things currently stand, there is no way to do so without risking eventual ruin because patents are simply not respected.

It sounds depressing, but we should find comfort in the fact that because of companies like Sonos, the truth is finally getting out and folks are finally starting to pay attention. There can be no change without such acknowledgment.

Daniel Papst, Papst Licensing GmbH & Co. co-owner and managing director: Bullish but moderately, given a probable standstill on Section 101 legislation in the United States due to an election year. The IPR regime slowly keeps getting a more leveled playing field, thanks to the USPTO director.

The German Supreme Court will rule on the holdup challenge of the Unified Patent Court and give way to an efficient and streamlined court. Damages are on the rise and patents (also in the United States) will get closer to what they once were—a right to exclude!

Kent Richardson, partner, Richardson Oliver Law Group: I believe we have passed low tide for patent value and we are on the way up. We use our own data and surveys to help inform our opinions. Our data say that patent prices are stabilizing and that the market is becoming more predictable.

Also, we surveyed about 15 IP executives and asked two questions. First, if you thought you had to take a license, would you rather do it now or three years from now? The answer came back almost unanimously: “Now!” This means that potential licensees believe patents will strengthen over the next three years.

Jamie Underwood, Latham & Watkins partner and global IP strategist: I am bullish on the 2020 patent market. The U.S. patent regime remains a stalwart leader in meaningful IP protections. Innovators from far and wide think so, too, if one believes that people vote with their feet.

In 2019, the USPTO issued the most patents ever granted in a single year in American history. Nearly half of the 333,530 patents awarded went to U.S.-based companies, but Japan, South Korea, China, and Germany also received a considerable number of those grants. The most recent International IP Index, once again, ranked the United States as the strongest overall IP system in the world and as the second strongest patent system (tied with Japan, South Korea and Switzerland).

Even in the midst of the polarized paradigm between owner and implementer, the United States is finding greater equilibrium in its patent enforcement. …

PTAB policy changes have brought institution rates and outcomes into greater balance as well, and the reduced threat of invalidation therefrom should prompt more patent holders to pursue suits in district court. For patent holders who still find success in district court elusive, the United States also offers an option replicated in no other country—the U.S. International Trade Commission, which can provide sweeping injunctive relief for the expedient redress from named infringers, or, in certain circumstances, from an entire U.S. market segment. These relative strengths will not falter in 2020.

While stakeholders, no doubt, must grapple with complex challenges regarding Section 101, artificial intelligence and potential legislative reforms—to name a few—these challenges are reflective of the evolutionary potency of U.S. patent rights rather than their shortcomings.

Annsely Merelle Ward, attorney, WilmerHale: I am bullish. I expect 2020 to be very active for the patent market.
Some personal predictions: Pressing global environmental, health and equality challenges will invigorate and accelerate innovation and patent filings in 2020. Global patent battles in telecoms will continue to find jurisdictional footing as courts wrangle with forum arguments. There will be more industry collaborations—patent and know-how sharing platforms, patent pools and dispute resolution mechanisms to overcome perceived inefficiencies of traditional models of licensing and litigation. Companies (and countries) will continue to jostle for 5G/IoT market share.