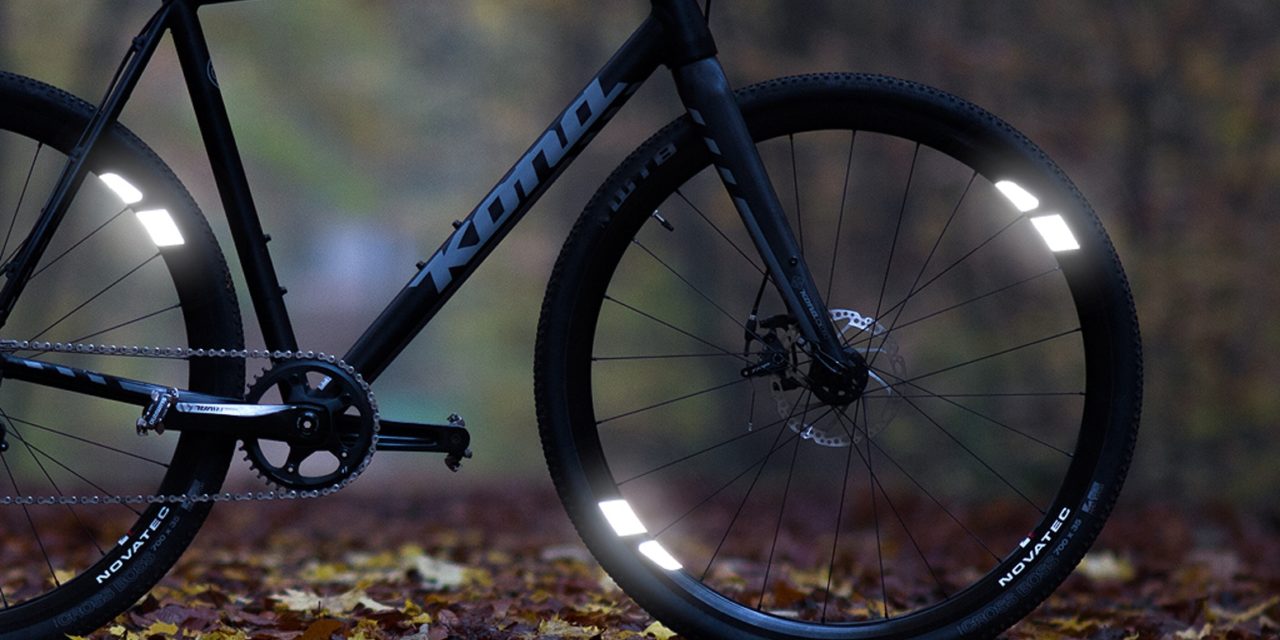 “New ideas are like babies—beautiful, ugly and not finished yet.”
― Max McKeown

Dual-part FLECTR 360 wraps around the bike rim and reflects car headlights from any direction, with an overlapping design that doubles its reflective power.

Easy to mount, the wheel reflectors have no drag, no weight, no dynamic imbalance. The new FLECTR 360 fits oval, round and even sharp-edged bicycle rims from 26 inches and up with a maximum of 32 spokes due to its exceptional elasticity and its special adhesive formula. The current release, the 360 Omni, has significantly increased the elasticity of the reflector.

Choose from the 360 Omni or 360 Wing design at $14.90 euros ($18 U.S.) per set—one reflector for each wheel—or extended packages. Shipping is planned for March at this writing.

The events of the illustrated book’s story—a brother and sister’s epic day—are described in Python computer programming to enable kids to learn coding in a fun way.

The book is set up with code pages on the left. These feature a high-level description of an event at the top, a complete Python program in the middle that represents the event, and the code explanation at the bottom. The right page features a full-page illustration depicting the event. Each program can be run on your computer.

“A Day in Code: Python” was the subject of a crowdfunding campaign, but no future retail price was available at this writing.

Hitch’s makers say it is the first water bottle with a removable barista-approved cup hidden inside.

Its patent-pending design makes it easy to carry the bottle and cup together. Turn the crossbar on the bottom, and the cup releases from the bottle. Remove the inner bottle for cleaning.

A separate piece protects the top and bottom of the bottle.

Hitch will retail for $69. Pre-ordering is available.

The makers of GOOVIS Lite emphasize the clarity of images with a 53 PPD (pixel per degree), now the highest number in the industry.

A cooling airflow system and special lens structure facilitate a better wearing and viewing experience without sacrificing the clarity and resolution of displayed images.