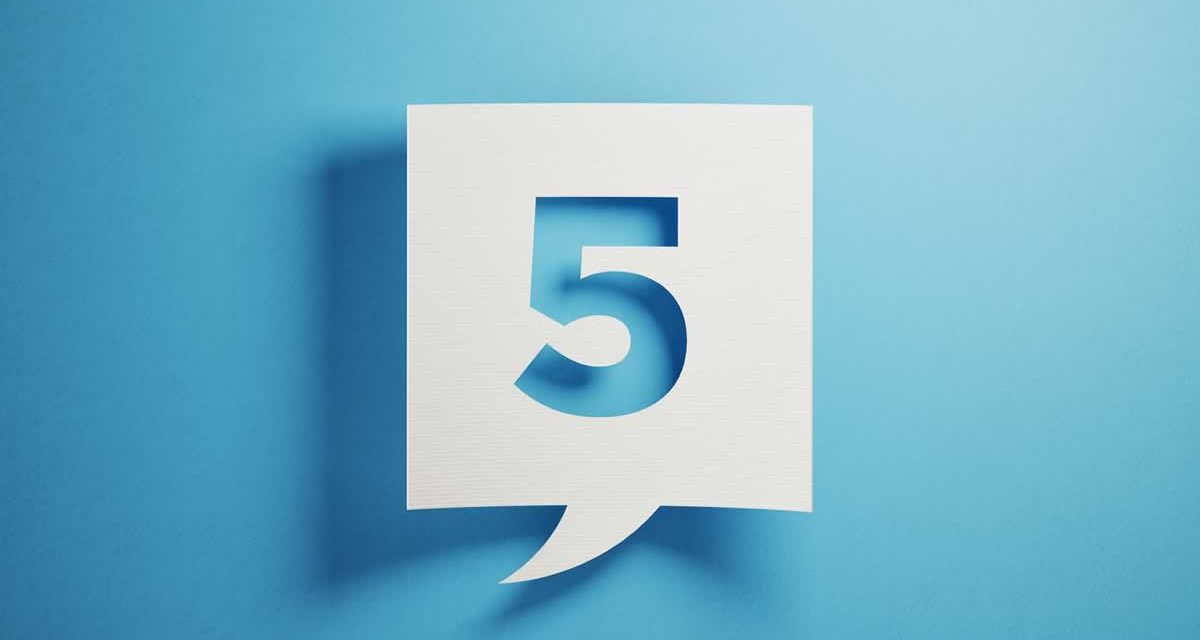 Most inventors are wonderful people, but I find that most, if not all, exhibit some traits that are holding them back from getting their products to market.

And I feel obligated to share them with you…so if you recognize yourself in any of these, I’d suggest eliminating them as soon as possible.

As someone who has coached a number of inventors, I’ve seen it all.  And, since I’m calling others out and asking you to look in the mirror, I might as well come clean myself.

I may have exhibited most of these characteristics when I was starting out…and I may even still every now and again, but I do everything in my power to avoid them at all costs….and you should too!

These folks are so afraid to tell anyone about their product or idea that they stop just short of asking their mother to sign an NDA before telling her about it.

I run into these folks pretty often and in fact, I used to be this guy.

Well, I may not have asked my mother to sign one, but I did ask graphic designers and other service providers to sign NDAs before I’d share my product with them.

All that did was slow down my ability to get my product to market.

I’m not saying there’s no way someone would steal your idea…I just find it highly unlikely.

Look, it’s really really hard to get a product to market.  You don’t want to run around shouting your idea from the rooftops or share it with everyone you come across, but it’s pretty unlikely some random graphic designer will steal it…and if they do, will they even come close to having what it takes to get it to market?

So, you have to make some calculated and educated decisions on who and when to ask for that NDA and when you can avoid it altogether.

A critical aspect of keeping your new product so close to the vest is that by keeping it to yourself, no one can help you.  By sharing it with people and putting it out there, you give it energy and forward momentum…because you never know who knows who…and who might be able to help or put you in touch with someone who can.

I can’t tell you how many times I “put it out there”…and the universe reacted.  In fact, I wouldn’t have gotten any of my products to market without it.

Caveat:  The above depends on the category you’re inventing for.  If you’re creating a complex product, such as something for the medical industry, the automotive industry, technology or anywhere else where strong IP is essential…then you do need to be more concerned about NDAs and confidentiality.

Pro Tip:  Your Provisional Patent Application or fully issued patent are as much a source of protection as anything else.

Pro Tip 2:  Try to follow up phone calls with emails summarizing what was discussed and try to send documents and attachments via email and LinkedIn…because that establishes a paper trail, just in case you run across some folks with bad intentions.

The Unrealistic Inventor aka The No Brainer

I can’t tell you how many inventors I’ve heard say, “My product is a no-brainer.”

Let me let you in on a little secret.  Everything is a “brainer.”

What I mean by that is that every product takes tremendous work, energy and focus.  If you’re looking to license it, a company has to dedicate not just money, but time and staff to bring it to life.  That alone makes it a “brainer.”

So please, stop telling everyone your product will make them millions and that it’s a no brainer.  You lose credibility when you say either of those because, quite honestly, you really have no idea how it will do.

On the flip side, being passionate and enthusiastic about your product is great, even necessary…so be passionate and believe in it, just don’t make grandiose, broad-sweeping statements like “it’s a no brainer” and they’ll “make millions.”

I can’t tell you how many times early on, I would think one of my products was a no-brainer…and then I couldn’t license it or it wouldn’t sell well if I did.

Pro Tip:  Sell them on the benefits of your product for their customer.  Because if you can solve a problem and people are willing to pay for that solution, you won’t have to over-hype it…

If you state the problem and show the solution with your marketing materials, they’ll realize on their own it’s a no-brainer and that they can make millions…and that’s a much stronger way to win at this game!

The Easily Discouraged Inventor aka The Giver-Upper

Do you get discouraged easily?  In a word…Don’t!

Because if you do as an Inventor, you have two choices.

Or look for another career, because rejection is part of the game, my friend.

All successful inventors and entrepreneurs have been rejected.  And rest assured, none of us likes getting rejected, but you have to learn to deal with it and process it.

Successful inventors and entrepreneurs are either blessed with, or quickly develop, a serious case of stick-to-it-iveness.

I’ve coached students who would get discouraged after a couple of rejections…but once they started to embrace it and not fear it, they developed that scar tissue you need.  And the attitude becomes, every no gets you closer to a Yes.

Pro Tip:   With every “No” (and a response to your inquiry), you have the opportunity to develop a relationship within the industry you’re inventing for.  Ask them what about the product made it a no for them. That way, you may be able to tweak it and turn that “no” into a “yes”. And, you should always ask if you can submit future ideas. Keep that door open.

Getting discouraged isn’t limited to rejections.  I’ve seen plenty of inventors get discouraged during their research phase.

What would you do if you found a similar product on the market already?  Or maybe you found a patent that already exists…would you quit?

Pro Tip 2:  Instead of getting discouraged, see if you can make yours better than what’s on the market or already patented.  Design around it, so to speak. And if you can’t, I’ve coached inventors to reach out to the patent holder and cut them in on the deal…because patent holders are often just not adept at getting the product to market and they may very well welcome the partnership.

In fact, I was advising a company that developed a product (cooling towels) by licensing another company’s patent as the key ingredient of their product…and they became a huge seller with major deals and end-caps in Bed Bath & Beyond, Dick’s Sporting Goods & Lowe’s (to name a few).

So, don’t be easily discouraged…of course sometimes you have to move on to another product because not every product will succeed, but if you believe in it enough, fight through and find a way to make it work!

The Angry Inventor aka The Hater

I meet a lot of inventors who think that everyone who won’t do business with them or doesn’t get back to them is a jerk.

Just because someone rejects my idea or doesn’t get back to me, that doesn’t make them a jerk.

As I mentioned above, it could be that they just don’t have the bandwidth or resources at the moment, whether it’s financial or human resources.  Or maybe they think it’s too narrow a niche. Or maybe, just maybe, they don’t love the product. That doesn’t mean they’re right…but that also doesn’t mean they’re a jerk.

And if you’re looking to manufacture and a retailer decides to pass on it…they’re not stupid, they only have so much shelf space.  Maybe the price-point doesn’t work for them…or they don’t want to take in a single sku/item from a manufacturer.

There are so many things it might be, but don’t take it personally.  For one of my products, my ideal licensee didn’t get back to me, so I moved on.  And, if we’re being honest, I was a little upset. But a year later I reached back out…and within a month, we had a deal finalized.  So I’ve learned that sometimes it could simply be hitting them at the right time.

Pro Tip:  Don’t be afraid to reach out to people…but don’t hang high expectations on these strangers.  Just be appreciative of the people who do get back to you. The ones who don’t get back to you or reject you, please keep in mind that it’s not personal.  Holding onto the anger and resentment will only hurt you…lower your expectations of people and remain positive. Everyone will be more drawn to that kind of energy.

The Perfectionist Inventor aka The Tinkerer

Most inventors tend to love the whole process of creating and developing their product.  They continue to work on it and make sure it’s absolutely perfect.

They’ll then go through the same tinkering and perfecting of their video or their Sell Sheet.

Well, I’m here to tell you that perfection is the enemy.  It is unlikely that the product that you create, even if you’re perfecting it, will end up being the final product.

That said, I’ve certainly been guilty of this in the past, but I eventually realized that I was just really tinkering because I was worried that the product might get rejected.  So if I kept tinkering and perfecting, nobody could reject it…or me.

The truth is, the more you tinker, the more momentum you lose.  You’ll start to lose interest in the product and it gets tougher and tougher to “get it out there.”

Pro Tip:  When it’s good enough, get it out there.  I’ve tinkered with product development, with Sell Sheets, with product names.  And more often than not, even when I successfully licensed the product, things that I spent months perfecting, ended up being changed.  So it should be great and show the big benefit, but don’t try for perfection…because that will lead to more tinkering and eventually you’ll realize, that perfection doesn’t exist.

I share these traits that I’ve both exhibited and seen in other inventors.  And I share them with you because if you take a good look in the mirror like I have, well then you’ll certainly know that perfection doesn’t exist.

An inventor shouldn’t hope to get anywhere *without the right connections*. We, very unfortunately, live in a world where someone *without the right connections* stands a by far better chance to hit the Jackpot in the Lottery than ever promoting anything intelligent, useful and needed. And did you notice that it looks like the first casualty of the internet seems to be … communication? Try to make contact with somebody important and ask something on facebook or LinkedIn or some forum. Or try to e-mail to the New Product Dept. of some company. Nobody answers, nobody cares, nobody gets it, it’s a nightmare. So I keep playing the Lottery cos I’m good at math and I know which way I stand a better chance …