A Crawl, Not a Zoom 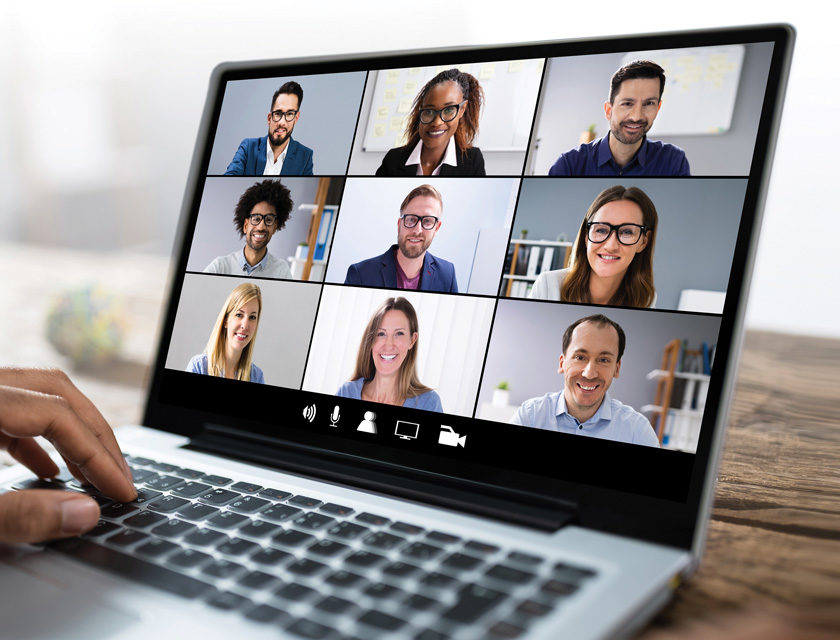 For decade upon decade, communications technology had not advanced to a point where people were comfortable with it being an essential part of their lives day to day, even hour to hour.

You’ll like your odds with this friendly bet: Defy someone to name the decade of the first public video call.

Your pigeon would be surprised to know that it happened five days before Babe Ruth began his historic 60-home run season on Opening Day at Yankee Stadium.

As with so many revolutionary inventions, many could not foresee the impact of the April 7, 1927, one-way phone video call between then-Secretary of Commerce Herbert Hoover and AT&T President Walter Gifford. The event, in a New York City auditorium, was largely seen as a curiosity that had few possibilities for the average American: The Boston Globe reported it as “a phenomenal feat” but with “no definite purpose.”

AT&T’s Gifford—who oversaw tremendous growth for the company and worked there for 45 years—disagreed. According to Time, he said that “in due time” video calls “will be found to add substantially to human comfort and happiness.”

His statement was prophetic. But the “in due time” part proved elusive.

AT&T’s Bell Labs continued working to improve on the one-way video call, only to find the country wasn’t ready for it.

In addition to the fact that the average American could not afford access to such revolutionary technology, communications networks did not have the capacity to send video calls with any kind of acceptable resolution.

It also wasn’t the right time culturally. Although Americans became more curious about space travel and futuristic inventions by mid-century and 1960s TV shows such as “The Jetsons” and “Star Trek” gave us a possible glimpse of the future, communications technology had not advanced to a point where people were comfortable with it being an essential part of their lives day to day, even hour to hour.

AT&T began researching a Picturephone prototype in 1956. According to eztalks.com, it was able to transmit images of one frame every two seconds over analog public switched telephone lines. The company decided to unveil Picturephone at the 1964 New York World’s Fair; this time, the caller could see a picture of the person on the other line and also hear his or her voice.

The launch was part of a plan to introduce Picturephone rooms in New York, Washington, D.C., and Chicago. First lady Lady Bird Johnson participated as the media again chronicled this innovative curiosity.

In 1970, AT&T tried the Picturephone in select offices to jump-start video calls at work. It was unable to build any momentum due to expense, difficulty of use, and poor-quality resolution.

Limited progress on videoconferencing began in the early Eighties, when Compression Labs released the first videoconferencing system in 1982. But the prices, according to NetMotion, were all but prohibitive—$250,000, with an additional $1,000 per hour for line rental.

In 1986, PictureTel (now Polycom) created a system that cost $80,000, with an hour of communication for $100. Another milestone came in 1991, when the company combined with IBM to create the first PC-based videoconferencing system.

Commercial webcams eased into public consciousness in the early 2000s with free services including Skype and iChat. Soon videoconferencing was an essential tool adopted by courts, law firms, the military, higher education distance learning, and even transatlantic “telesurgeries.”

Apple unveiled the iPhone4’s FaceTime in 2010, popularizing video calls on smartphones. Apps to come along since then include Facebook Messenger (more than 1 billion users), WhatsApp (the most popular download of 2018), Google Meet and Zoom—the latter that has suddenly become so ubiquitous that “Zooming” has become synonymous with video chatting. As COVID-19 sent the world into quarantine early this year, Zoom said it added 100 million participants in the first three weeks of April.

This surge in popularity has come with some problems. Zoom has experienced recent security issues that include “zoombombing,” when people break into meetings uninvited. The issues were such that the company opted not to include any new features for 90 days while it focused on the privacy concerns.

The time is right

Security isn’t the only problem with teleconferencing. Among other issues are dropped calls, sound and video quality, delays, and too many apps.

But those are not deal-breakers for the millions of people who now depend on this novel concept launched almost 100 years ago—and who are grateful that the refined technology became available when it did. Had the coronavirus become such a menace even 10 or 15 years ago, options for those stuck in their homes would not have been as numerous, nor as dependable.