A Fight to His Finish 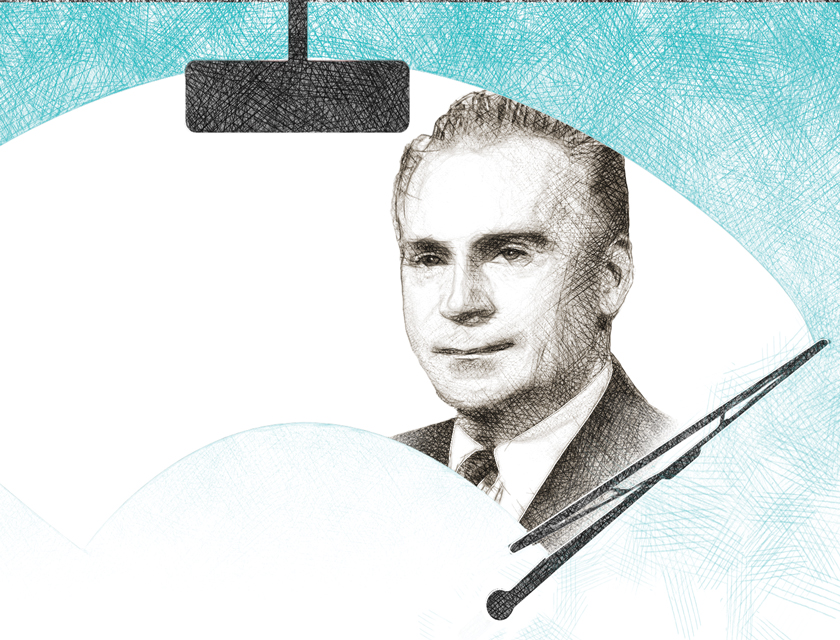 Inventor of automatic intermittent windshield wiper took on the Big 3 and won—or did he?

Robert Kearns was filled with pain from his legal battles and the stress that his obsession imposed on his family and him during the second half of his life.

We don’t talk much about the fate of Robert Kearns these days. The automatic intermittent windshield wiper he invented may not be impressive when contrasted with the effects of various apps on our cell phones and tablets. But his story is worth retelling, because many inventors are tempted to take on the “big guys.”

Kearns was granted the patent on his electronic device in 1967. He attempted to license it to Ford, General Motors and Chrysler, all of which thumbed their noses at Kearns and added it to their cars without his permission. The Big 3 and 23 other auto and auto parts companies were sued by Kearns for violation of his patents.

Violations of independent inventors’ rights by auto companies have been around since the days of Henry Ford—who vowed to never pay royalties to an inventor or purchase their patent rights for a fixed price.

I can understand the car companies’ position. The solid-state, time-delay circuit was well understood and its components available off the shelf when Kearns applied it to an electric motor-driven windshield wiper.

And the car companies found fault with the patent system for protecting the common sense of such a combination. They claimed that Kearns’ invention did not pass the United States Patent and Trademark Office’s “nonobviousness” test. Their argument may have been that it was only a matter of a short time before they would have developed the same invention. Why should they be blackmailed by a piece of paper, pay millions of dollars, and be admonished for what was rightfully in their domain?

So, it wasn’t that Ford hadn’t identified and defined the problem. It simply hadn’t advanced to using electric motors for its wipers.

In Kearns’ lawsuit against the Big 3, the litigation was bitter on both sides. The suit against Ford began in 1978 and went on for 12 years, ending with a $10.2 million settlement. The suit against Chrysler (1982-1992) resulted in an $18.7 million payout, plus interest.

Kearns was obsessed with the battle, mainly for recognition and vindication rather than the roughly $30 million he was eventually awarded by Ford and Chrysler. (The suit against GM was dismissed because of a failure to meet filing deadlines.)

He had planned to start a manufacturing company to produce his inventions, in which his wife, Phyllis, and their six kids would participate. But his admitted obsession with righting the perceived wrongs committed against him, and lack or pre-settlement money, prevented launching that ambitious plan.

Kearns had originally sued Ford for $141 million in 1968. Thus, the Mercedes-Benz company was well aware of its infringement when nine years later it incorporated a nearly exact copy of Kearns’ invention in its cars.

From the history above, you might imagine Kearns to be an inventor with a Walter Mitty complex.

However, he had achieved a Ph.D. in engineering, taught at the university level, and worked in a high position at the then-U. S. Bureau of Standards. He had spent several years of experiments in the development of his intermittent windshield wiper. He claimed to have been awarded more than 30 patents.

But despite his remarkable accomplishments, Kearns was filled with pain from his legal battles and the stress that his obsession imposed on his family and him during the second half of his life. Much of the time he lacked money and relied on disability payments. His legal costs alone would take much of whatever money he may have gained early.

Much of the time he was displeased with the results of the attorneys he hired. He served as his own attorney after having fired at least three law firms.

After the Mercedes-Benz infringement, he suffered a spell of dementia and spent several weeks in a psychiatric hospital. His wife claimed they had no life together; he answered that this was his life. They divorced in 1980. Kearns was later tried and sentenced to 120 days in jail for his failure to pay $600 in alimony.

One daughter among is six children admitted she didn’t care much for her father, describing him as “the guy who worked in the basement.”

I recall seeing a newspaper photo of him several years ago. It showed him in his final years living alone in a farmhouse among several four-drawer filing cabinets full of legal papers and related correspondence. He still drove his 1978 Ford pickup and his 1965 Chrysler. He died in 2005 of brain cancer and Alzheimer’s disease.

Whatever lessons we may gain from Robert Kearns’ story are for you to decide and apply to your own journey as an inventor.

I believe he was a latter-day Don Quixote—flawed, brilliant, determined—a hero to some and a damned fool to others. But he jousted with the giant windmills against the odds.

I would argue that in the end he won, even though he left a great deal of money on the table. After all, there are millions of us driving cars that keep us safer because of his invention. What greater recognition could there be?