A Last Will for Peace 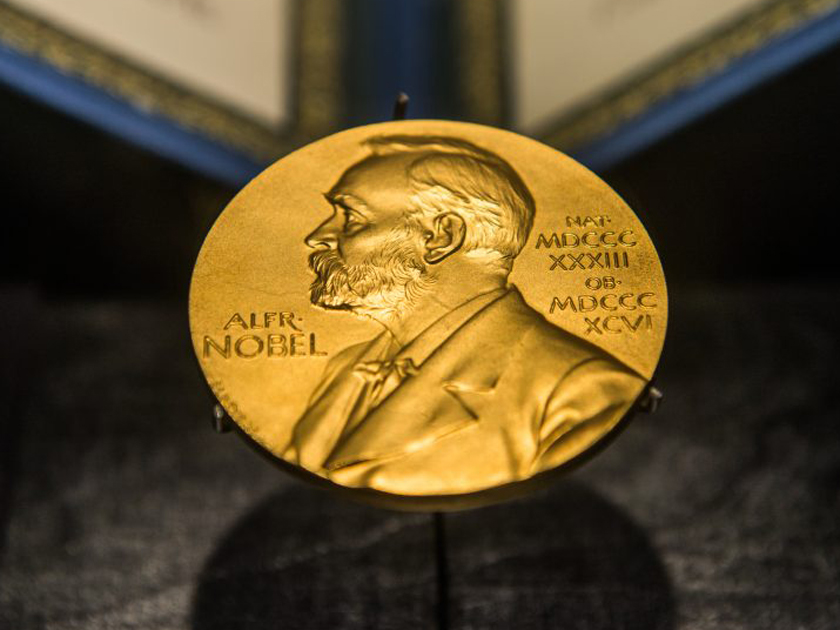 “He received a psychic wound so deep, so mortal, that he could never recover from it.”

—From the book “Alfred Nobel: The Loneliest Millionaire”

When Alfred Nobel read his obituary, it could have killed him.

It was shocking enough to see the erroneous write-up in a French newspaper following the death of his brother, Ludvig, in 1888. But when the inventor of dynamite—who ultimately amassed 355 patents—saw how he was vilified as a destructive influence on society and referred to as “the merchant of death,” he was, well, blown away.

In fact, Alfred Nobel’s reaction may have been the main impetus for the Nobel Prize.

Nobel was one of eight children, born into poverty in Stockholm, Sweden, in 1833. The family business faltered; their home burned to the ground. Alfred was weak and fragile from birth and had health issues his entire life.

His father, Immanuel, left for Finland when Albert was 4 to pursue business opportunities. He eventually formed a company that produced arms for the Russian military, and it flourished. The family reunited in St. Petersburg when Alfred was 9.

The young boy thrived under the direction of private tutors. He embraced writing, became a Shakespeare devotee and began writing poetry. But his father wanted him to join the family business, which he did at 19.

Not long after, the business suffered dramatically after Russia’s 1856 defeat in the Crimean War. His father had experimented with a new explosive called nitroglycerin—produced by mixing glycerine with sulfuric and nitric acid—but found its use to be unsafe.

Explosives always fascinated Alfred. He and his father knew it had great potential for industrial and commercial use. But their experiments proved exceedingly dangerous, and deadly.

In 1864, Alfred’s younger brother Emil and several others were killed in an explosion at one of their factories in Sweden. Alfred’s obsession with discovering a safer explosive intensified. Three years later, he discovered that mixing nitroglycerin with diatomaceous earth resulted in a stable paste that could be shaped into short sticks, which mining companies could use to blast through rock.

The results were dynamite. Its dramatic impact on the mining, construction and demolition industries made Alfred Nobel incredibly wealthy.

Dynamite was also used for cannons in the Spanish-American War, which didn’t comport with the soul of its inventor. Nobel was a shy, quiet writer of poetry who was devoted to nonviolent efforts. In fact, he supported those who spoke out against war.

He placed a newspaper ad seeking a “secretary and supervisor of household” that was answered by an Austrian woman named Bertha von Suttner. The two struck up a relationship. She was a strong advocate for disarmament.

In 1888, the year Nobel turned 55, his brother Ludvig died of a heart attack in France. His obituary appeared in a French newspaper, which confused Ludvig with Alfred. The decidedly disrespectful write-up referred to Alfred Nobel as the merchant of death for his invention of dynamite.

Reading the obit in his Sevran laboratory, Nobel was devastated. According to the biography “Alfred Nobel: The Loneliest Millionaire” by Michael Evlanoff and Marjorie Fluor (1969), “He received a psychic wound so deep, so mortal, that he could never recover from it.”

In “Alfred Nobel: A Biography” (1991), which drew on some of Nobel’s vast collection of letters, author Kenne Fant went a step further.

“It pained him so much he never forgot it.” He “became so obsessed with his posthumous reputation” that he would not rest until he had crafted “a cause upon which no future obituary writer would be able to cast aspersions.”

On Nov. 27, 1895, Nobel wrote his third and last will. It set aside most of his massive estate, estimated at $300 million in today’s dollars, to provide cash awards for five annual prizes in the fields of chemistry, literature, physiology or medicine, physics—and peace. He died the following year, and the first prizes were awarded in 1901.

Historians seem divided as to whether the erroneous obit sparked Nobel’s quest to establish the prizes. Nobelpeaceprize.org makes no mention of the obituary, saying only that “there is reason to believe that the establishment of the Nobel Peace Prize was principally inspired by (Bertha von Suttner)”—who, incidentally, won the peace prize in 1905.

Regardless, the notion that an obituary written for the wrong person may have led to the inception of perhaps the world’s most iconic humanitarian prize is a stirringly ironic element of the Nobel legacy.