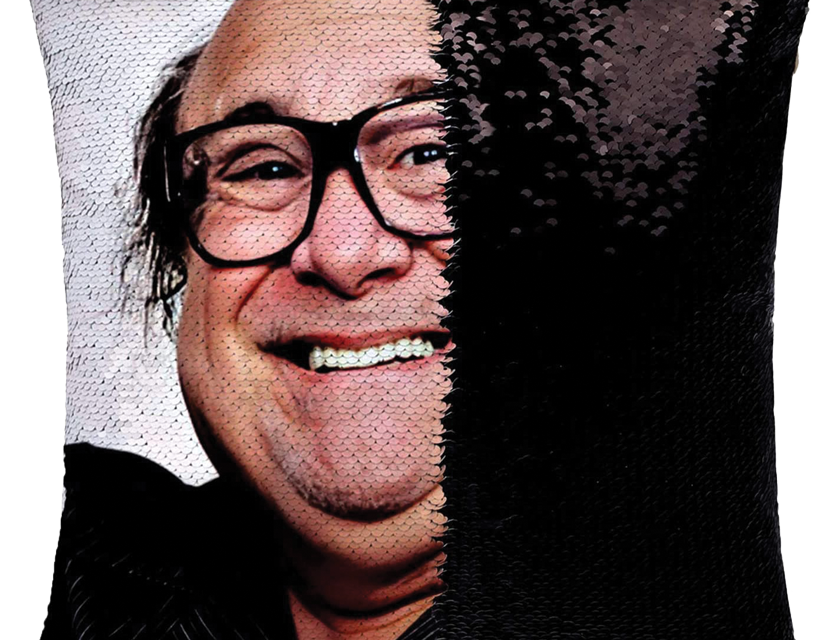 African startup Hello Tractor is working to connect farmers on the continent to the equipment they need.

Dubbed the “Uber for tractors,” Hello Tractor is using Vodafone’s connected technology for the remote monitoring and dispatching of tractors and combines to areas that need it the most.

The mobile app tracks the equipment’s location, service hours and scheduled maintenance for equipment owners, and farmers can book time with machines as needed the way Lyft and Uber do for local transportation. There is a huge disparity between the number of tractors and farmers who need them.—Jeremy Losaw

One reviewer and Danny DeVito fan wrote: “I am absolutely in love with this beautifully crafted piece of art. My wife took my house, dog, and children and moved to California, but none of that matters now that I have this pillow.” Actually, it’s a sequined pillowcase, so you’ll have to find a pillow to stuff it with. Either way, it’s the stuff of strange dreams.

Kelly Ann Greene’s “baby saver” invention won the market potential award at the Invention Convention U.S. Nationals hosted by The Henry Ford in July. The 17-year-old from Kansas City, Missouri, earned a spot in the worldwide competition in August. Greene designed her patented invention to attach to a car seat. The black box detects when the temperature rises, then uses GPS and cellular technology to alert parents and 911 that a baby was left in a hot car. Greene and others received mentorship and support from the Linda Hall Library in Kansas City, which hosted the KC Invention Convention.

The approximate number of mousetrap patents issued by the United States Patent and Trademark Office between between 1838 and 1996. It’s one more reminder that you don’t always have to come up with an original idea; sometimes you just have to innovate better.

1 True or false: Margarine was invented to fatten turkeys.

2 The Barbie doll, invented by American businesswoman Ruth Handler and debuting in 1959, was inspired by:

3 Which company had more patents as of May 2021—Elon Musk’s Tesla Motors, or Hyundai Mobis?

4 True or false: The Stanley Cup, the championship symbol of the National Hockey League, is trademarked by the NHL even though the league does not own it.

5 Which famous inventor said this? “All creative people want to do the unexpected.”

1. False, despite a Facebook claim to the contrary that went viral. French chemist Hippolyte Mège-Mouriès invented it in 1869 for people. It’s also a myth that margarine is one molecule away from plastic and that its inventor was trying to make plastic at the time. 2.D. Bild Lilli also had her own separate dresses. To resolve copyright problems, Mattel bought rights to Bild Lilli in 1962. 3. About 600 for Tesla Motors, 4,000 for Hyundai Mobis. 4. True. The cup is held on a charitable trust. 5.A.