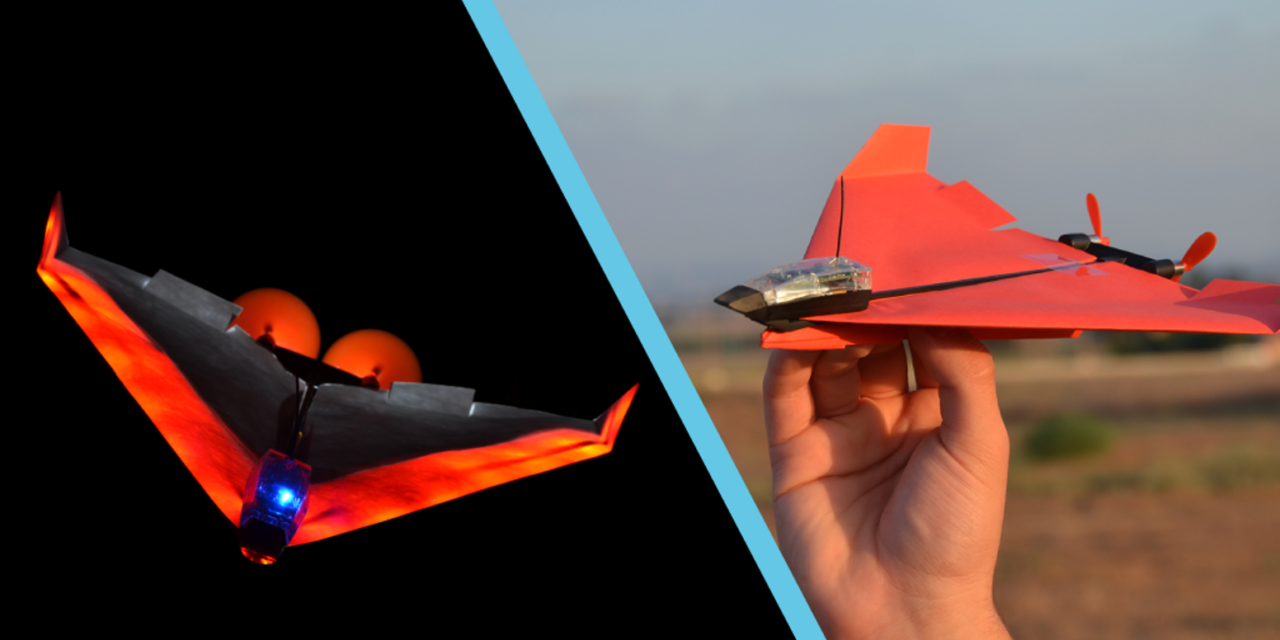 The role of the teacher is to create the conditions for invention, rather than provide ready-made knowledge.

A conversion kit for paper planes, the latest version has an onboard flight computer, autopilot, gyro accelerometer, flight telemetry, and night flight.

To set up the plane, fold it into place; attach the module to your plane; and control it with your smartphone. Tilt your phone in the direction you want the plane to fly. The wireless range is up to 230 feet. Speed is up to 20 mph.

New features include easier aerobatics for mastering tricks, a wind stabilizer, and an auto stabilizer in the event of lopsided folding.

The standard kit—which has a module, four red paper plane templates, 10 more templates and a desk stand—will retail for $99. It is scheduled for shipping to crowdfunding Rewards backers in April.

These magnetically attached modular subunits, featuring Bluetooth connectivity, can be used together or separately. SIMO packs an impressive frequency range into a small size.

Simultaneous contact charging between subunits lets you charge all four at once.

Setup is easy. Power on the SIMO system; connect any smart device to the system using the device Bluetooth menu; and begin playing sound through the speaker. Movies and music on your laptop will get the surround sound treatment.

SIMO will retail for $250, with shipping to crowdfunding Rewards backers in December.

The makers of kegg say it is the first fertility tracker that uses cervical mucus to help predict a more accurate fertile window. It is intended to predict ovulation up to seven days in advance.

Kegg can be used at any time, and on an as-needed basis. Get instant ferility data via the mobile app. It also operates as a Kegel device.

Users can sync kegg with their mobile device via Bluetooth by pushing a button. Kegg uses Bluetooth Low Energy (BLE), which emits a very low power emission standard. The antenna is in the tail of the device, so it safely remains outside of the body.

With a retail price of $299, kegg will ship to crowdfunding Rewards backers in December.

The updated version features a new slimming control-top style, now available in five colors that include three shades of nude.

Sheertex’s makers say that they use the world’s strongest, ballistic-grade polymer and that each pair comes with up to $40 worth of fiber. The polymer is a miniaturized version of fibers traditionally found in climbing equipment and bulletproof vests; Sheertex says that pound for pound, its fiber is stronger than steel.

This strength makes the product environmentally friendly. More than a billion pairs of disposable pantyhose end up in landfills each year.

One pair of Sheertex Sheers retails for $89.