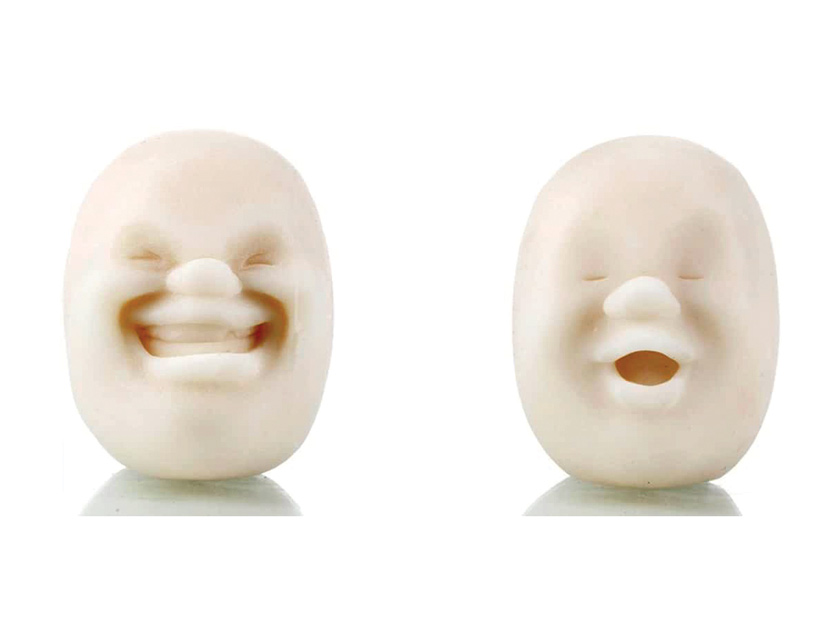 Called BadAlloc, these vulnerabilities are related to the memory functions used in the deployment of connected devices. Though no reports of hackers exploiting the problem have been found, the results may have been severe because there was the potential to upload code to devices to trigger a crash or to run code for hostile ends.

More than half of the affected devices have been updated with software patches to prevent potential issues with others soon to follow.—Jeremy Losaw

The WildWave Stress Relief Human Face Ball is a four-piece set with different types of faces. Its makers say “You can pinch, press, throw, hurl, knock, trample this face ball” but warns against pulling pieces such as the nose or lip too strongly because you could pull them off. Maybe that’s why there are four of them.

Nine-year-old Cooper Dean of Valrico, Florida, was the Best Game Concept winner in the juniors category during the most recent People of Play’s Young Inventor Challenge. Her inspiration was watching chickens make, uh, deposits while she was camping. In her Chicken Poo Bingo game, a windup chicken she got in an Easter basket is filled with miniature candy that it “poops out,” one by one, onto a master bingo board as players try to fill up the squares on their card. The winner gets candy.

The number of patents known to have been issued by the short-lived Confederate Patent Office through 1864 (a few more may have been issued in early 1865). An April 1865 fire while Richmond was burning destroyed virtually all the patents.

1 Intellectual property specialist IPwe is partnering with which company’s blockchain group to try to turn patents and other assets into non-fungible tokens (digital assets)?

3 True or false: Patents are valid only within a country.

5 True or false: The NFL has trademarked the phrase “The big game.”