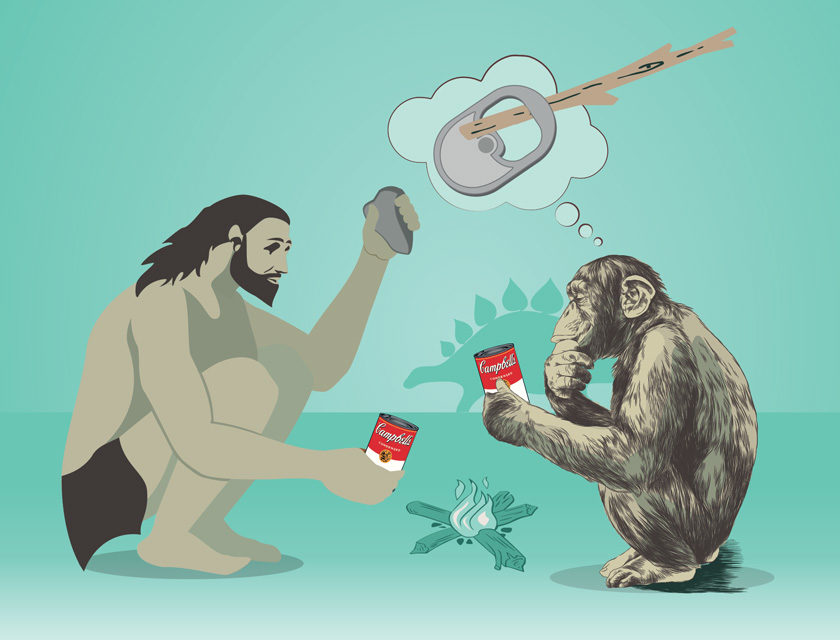 The fruits and frustrations of the spontaneous invention

Sometimes we find the problem we stumble across is something that truly appears to be needed but actually is not.

“Eureka! I just came up with the greatest idea.”

That’s the thought of the typical person who has stumbled upon what he or she believes to be an invention. This kind of invention is what I call spontaneous. It had not been anticipated.

The other kind of invention is on purpose. The inventor has spent time studying the needs of a field and zeros in on a gap that hasn’t been filled.

Both types of invention are a challenge, but I believe the on-purpose invention has the better chance of maturing into a marketable product or service.

I’ll cover the on-purpose invention next month. For now, let’s look at the challenges faced by the spontaneous inventor.

First, it’s unlikely that you are the first person to invent a gizorninplatt.

I got this word from an old recording of Bob Newhart’s. He told of a day in the life of a monitor who was phoning his boss about the progress of an infinite number of monkeys attempting to type the works of Shakespeare.

His phone call began: “I think we may have something here, Bob. It reads, ‘To be or not to be, that is the gizorninplatt …’”

Humor aside, most problems, irritations, needs, etc., involve a stumbling block that typically is not unique. Suppose my wife, Mary, hurts her finger trying to pry up the ring tab on a can of soup. I immediately grab paper and pencil, and sketch a prying tool that grips the ring and enables the user to easily peel back the lid.

The problem is that several million cans of soup, cat food, green beans, etc., with ring-tab lids are opened each week. I had assumed that no user ever discovered you need the leathery skin and finger strength of a 500-lb. gorilla to get the peel started. And there must be at least 10,000 cooks who have thought about a tool for that purpose.

But in my wisdom, I had done something about it. I invented the gizorninplatt, a can opener that made no sense because one that was superior to mine was already on the market. You can find it on Amazon.

I risk my reputation if I tell you that I wasted about a hundred bucks making a prototype of such a tool, only to find that it was listed on Amazon. I bought one, and it performs flawlessly. But making the same mistakes as a typical inventor is one way I learn enough to write this column.

Spontaneous inventing sometimes may be productive because we’ve discovered a need in “real time.”

For example, a tradesman invents a tool for one of his tasks. Tools are one of the more successful inventions, because they save time or improve quality. And if I had been aware of the need for a tool to open soup cans when the ring-tab lid had first come on the market, it may have been my patent or my product if I had been inclined to produce and market it, or both.

Sometimes we find the problem we stumble across is something that truly appears to be needed but actually is not.

Thomas Edison’s first patented invention (U.S. Patent No. 90,646) was a machine that enabled members of Congress to transmit their votes for tallying by the flip of a switch. The machine greatly reduced the time that was taken to collect the votes by roll call.
But the device was rejected because congressmen didn’t want a fast vote. They used the drawn-out process to argue the pros and cons of the law and negotiate with their fellow voters, hopefully to change their votes. And if we’ve been watching TV lately, we have seen that the same slow roll-call method of Edison’s time is still in use.

The successful inventor recognizes that any one spontaneous invention is not likely to make it to the market. The main reasons:

Inventing on your own, and depending on spontaneity, is appealing. But many a lone inventor goes to his or her grave without ever having received a royalty check. It’s darn hard to be original.

So, the way to outwit the odds is to accept them and aim to invent for the long haul. If you come up with two or three ideas every year from now on, one day you’ll find one that you can pursue all the way to the market. And that will compensate for all of those gizorninplatts you had to toss in the recycling bin.

Here’s what Jeff Bezos, founder of Amazon and said to be the richest man in modern history, has to say on this:

It works for him.