Add to the Menu: Peace of Mind 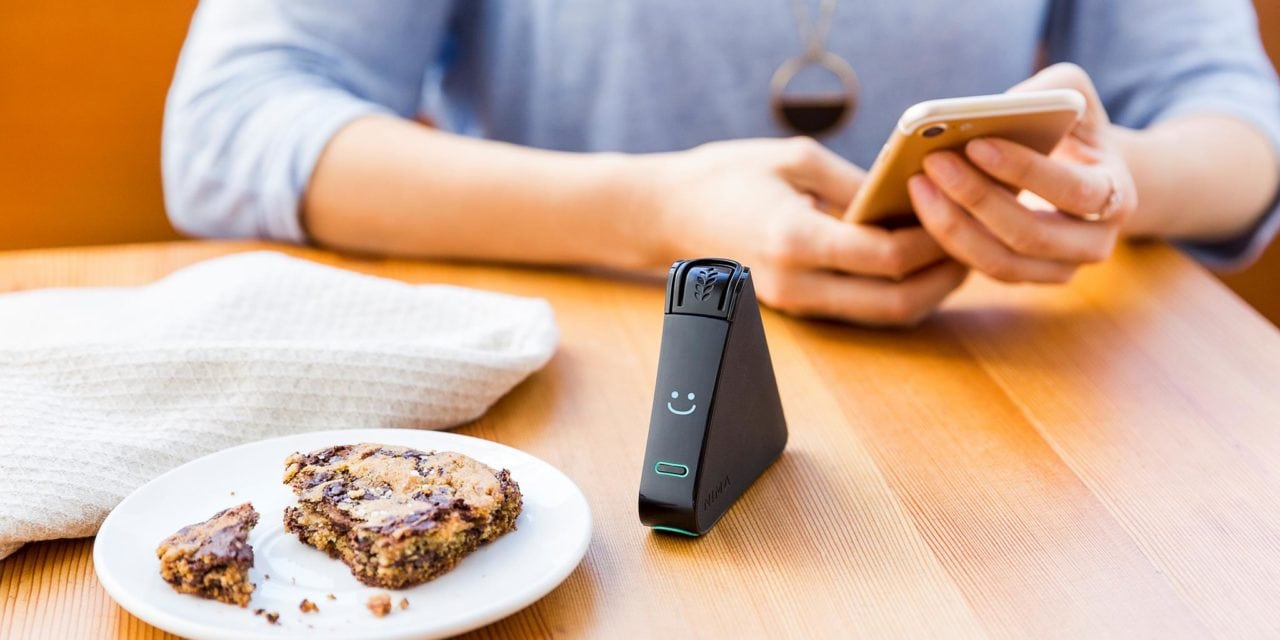 Shireen Yates’ decision to attend a wedding in 2012 could lead to a happily-ever-after outcome for a lot of strangers.

Yates loves Persian food but is allergic to gluten. Because she knew that weddings can make for tricky eating for those with gluten sensitivity, she would always pack her own snacks to make it
through the night. However, she forgot to do that at this particular wedding and was left frustrated trying to find a gluten-free option.

“What if I could just take a sample of this [food] and just have one additional data point to make a more informed decision before I take that bite?” Yates recalls thinking. “If it is the wrong bite, it can completely ruin my night … I couldn’t stop thinking about it.”

Yates has plenty of company when it comes to that dilemma. Food allergies limit choices for millions of people and put their health at risk. The increased awareness of allergies in recent years has caused a number of changes to food labeling requirements and the banning of foods such as peanuts from schools and day care facilities. Celiac disease—a serious genetic autoimmune disorder in which the ingestion of gluten leads to damage in the small intestine—is one of those allergies.

According to the University of Chicago Medicine Celiac Disease Center, 3 million Americans have Celiac disease. That number of people would fill 4,400 Boeing 747 airplanes. More alarming is that 97 percent of those with the inherited disease remain undiagnosed or untreated.

Years later, Yates and fellow inventor Scott Sundvor have invented a way to test restaurant food through a device called the Nima. Paired with an app, it is a powerful tool for those who need to avoid gluten to dine out with peace of mind.

The Nima is a pocket-sized gluten sensor consisting of a single-use test cartridge that fits inside. To run a test, a pea-sized piece of food is broken off and put inside the cartridge. The cartridge is inserted into the sensor, and in fewer than 3 minutes it reports the results. A smiley face on the display indicates a food with less than 20ppm, which is considered “gluten-free” and safe to eat; a wheat icon display warns diners of a higher gluten content.

The device costs $279 and comes with three single-use cartridges. Additional cartridges are about $6 each. Nima is also supported by a free app that allows users to upload test results for their favorite restaurants. Even non-Nima users can use the app to see test results.

After the wedding, Yates began researching different  technologies. While studying business at MIT Sloan School of Management, she joined forces with engineer Sundvor through a mutual friend. They started working on a gluten testing solution.

The team spent a year doing market research and prototyping. The concept had a very technical component that needed to be figured out, but it was also a completely new user interaction. “It is equally important to prototype not only the physical product but to also prototype the experience,” Yates notes.

They made form models of the device from clay and foam, and took people out to dinner to test different user scenarios and how long people would wait for a test result. They tested different form factors and had people carry around different shapes in their purses and pockets. All of their testing and research culminated in a pitch at the MIT 100K Accelerate competition, where they won the audience choice award.

After graduation, Yates and Sundvor continued development off campus. It was imperative that the chemical testing process be perfected to have a valid product. They enlisted the help of Dr. Jingqing Zhang, a Ph.D. in chemical engineering.

The first prototype used off-the-shelf chemical testing techniques and was “as big as a light saber,” Yates recalls. With further refinement, they got the typical eight-step gluten test to three steps and were able to shrink their initial prototypes to the small cartridges now found in the product.

After the research and validation of the chemical testing and sample prep, they moved forward with patent filings. Yates and Sundvor worked on the first patent themselves but used legal counsel to help. Yates feels that having intellectual property helps protect her innovations and business while enhancing the credibility of the product.

The initial prototyping was self-funded, but CEO Yates and the team moved quickly to secure venture capital. Lemnos Labs, an early-stage start-up accelerator in Silicon Valley, was one of their early investors. The exposure from working with Lemnos has helped them raise more than $13 million from a series of VC firms and other investors. This allowed them to expand their San
Francisco office and build an engineering and marketing team of 15 people to propel the product forward.

With such a new product, it was difficult to decide when to stop development and start transferring to manufacturing. It was especially challenging with the Nima, which has both electromechanical and chemical elements. “There will be trade-offs, especially when you are doing a completely new product,” Yates says.

Fortunately, they were able to work through the technical issues before courting manufacturing partners. The Nima team was very deliberate in their selection of factories to manufacture the product. Their initial search got them a list of 30 potential overseas manufacturers. They eventually whittled it down to six and after many meetings and site visits chose one that makes many of the parts, as well as doing the final assembly.

The Nima’s marketing efforts were targeted. Yates and Sundvor eschewed crowdfunding and focused on industry and gluten-free trade shows to display the product and build a following. They built a strong email list and did targeted digital ads to build a portfolio of pre-sales. They wanted to be very hands-on in controlling the language of their campaign and analyzing the cost of customer acquisition. They have even kept tight control on their e-commerce strategy, and to date are only offering the device for sale through their website.

Amid the Nima’s success in the food allergy ecosystem, the team is not stopping with gluten. Next up is a peanut sensor that will be available at the end of this year, with a dairy content sensor to follow. Yates and Sundvor are continuing to push the boundaries of mobile food analysis to help those with allergies enjoy a night out at a restaurant with peace of mind.