Advice for a Young Inventor 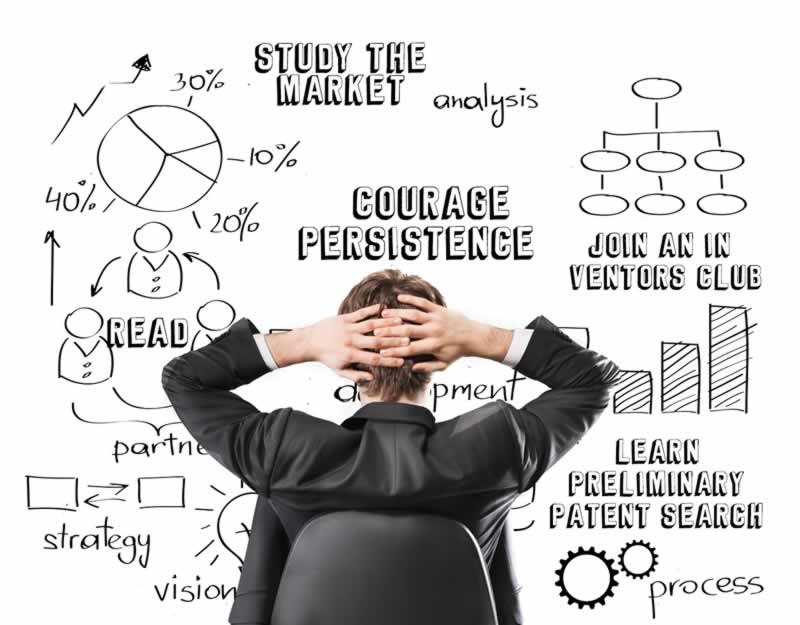 Keep a notebook; do your homework; keep it simple; research the market

If you are a born inventor—if you feel it deep down inside of you—you already know that inventing is easy. But following through with the steps that are essential in order to transform your invention into something that strangers will want, and pay money for, is not so easy.

Always search the market as a first step after recording your idea in your inventor’s notebook. Many inventors think they have an original idea because they don’t see their invention being sold in stores.

If you don’t want to go on to the next steps or can’t because you lack the resources, that’s unfortunate. If you decide to go ahead with any of your inventions—maybe filing for a patent, making a working prototype, and then connecting with companies that might be interested in buying or licensing your patent—you’ll need persistence and resources. If you decide to produce and market your invention, chances are that you’ll require a lot more money than you would if you were to license.

So much for general advice. Now I’ll give you some specific rules to help you succeed.

This is useful whether you can immediately afford to proceed with your full invention plan or not. In your notebook, you can write descriptions of your inventions and draw sketches of them. Someday, maybe after you graduate from college, you can look back on the many entries in your notebook and realize that your research work on early inventions has enabled you to acquire knowledge and habits that may soon pay off.

Maybe you have seen pictures of Leonardo Da Vinci’s notebooks; he was the genius who invented the helicopter 450 years before the first successful helicopter flew. But the point is that serious inventors keep a record of what they have invented, even if they never work on it further.

In fact, it’s a good idea to write down the problems, needs and annoyances that you encounter, even if you don’t have a solution. You’ll find that by defining the problem, your subconscious mind will work for you to gather what you need. And perhaps you’ll even solve the problem in a dream; it’s not uncommon for inventors to invent that way. In any case, there are countless inventors and authors who had great ideas that they were sure they would not forget, and guess what? By failing to write them down, they forgot them and never again recalled them.

An essential related rule to your inventor’s notebook is to always carry a pencil or pen and paper in your pocket, or some kind of electronic form to record notes. You don’t have to look like a nerd unless you like the image. You’ll be amazed by how often you’ll want to record e-dresses and phone numbers as well as notes about inventions, or problems that need inventions.

You may discover that you are a lot like Nikola Tesla. He has recently become more popular because a car is named after him. But when I was a kid, few people had ever heard of him.

Tesla invented a mechanical eggbeater and a hydraulic pump when he was a very young boy. As a man, he was the main inventor of AC (alternating current), transformers that enable the transmission of electricity for hundreds of miles, and the alternating current motor that powers our factories and our home appliances. Read also about Thomas Edison, who did not actually invent the light bulb. Twenty-three inventors before Edison had demonstrated the incandescent filament lamp. But Edison solved the problems that had prevented others from earning the title and became known as the principal inventor.

One of the most fascinating stories of invention is that of radio and innovators like Tesla, Guglielmo Marconi, Lee de Forest, Edwin Armstrong and Reginald Fessenden. Never heard of Fessenden? If it weren’t for this Canadian’s invention of amplitude modulation (AM), early listeners would have heard only dots and dashes instead of music. These fellows created a drama better than Harry Potter, including feuds and even a suicide. “Empire of the Air: The Men Who Made Radio,” by Tom Lewis is an outstanding book that I highly recommend. You can purchase a used copy on Amazon.com for $1.99 plus shipping.

By reading about how important inventions were created, you will be better able to work through your own discouragements and feel more confident about eventual success.

3. Keep your inventions simple until you have the means—especially the money—to work on complicated inventions.

There is nothing as discouraging as running out of money after having worked very hard on a complicated invention.

Mark Twain worked with an inventor of an automatic typesetting machine. The machine was very complicated. It attempted to accomplish what human typesetters did by picking metal type, letter by letter, from a rack, and assembling it into words and paragraphs for printing the newspapers and books of the 1800s and before.

Ottmar Mergenthaler, the successful inventor of the Linotype machine, beat Twain’s machine to the market. Although the race was neck to neck, the machine that Twain was financing kept on needing “just one more improvement,” and it would work. Or so the inventor and Twain always thought. It never did work satisfactorily. As a result, Twain went bankrupt and had to move to Europe to avoid his creditors. Eventually he recovered, paid his debts, and moved back to the United States.

Chester Carlson, the inventor of the Xerox process that is the basis for our copiers and laser printers today, demonstrated the Xerox process in 1938. But the first practical dry copier, the Xerox machine, didn’t make it to the market until 21 years later. The complexity and mystery of the process impeded financial investment, understanding, and serious acceptance of his invention. Motto: Keep it simple.

4. Study the market before investing emotional energy and time on what you believe is novel. It probably isn’t.

I don’t mean to sound negative or discouraging, but nearly all of what we (I include myself in the “we”) invent is a variation of something that has already been done. Most true novelty today comes from very high-tech discoveries, such as the MRI (magnetic resonance imaging) machine, or TV, computer, tablet screens, etc.

I don’t mean to imply that there are no opportunities left. Successful great inventions disrupt the old way of doing things, and the disruption creates small, practical opportunities for inventors.

Kitchen gadgets, tools, garden implements and more are areas that still offer opportunities for inventions. But always search the market as a first step after recording your idea in your inventor’s notebook. Many inventors think they have an original idea because they don’t see their invention being sold in stores. Check Amazon.com.

If you invent something that is a new variation on an old theme and rush to a patent attorney, you’ll pay a lot of money for a patentability opinion that will advise against filing a patent application. First, it is improbable that your version of the invention is novel. Even if it is, you won’t find a company that will want to license your patent due to the enormous amount of products already satisfying the need. The competition is fierce. You would almost certainly be wasting your efforts, even if your version of the product is slightly better than many of those already being produced and sold.

Surprisingly, if there is no competition whatsoever, this may be almost as bad as extreme competition. If no one has ever thought of your kind of invention— not necessarily your exact features and design—chances are that there is no market, or a very small one. If you proceed, you will have to invent the market as well as your invention. And you will be scratching a place that doesn’t itch.

5. Learn how to do your own preliminary patent search.

Don’t file a patent application without a professional search, however. Searching is more of an art than it may seem. I’ll e-mail you a copy of my instructions on how to do a search if you contact me at [email protected] Meanwhile, check out google.com/patents.

6. Join an inventors club if you can find one near you, or start one.

Your local newspaper may run a free publicity article about your plan, and you’ll be on your way. Once in operation, ask a local patent agent or patent attorney to join with you. You’ll have sound professional advice and a source of more members.

7. Courage and persistence are essential.

Most ideas don’t pan out, so you need to keep searching and evaluating. You have to kiss a lot of frogs before you find your princess or prince.