An Alarm Clock That Runs Away 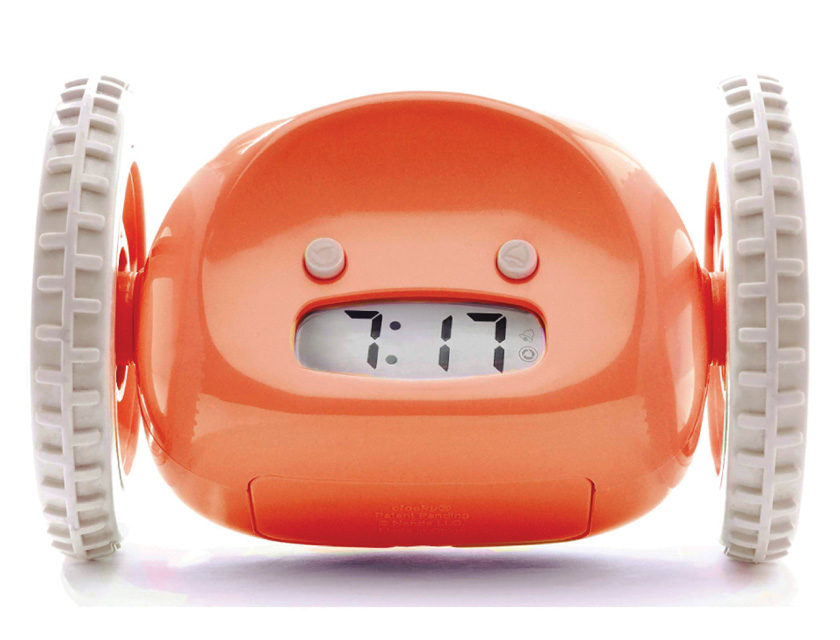 Arduino, the Italian company known for its maker-friendly ecosystem of microcontrollers, launched a new professional-grade development board for IoT.

The Portenta H7 features a dual core processor, with an on-board graphics accelerator that allows users to connect it to an external monitor via the USB-C port. The Portenta H7, which supports WiFi and Bluetooth wireless protocols, has two 80-pin connectors on the bottom of the board to support additional I/O and other board features.

The dual processing feature makes it possible to run machine-learning algorithms and vision learning tools while having a core left for user input or other parallel processing. The device is compatible with most existing code libraries and can be programmed with the standard Arduino IDE, making it accessible for novices as well. The boards are available for $99 and will ship in March.—Jeremy Losaw

It’s a clock, of course. But the wheels tell you it’s something very different: specifically, an alarm clock that runs away if you don’t shut it off in time. You can snooze once, but after that Clocky jumps off the nightstand and runs around beeping. Guaranteed to amuse and annoy.

Fourteen-year-old Alaina Gassler of West Grove, Pennsylvania, came up with a project for the Broadcom MASTERS competition to eliminate blind spots for drivers caused by the car frame. She won the $25,000 Samueli Foundation Prize for overall STEM excellence.

Alaina built a prototype system with a webcam, projector and 3D-printed materials to fill in the space the car frame blocks from drivers.

She mounted the webcam outside the passenger side A-pillar on a car and then displayed the live video on the inside pillar from a projector attached to the sunroof above the driver’s seat. She even printed a special part to help focus the projector at such close range.

The ratio of instances in which patent applications include a female inventor in German-speaking nations, according to the World Intellectual Property Organization. Patent gender disparity is rampant worldwide.

2 True or false: The number of women graduating in STEM core subjects continues to decline.

3 Who said this? “Imagination is not only the uniquely human capacity to envision that which is not, and therefore the fount of all invention and innovation.”
A) J.K. Rowling

5 Why did Benjamin Franklin create an odometer?

1.Nick Holonyack, a consulting engineer for General Electric Co., invented the first visible light-emitting diodes, commonly found in applications ranging from traffic lights to consumer electronics, in 1962. 2. False. The number grew from 22,020 in 2015 to 24,000 in 2018 (most recent data). But more men are graduating in these subject areas than women. 3.A. 4.True. 5.B.