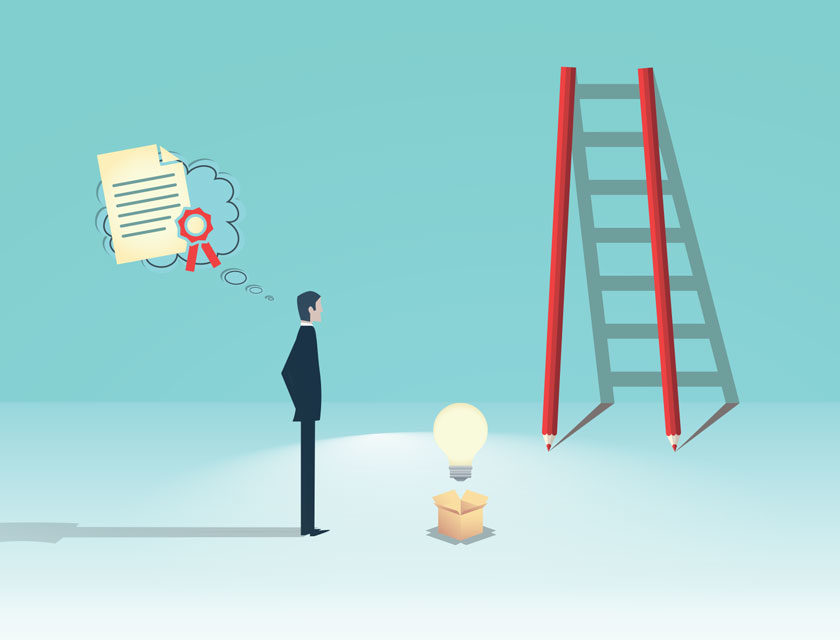 It is impossible for something that has a physical or concrete existence to be abstract. I suspect most elementary students know that.

The United States Court of Appeals for the Federal Circuit recently reversed the District of Minnesota’s denial of summary judgment in Solutran Inc. v. Elavon Inc. It found that the claims at issue, which related to processing paper checks, were invalid under Section 101 of the U.S. patent code.

The physicality of the limitations of the claims did not save the claims—the latest ruling that is a logical impossibility.

“[W]e have previously explained that merely reciting an abstract idea by itself in a claim—even if the idea is novel and non-obvious—is not enough to save it from ineligibility,” Judge Raymond Chen of the federal circuit explained for the majority.

The federal circuit can state that proposition until every judge is blue in the face and there will be one exhausting, inescapable truth: It is wrong!

This error is written into so many federal circuit decisions, one must wonder how it is possible any of the judges who believe this nonsense were able to achieve an acceptable score on the Law School Admissions Test in order to gain admission to law school in the first place.

One primary component of the LSAT is how adept the taker is with respect to logic. Obviously, anyone who believes this garbage dished by the federal circuit is wanting with respect to either intellectual honesty or logical reasoning abilities. Allow me to explain.

Section 101 says that if you are claiming a machine, process, article of manufacture or a composition of matter (i.e., compound), the invention is patent eligible. This question is a threshold one and historically in the United States—at least until 2010—virtually everything had been viewed as being patent eligible subject matter.

In 2010, the U.S. Supreme Court embarked upon a quartet of patent eligibility cases that from an innovator’s perspective have not only redefined what is patent eligible but have wreaked havoc on America’s primary technological fields: software, biotechnology and medical diagnostics (and by necessary implication medical devices, since you cannot treat what you cannot diagnose).

The two most alarming of the four cases are Alice Corp. v. CLS Bank (2014) and Mayo Collaborative v Prometheus Laboratories (2012), which together created what we know as the Alice/Mayo framework. This framework requires the decision maker to ask and answer a series of questions that go beyond the statutory inquiry before determining whether any patent claim question covers patent-eligible subject matter.

Step 2A: Missing the obvious

The first question of the Alice/Mayo framework (commonly referred to as Step 2A, or Step 1 of the Alice/Mayo framework) requires the decision maker to ask whether the patent claim seeks to cover one of the three specifically identified judicial exceptions to patent eligibility. At the moment there are only three identified judicial exceptions: laws of nature; natural phenomena; and abstract ideas.

If the claim does NOT implicate one of those judicial exceptions, the claim is patent eligible.

In true absurd form, neither the Supreme Court nor the federal circuit have ever defined what it means to be an abstract idea, despite that term being crucial to making an informed determination. The first definition on Google for the term “abstract,” which comes from the Oxford free English dictionary, defines the term as “existing in thought or as an idea but not having a physical or concrete existence.”

Therefore, Judge Chen and the other judges of the federal circuit who believe it is possible for a claim to cover an abstract idea while still reciting tangible, physical, concrete elements that actually exist are simply wrong.

There is no other way to say it, no sense sugar-coating it. It is impossible for something that has a physical or concrete existence to be abstract. I suspect most elementary students know that. How and why learned jurists have lost sight of the obvious is a mystery.

In the case when the patent claim seeks to cover a judicial exception to patent eligibility, such as covering an abstract idea, the final question (commonly referred to as Step 2B, or Step 2 of the Alice/Mayo framework) asks whether there is an inventive concept covered in the claimed invention that adds “significantly more” than the judicial exception.

Putting aside the logical and practical impossibility that something physical or concrete cannot be abstract, assuming arguendo that a jurist were to reach Step 2B and inquire whether there is a sufficient inventive concept, it is again a logical impossibility for the claim at issue to detail a novel and non-obvious innovation and at the same time still lack an inventive concept sufficient to add “sufficiently more.”

In other words, it is impossible for a claim that is novel and non-obvious under U.S. patent code Sections 102 and 103 to lack an inventive concept under Step 2B of the Alice/Mayo framework.

Again, there is no way to sugar-coat this inconvenient reality. If there is no prior art that can be brought to bear to reject the claims in the first instance or invalidate the claims once issued, that means the patent claims describe an innovation that does not directly overlap with the prior art. It also means that no combination of references can be found that add up to the sum total of the claimed invention.

This is precisely why the Supreme Court ruled in Diamond v. Diehr that it is inappropriate to consider novelty and non-obviousness when making a patent eligibility determination. And according to this Supreme Court, which has given us the Alice/Mayo framework, Diehr remains good law.

That must mean it has not been overruled—and that necessarily means the so-called hunt for an inventive concept must mean something different than what the federal circuit is turning it into.

It is time for the federal circuit to wise up.

Such ridiculous rulings should hardly be celebrated or even tolerated. They are ruining innovators in America and causing many stakeholders to seriously question whether we even need a federal circuit at all.