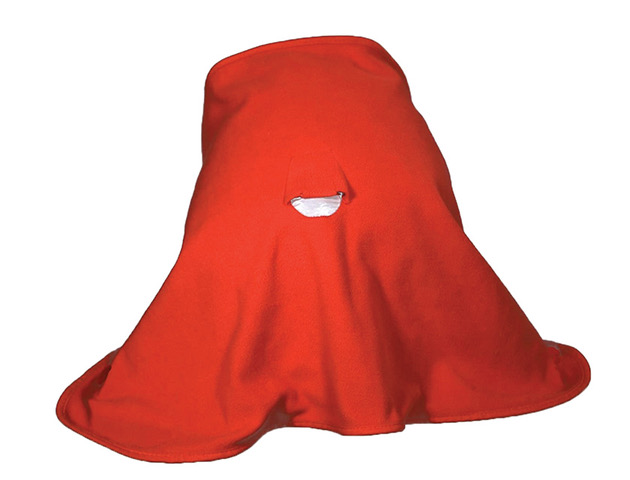 The British Broadcasting Corporation announced plans to launch its own virtual assistant.

Dubbed Beeb, the system can be deployed across a range of smart speakers, TVs and mobile phones without its own specific hardware. The system allows for recognition of the wildly variable regional accents across the United Kingdom; BBC staff’s voices are being used to train the artificial intelligence.

Beeb will also give the BBC its own platform to try new features without having to lobby existing platforms for access. The service is set to launch this year, with the initial rollout restricted to the UK. There, it will compete with other voice assistant products such as Amazon’s Alexa and Google Home.—Jeremy Losaw

It’s Casper the trendy ghost. It’s a homemade Halloween costume. No, it’s The Face Blanket, a large piece of cloth with a hole cut out that is supposed to keep you warm. “Great for camping and winter. Save money on heating costs,” the product description says. It’s on Amazon.com. Really.

A smart jacket invented by five smart students won first place and best of show at San Antonio’s first Invention Convention in March. Tenth-graders Alberto Alvarez, Elise Escobar, Savanna Martinez, Kiara Zamora and Natalie Zepeda from CAST STEM High School will compete against 500 other students from 25 states and 11 countries in the national competition, which will be online only because of the coronavirus. The team invented a multi-use jacket designed to protect homeless people via built-in smart weather-sensing technology. The jacket can be converted into a tent jacket, a backpack, an umbrella and more.

The number of phonograph-related inventions patented by Thomas Edison, though he was best known for his innovation of the first practical incandescent light bulb. Of his 1,093 patents, 389 were for electric light and power.

1 True or false: To have a copyright on your work, you have to register it.

5 True or false: The 8-track tape was not invented for use in cars.

1. False. You have copyright protection as soon as a work is created and fixed in a copy or recorded for the first time. 2.A. The patent was approved in 1970. 3. 1989, by Karlheinz Brandenburg in Erlagen, Germany. 4.A. His design features extra support with a “toe box” located “in the toe of the toe shoe, an upper and an outer sole.” 5. True. It was invented in 1964 by a group led by Bill Lear of Lear Jet Corp.