Care for the Bear: A Novel Approach to Diabetes Education 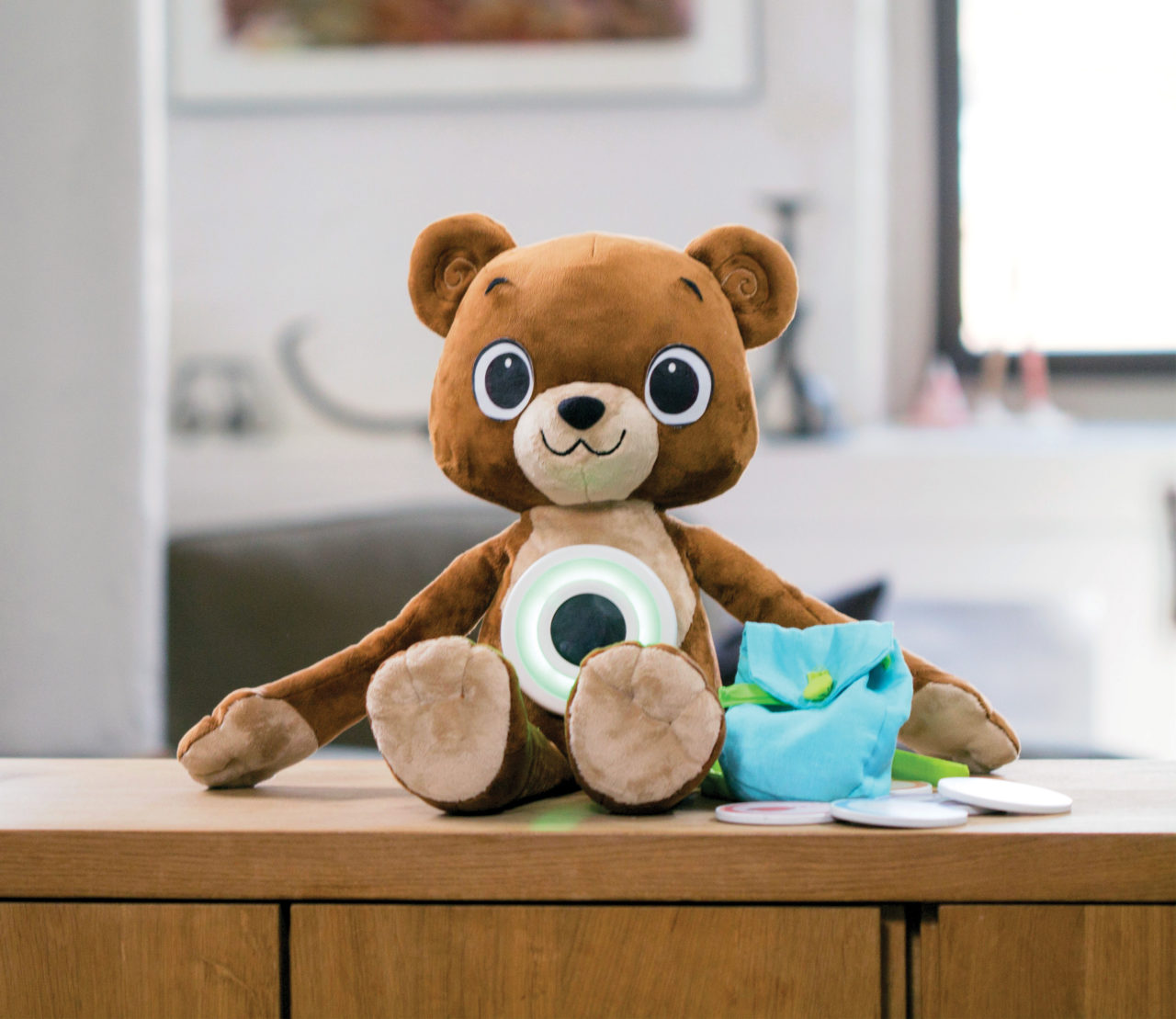 The pace of innovation in medicine and medical practices is relentless. The technology moves so quickly that it is often difficult for caregivers to explain the treatments behind the path to wellness. Hannah Chung, Aaron Horowitz and the Sproutel team have proven that healthcare innovation goes well beyond the parameters of surgical centers, laboratories and prescription drugs; innovation can also take the shape of a huggable stuffed animal—Jerry the Bear.

Developed to teach children newly diagnosed with type 1 diabetes how to manage the disease, Jerry has had a positive impact on the hearts and minds of the smallest of patients. Through Jerry, Chung and Horowitz are bridging the communication gap between medical practitioners and the most impressionable of patients, giving children with a serious health issue a greater understanding of their condition and the methods necessary to control or treat it.

Jerry the Bear started out as a sketch on a Post-it® Note, but has evolved into a cuddly teddy bear that educates children and promotes “empathy and understanding, ultimately empowering them to take an active role in their diabetes care.” Children can “feed” Jerry one of 10 food cards, and the carbohydrate grams passed over his mouth are calculated on a touch screen on Jerry’s stomach to teach children correct food choices. Children can also squeeze one of Jerry’s fingers to measure blood-sugar levels, which are also indicated on the touch screen. When the sugar levels get out of range, the insulin pen can be touched to one of the injection sites on the bear’s body to adjust the blood-sugar level. This allows the patient to become the care provider and teaches how eating healthy foods can help manage the disease.

The idea for Jerry the Bear was born from a passion to help families deal with diabetes. Daily injections and the consequences of long-term health issues were part of both Chung and Horowitz’s lives. Chung’s grandfather died of hypoglycemia, and her father was diagnosed with type 2 diabetes. Horowitz grew up with human growth hormone deficiency and needed frequent injections as part of his treatment.

Chung and Horowitz met while working on mechanical engineering degrees at Northwestern University. They were members of a student group called Design for America, which helps solve social issues through informed design. One of the first challenges posed by DFA in 2009 was how to make lives better for people living with diabetes. During the design challenge, while Chung and Horowitz were interviewing families with diabetic children, they noticed that children were caring for their stuffed animals as if they had diabetes, too. “They were using the stuffed animals that were already in their lives to act through and put themselves in the role of caregiver…to understand their disease. We thought, ‘Can we bring this behavior that already exists…and make it educational?’ ” recalls Horowitz.

Despite being engineering students, neither Chung nor Horowitz had experience with robotics. Driven by necessity, they took an independent study course one semester with the goal of building the first working prototype in 10 weeks. “The prototype was anything but pretty,” says Horowitz. “The eyes were hacked out of a Ferbie. It was made from rock-hard modeling foam, and the head was nailed to its chest—but it served the purpose.”

The team tested the concept with a diabetic child living in a Chicago suburb. The child was not thrilled by the aesthetics of the prototype, but his excitement gave Chung and Horowitz the spark to continue prototyping and refining the bear.

Jerry went through at least 29 different prototypes, including refinements to the size, interface, sensors and shape of the smile, before the bear was released. There were also over 100 smaller component-level prototypes to help calculate the electronics. The original prototypes were created with an Arduino microcontroller and modeling foam. As the product became more refined, the team moved to custom PCBs with a touch-screen interface and 3D-printed parts. Chung and Horowitz performed user intercepts throughout the development process to help converge toward product specifications that users requested.

Developing a curriculum around the bear was a major task. Chung and Horowitz decided to develop an animated story-based curriculum, which was reviewed by parent groups and healthcare professionals. The major plot line is that Jerry is training for the All Star Games and has to eat healthy foods to perform his best. Twenty-one challenge-based storybooks come with the bear. The child must complete tasks at the end of each book to unlock the next story.

The Sproutel team has utility and design patents pending for the technology and Jerry’s appearance. Early in the prototyping process, they worked with a professor to file the provisional patent. They were then taken under the wing of a local law firm that filed the non-provisional applications pro-bono. The team feels that having intellectual property protection has helped to prove their expertise in the field and get investors on board to fund the product.

Four different manufacturers helped produce the first run of bears. “Everyone said we had to go overseas, so we got on a plane and went to China,” says Horowitz. Mentors helped set up meetings with manufacturing groups, but Chung and Horowitz soon realized that the factories’ minimum-order quantities were out of reach. Despite their low MOQ needs, the two were able to find an electronics group that agreed to work with them.

When Chung and Horowitz returned to the United States, they still needed a supplier for the plush and the electronic housing and accessories. They were only able to find two plush manufacturers left in the United States—one in North Carolina and another in Arizona. The North Carolina facility only sewed jumbo-size animals, but the Arizona facility had the equipment to do the job. The team engaged Protolabs in Minnesota to make the short-run injection molding tooling and the parts for the housings, while another domestic injection molding group was sourced to make the food coins.

After four years of hard work, Jerry the Bear launched in 2013. Chung and Horowitz sold 500 units in the first two years, which accounted for four percent of children newly diagnosed with diabetes in 2014. Many of the sales were garnered through word-of-mouth and Internet marketing, but sales were also enhanced through a partnership with Context Media Inc., which provides patient education programs for waiting room televisions. Positive sales growth and plaudits from parents and healthcare professionals helped Chung and Horowitz secure additional funding from angel investors to add two more people to the team. While Jerry is their first character and the central figure of the storybooks, the team has plans to create other products based on the other characters in the series.

The Sproutel team is also working on expansion packs to deal with other conditions such as asthma and food allergies. They also hope to use the platform to help all children learn the core values of health, wellness and the positive effects of nutritious food choices on their bodies and minds.