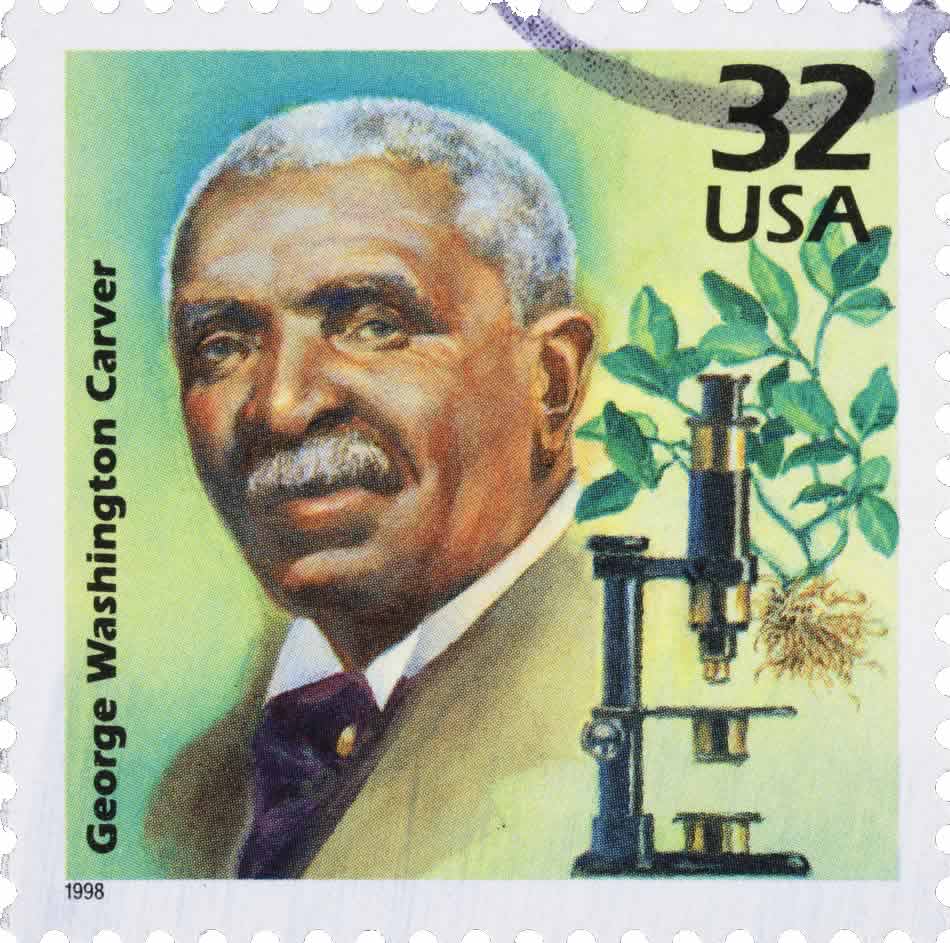 The desk from where I write in Charlotte, North Carolina, is the perfect place to write about famous African-American inventors as we celebrate Black History Month. The annual Central Intercollegiate Athletic Association Tournament — a showcase for basketball teams from the CIAA, which mostly consists of historically black colleges and universities — is in Charlotte February 20-25.

George Washington Carver was “Mr. Peanut” long before the advertising mascot for Planters became popular. Born into slavery in Diamond, Missouri, around 1864 (the exact date is unknown), Carver devised more than 100 products using the peanut, including dyes, plastics and gasoline. He became a prominent inventor and scientist, and was a teacher at the Tuskegee Institute.

Sarah Boone solved the problem of ironing on the table or floor in no time flat. In her patent application for improvements to the ironing board, she wrote that the purpose of her invention was “to produce a cheap, simple, convenient and highly effective device, particularly adapted to be used in ironing the sleeves and bodies of ladies’ garments.” She received patent rights in 1892.

Lewis Latimer didn’t invent the light bulb (and neither did Thomas Edison, regardless of widespread reporting and assumptions to the contrary). But he certainly had a major role in bringing the light bulb into our homes and neighborhoods. Latimer (1848-1928), born to parents who escaped slavery six years before he was born, patented a carbon filament for the incandescent light bulb while working at the U.S. Electric Lighting Company in 1881. His invention made the bulb more practical and affordable. He also contributed to the invention of the telephone.

It was rare enough to be an African-American surgeon in the late 1800s, but Daniel Hale Williams has the even rarer distinction of being the first doctor to successfully perform open-heart surgery. Two years after establishing the Provident Hospital and Training School Association, he treated a young man who suffered a serious stab wound during a bar fight. James Cornish lived another 50 years after the surgery. Williams did not document his achievement but was later recognized for it. Blackinventor.com notes that “it is actually more noteworthy that he was the first surgeon to open the chest cavity successfully without the patient dying of infection. His procedures would therefore be used as standards for future internal surgeries.”

Garrett Morgan’s relative anonymity in popular circles is puzzling, given how prolific he was as an inventor. Morgan (1877-1963) received patents for innovations that included a traffic signal, improved sewing machine and a respiratory device that ultimately provided a blueprint for gas masks used in World War I. He invented the traffic signal after witnessing a crash between a horse-drawn carriage and a car. Morgan was often invited to conventions and events to show how his inventions worked.

From the modern-day fireproof safe to the multiplex telegraph to 3D graphics technology used in films and so much more, African-Americans have made an indelible imprint on inventing — and almost always in an unheralded way.