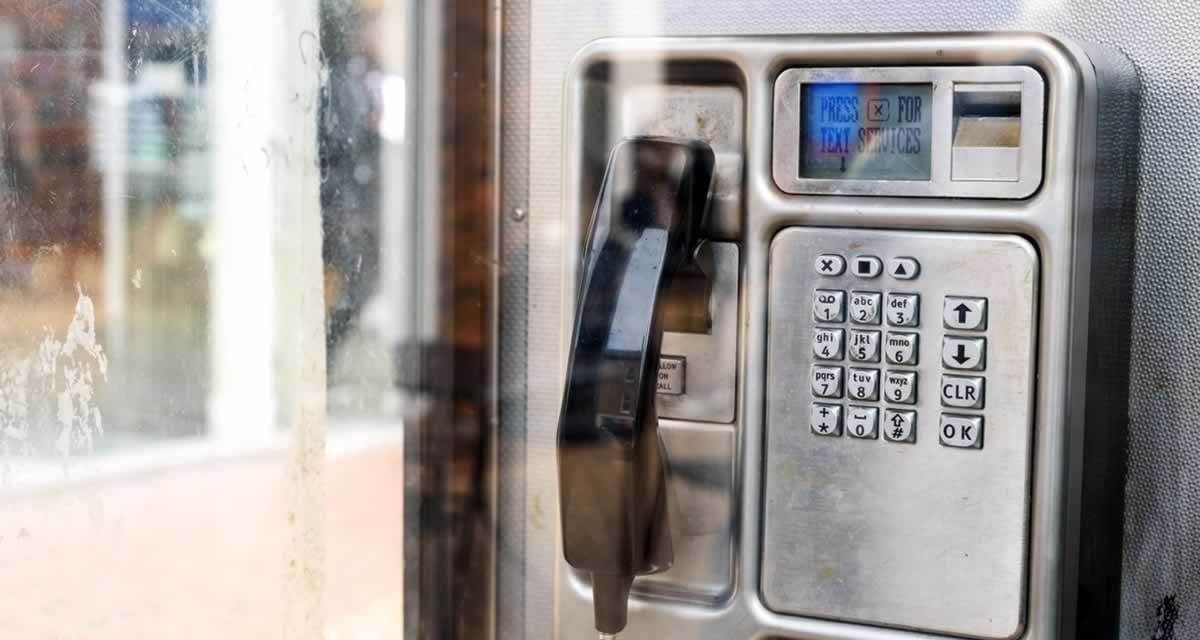 Push-button format added convenience, enabled today’s high-tech communication devices. Although introduced in 1963, the push-button phone wasn’t in the majority of U.S. homes until the 1980s.

If someone told you that the push-button telephone made its debut in the United States while John F. Kennedy was alive and before the Beatles came to America, your skepticism would be understandable.

After all, the rotary phone lingered for the better part of a century following its 1892 debut. The push-button phone didn’t start catching on in American homes until the late 1970s and wasn’t in the majority of homes until the 1980s.

Yet on November 18, 1963—with Kennedy visiting Tampa and Miami, four days before his assassination in Dallas—the Bell System introduced the first commercial push-button telephone. It was installed in Carnegie and Greensburg, Pennsylvania, near Pittsburgh, after several years of testing.

The phone used the “dual-tone-multi-frequency” technology under its registered Touch-Tone® mark, replacing pulse dialing with the tone dialing that has become the standard in all telephones and mobiles today.

The concept of the use of push-buttons in telephony dates to the 19th century. A London Times report originating from Paris and dated March 8, 1887, references a “micro-telephone push-button,” but the device was experimental and apparently not an automatic dialing system as understood later. The first push-button telephone as part of an automatic dialing system was invented by Bell Telephone in 1941, but those models were only prototypes.

Bell seemed to anticipate the public’s reluctance to switch to a different format after some 70 years of rotary dialing. At the 1962 Seattle World’s Fair, it had enacted an interactive display to show the advantages of a push-button phone.

The news media presented some cautions. In a November 1960 article in Britain’s Telcoms Journal, writer W.J.E. Tobin explained: “Push-button devices are, of course, quicker to operate than the dial which is the standard device over the whole world at present, but it does not follow that calls would be connected more quickly, as this is determined basically by the type of switching equipment used in the exchanges and the type of signalling equipment used between exchanges on multi-link calls.

“This exchange and signalling equipment exists in large quantities in any country that is reasonably well developed telephonically, and much depends on its nature whether it is economic or practical to make modifications to take advantage of the possibilities of push-button sending.”

By the early Seventies, industry observers were warming to the notion even if the general public was still slow to embrace it: “Its simple touch action has a number of advantages over the rotating dial,” wrote M.T. Bark in the summer 1972 Telcoms Journal. “It can be used with less effort and is very much faster to operate, making it easier for long STD numbers and even longer international (ISD) numbers to be keyed before the fallible human memory has forgotten them. This should reduce the risk of dialing error, one of the most common causes of misrouted calls.”

Until the 2000s, the public was consistently slow to embrace change with phones in general. Although the first cell phone call took place in 1973, it wasn’t until roughly the turn of the century that more than half of Americans owned a mobile phone.

Today, 95 percent of Americans own a cell phone of some kind, per pewinternet.org. Many of those are smartphones that enable full internet access and numerous apps to help you perform any number of tasks. For the most part, you can’t even use a rotary phone today without the help of an analog-to-digital converter.

The portability of the phone has also evolved, with the popular flip phone of 20 years ago gradually being replaced by today’s devices that resemble a small tablet. Both designs are an ideal fit for the push-button format; future iterations will be as well.

For some, the general obsolescence of rotary phones comes with some regret—not just because they represented a simpler time, but because in some places they were considered a design statement. Per gizmondo.com:

“It’s likely that many of you have never used a rotary phone: heard the pulse take the place of the tone, mustered your patience as the dial rolls back it its reset, cursed a number with so many zeroes in it because it takes so long to call. And that’s a shame, because rotary phones are awesome: physical of a time when the home phone was home decor.”