China? Let’s Clean Up Our Own IP First 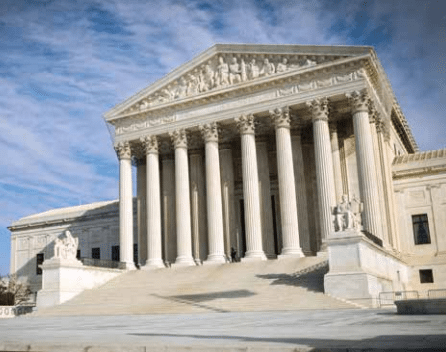 Recent federal circuit rulings give patent owners hope; infringer defendants may no longer be able to count on summary motion to dispose of lawsuits quickly and inexpensively, as previously prevailed.

Many of you have heard that the Trump administration’s new trade war aims squarely at China as payback over what is alleged to be systematic IP theft, per this complaint launched at the World Trade Organization.

“China appears to be breaking WTO rules by denying foreign patent holders, including U.S. companies, basic patent rights to stop a Chinese entity from using the technology after a licensing contract ends,” the U.S. trade representative’s office said in a statement.  “China also appears to be breaking WTO rules by imposing mandatory adverse contract terms that discriminate against and are less favorable for imported foreign technology.” Not surprisingly, China expected such a move and vowed to contest the complaint while levying its own set of tariffs to counter those announced by the United States.

Some may find this move by the current U.S. administration—in a rare moment of actual policy making—a sign of optimism for the U.S. IP market. Although IP rights are the backbone of our innovation engine and must be protected against unfair competition by foreign powers, one can only hope that our administration/government agencies start by cleaning its own backyard, no?

U.S. inventors live with a patent system that has been erected as an invalidation machine—whether they succumb during inter partes reviews in front of the much-maligned Patent Trial and Appeal Board or are axed by the federal courts under the Alice doctrine (based on the 2014 U.S. Supreme Court decision of the same name), which states that inventions that cover “abstract ideas” are not per se patentable subject matter.

Sadly, until recently, nearly 80 percent of all patents challenged under the “abstract idea” argument have fallen prey to the courts’ decisions, generally by way of summary motion at the beginning of a case. This means that most plaintiffs filing suit against infringers were simply told to pack their bags very early in the process, denying their right to a day in court. As a result, with the prevalence of this new doctrine, there is little incentive for an operating company approached by a patent owner to negotiate a license in good faith; the odds of killing the patent(s) at stake are so high and the costs to do so are still very low compared to a full trial on the merits.

Needless to say, this has had an important ripple effect on patent valuations by bringing them down significantly and on the very appetite for patent owners to initiate a lawsuit, even if the infringement is blatant (most recent data show that patent litigation in the United States is down more than 40 percent so far compared to last year). For example, we at Tangible IP often receive offers on our portfolios for sale from non-practicing entities (a party holding a patent for a product or process but with no intention of developing it) who claim that they cannot offer any cash up front for the acquisition—because the risk of losing on Alice grounds is too high and they need to keep their powder dry for the fight, so to speak. Just a few years ago, these offers would have comprised a significant cash component.

However, there may finally be some light at the end of this rabbit hole. Patent owners have recently received some good news from the United States Court of Appeals for the Federal Circuit. Two decisions from the court in Berkheimer v. HP and in Aatrix Software v. Green Shades Software stated that deciding whether a patent may simply embody an “abstract idea” may also be a question of facts, not just one of law.

Why is this important? A question of law can be adjudicated upon by a judge on summary motion, while a mixed question of law and facts must go before a trial jury. This means that defendants may no longer be able to count on summary motion to dispose of lawsuits quickly and inexpensively, as previously prevailed after the Alice decision. Facing the prospect of a full trial on the merits and the possibility that a jury of peers may be more sympathetic to an inventor than a judge, infringers could be forced to revisit their assumptions and realize there is value in that licensing discussion after all.

While everyone waits for the upcoming Supreme Court decision regarding the constitutionality of the PTAB itself in Oil States Energy Services v. Greene’s Energy Group, we believe these decisions in the meantime—should they become the new normal—could have a significantly positive impact on patent valuations going forward, especially in the software arena where patents have been hit the hardest.

Time will tell if Alice is back in Wonderland after all.

The big recent news was the acquisition by publicly traded NPE InterDigital (after a recent executive shake-up) of the whole technicolor licensing patent portfolio of 21,000 patents—which is one of the largest—around video coding technologies. The reported deal structure was an upfront cash payment of $150 million, plus 42.5 percent of future revenues in the consumer electronics field.

Another well-known NPE, Dominion Harbor, turned to former patent aggregation behemoth Intellectual Ventures and acquired a large swath (more than 1,000 assets) of patents formerly owned by American Express. … In previous weeks and on a smaller scale, we witnessed several transactions involving well-known players: Samsung bought a small portfolio of former Yahoo patents (now belonging to Altaba), while Google acquired virtual reality camera maker Lytro for $40 million in what seemed to be mostly a technology and IP deal (i.e. almost no employees moved to Google). This would likely qualify as a fire sale, as Lytro was valued at more than $360 million after a $200 million investment round just a year ago.

In China, it was reported that the Chinese Academy of Sciences put 36 of its patents up for auction and they were snapped in less than three hours for a total price of 5.03 million yuan ($794,600 U.S.). Before anyone jumps to the conclusion that the Chinese market can move assets a lot faster than in other jurisdictions, it is important to remember that under the current Chinese IP 5-year plan, one can receive up to 5 million yuan in government subsidies for bringing innovations to market. In other words, the full acquisition price was indirectly paid for by the Chinese government in this transaction.

Publicly traded NPE Finjan scored another big win with the announcement of a large patent settlement (reported elsewhere to be $65 million, with a potential for another $45 million) from security firm Symantec. Finjan is one of the few NPEs that seem to have found a winning formula inside and outside the court. Its stock was up 20 percent on the news; however, it still hovers at a fraction of its former glory from a few years back, reflecting a more generalized pessimistic view by investors of the IP monetization market.

Health-tech seems to be the latest expansion strategy of several large telcom companies, as reflected by the 300-plus patent filings by the Big 3 (Alphabet, Microsoft and Apple) from 2013 to 2017. Though the number is relatively small compared to their annual filings, these three are definitely not health care companies and it is interesting to see that they intend to play an increasing role in that arena.

I’ll see you in court

Blackberry is still flexing its patent muscles, and its latest targets are social media companies. It   recently filed suits against Facebook, Instagram and WhatsApp for alleged willful infringement of some mobile communications patents. … Another noteworthy suit was Tinder’s parent company, Match (of eponymous Match.com), against competitor Bumble. This is one that won’t be easy to swipe left. … Apple was also pretty busy lately, launching its own lawsuit in the U.K. against Qualcomm over SEP patents, while it was the recipient of distinct complaints filed from Portal Communications and Inventergy.

On the legislative front

One would be remiss not to mention the introduction of two separate bill proposals in Congress (yes, Congress still works!). The first one, dubbed the Small Business Innovation Protection Act, is a “feel-good” law that helps small businesses protect their intellectual property by improving education related to obtaining and protecting patents. The bill requires the U.S. Small Business Administration and the U.S. Patent and Trademark Office to work together to leverage existing outreach programs to better educate small businesses on domestic and international patents.

The second, the STRONGER Patent Act, is much more substantial and was introduced in the House after earlier introduction in the Senate. It is sponsored by both U.S. Reps. Steve Stivers (R-Ohio) and Bill Foster (D-Ill.), who indicated that the STRONGER Patents Act is needed now because “recent changes to patent laws have made patents harder to defend and enforce, and they have devalued American intellectual property.” They also enumerate perceived shortcomings of the PTAB, including that “the PTAB now routinely throws out patents that have been duly awarded by the U.S. Patent and Trademark Office using loopholes and weaker disparate standards,” that “it has canceled patents after district courts upheld the patent,” and that patent owners are forced to frequently battle both in court and at the PTAB with conflicting decisions.”  BIO, the industry association representing the biotech businesses, came out publicly supporting the bill.

Although this bill joins a large group of other legislation intended to further reform patent law, it is noteworthy that the most recent bills introduced in Congress tend to support stronger patent rights, which would suggest that the anti-troll narrative may have finally met its Waterloo. But never underestimate the power of lobbying. Nobody should presume how this is going to end.