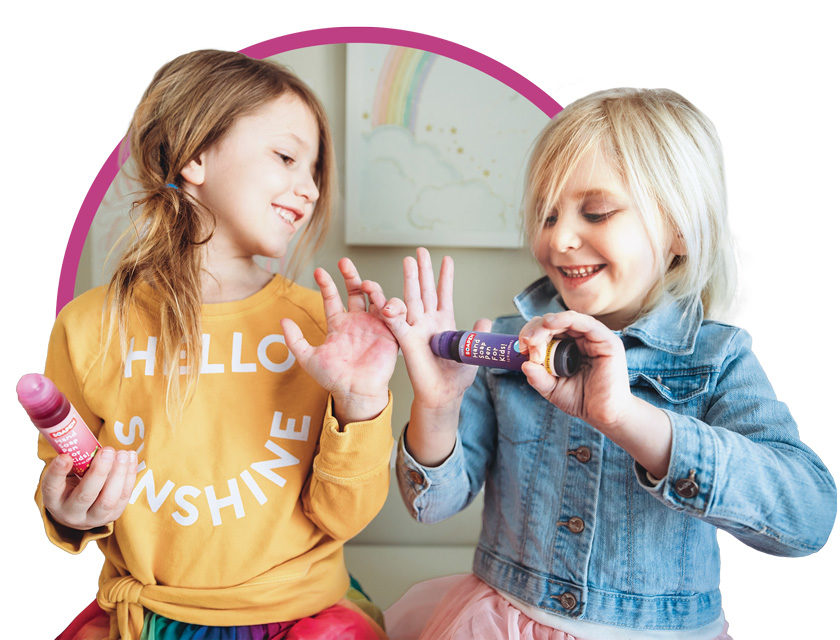 “More and more people are realizing the life-saving importance of handwashing with soap and teaching these habits early.”

“We’ve made countless prototypes of SoaPen—getting user feedback and refining it even more—and James Dyson remains one of the biggest inspirations of the iterative process.”

Kids do the darndest things. “One of our customers wrote in, saying her daughter used to hate washing her hands with soap,” says SoaPen cofounder Amanat Anand. “But since the introduction of SoaPen, she loves it so much she even washes her doll’s hands every day.”

In an age when hand sanitizers and cleaning wipes have vaulted into worldwide prominence overnight, 20somethings Anand and Shubham Issar were five years ahead of their time.

Of course they did not foresee the historic COVID-19 pandemic in 2015 when they conceived of and began promoting SoaPen, a soap-crayon with a rollerball tip that young children can draw with as encouragement for washing their hands.

Issar and Anand had also been unaware of the scale of these benefits for a long time. Their surprise might be your surprise as well when you learn that these runners-up for the 2017 U.S. James Dyson Award grew up in New Delhi, India, known for its poor sanitation.

On the other hand, it probably won’t surprise you that since the pandemic became a global phenomenon, “there has been a definite spike in SoaPen sales with more awareness on the benefits of handwashing with soap,” Issar says.

The product was sold out on soapen.com as of this writing, with hopes it would be back in stock soon.

Like the new emphasis on cleanliness around the world, the invention of SoaPen was a team effort.

“It’s hard to say at what point of the brainstorming session the idea of SoaPen came about,” Issar says. “We had so many solutions we were thinking about. But in the end, we chose SoaPen because it fit seamlessly into our user’s life.”

A pivotal moment came when Issar and Anand, who had graduated from New York City’s Parsons School of Design in 2015, traveled to their home country late that year. They wanted to examine the structure of low-income schools and what was stopping kids from adequately washing their hands.

Growing up in India, the product’s cofounders saw that basic necessities such as soap could be scarce. Other impoverished countries suffer the same fate. Further, the two said, preventing disease takes on added importance in countries where health care is also in short supply.

But what they saw during their trip brought the urgency of the situation to life.

Children rarely washed their hands. Donated liquid soap was locked in closets by teachers so that children wouldn’t misuse it or steal it.

“The soap was taken out once during the midday meal,” Issar says. “The teacher would put a coin-sized amount on each child’s hand.

“In India, class sizes tend to be pretty big sometimes with a ratio of 1 teach to 60 students, and this task of administering soap on to each child’s hands was pretty tedious. If the teacher didn’t have a helper, the kids wouldn’t get to wash their hands even once during the day.”

When kids in these classrooms were given soap before lunchtime, they didn’t want to wash their hands. They preferred to color.

Aha moment: What about combining coloring and washing with soap? What about moving soap from the bathroom to the classroom?

“At that young age, kids love drawing and it’s the primary activity in classrooms,” Issar says. “We wanted to create something that was portable and fun so that it catered to both teachers and kids. They could use the soap themselves in the classroom and go to the washroom and wash their hands off, and the teacher could check if kids properly washed their hands by looking for leftover traces of the soap drawings.”

Shortly after Anand and Issar got their undergraduate industrial design degrees from the Parsons School, they entered their concept at the UNICEF Wearables for Good Challenge in late 2015. Issar recalls:

“The UNICEF competition highlighted and made us aware of the fact that every year, over 1.5 million children under the age of 5 die due to infectious illnesses like diarrhea—over 50 percent of which can be prevented by simply washing hands with soap. We were shocked by these statistics.”

In early 2016, SoaPen won the UNICEF competition. The company was awarded $15,000 to develop the concept into prototypes.

The next year, the invention was the runner-up for the U.S. Dyson Award.

“We’ve made countless prototypes of SoaPen—getting user feedback and refining it even more—and James Dyson remains one of the biggest inspirations of the iterative process.”

In late 2017, SoaPen ran a successful crowdfunding campaign on Kickstarter, backed by Quickbooks, that provided the capital for the product’s first large-scale production run. SoaPen was launched on Global Handwashing Day, October 15.

Like virtually all inventors, Issar and Anand have navigated a path strewn with obstacles. They had a clear vision for how their invention would look and feel but uncertainty over the many steps to reach a packaged, ready-to-sell product.

Simply assembling the right team took months. “In the beginning, the biggest challenge was finding the right partners since we were young and inexperienced,” Anand says. “We combatted that by surrounding ourselves with industry-specific advisers and mentors who guided us in the right direction.

“As we’ve grown, marketing continues to be an issue as like every bootstrapped startup, we have very limited funds to spend on ads and have relied on media to get the word out.”

Those efforts have yielded coverage in Forbes and Money, Toyota’s Mothers of Invention and more. Anand and Issar made Forbes’ prestigious “30 under 30” list of entrepreneurs.

Anand says in a Dyson video for SoaPen that initially, the team focused on four main components: cost, packaging, environmental, and the human factor. “You kind of have to balance all of them at one time. And you never know which is the right balance.”

There have been times the two wanted to give up. Manufacturing, traditionally a field traditionally dominated by older men, has proven particularly imposing.

“We’ve gone back and forth on the littlest of things, and made the biggest mistakes with things that we are too embarrassed to even tell people that we’ve done,” Anand told Dyson.

The colorful crayon-pens last for up to 60 hand washes, with an intuitive gradient that helps kids track their washes. Given SoaPen’s wild popularity, ideas for more product features and extensions are bubbling over.

Issar says she and Anand are “working on introducing a rainbow of color and that “a lot of parents have also requested a larger size of SoaPen for bath time.

“Another idea we’re working on is a bar SoaPen that would draw like a crayon on kids’ hands! Additionally, given the need of the hour, we’ve launched a hand sanitizer.”

The cofounders also make time to be active participants in their mission for cleaner hands. For every three SoaPens sold, they donate one to a lower-income school that has limited resources for proper sanitation.

“We recently did a handwashing campaign in an indigenous school in the Philippines,” Anand says. “Seeing that impact is extremely humbling.

“The biggest satisfaction is seeing SoaPen in action with kids and how excited they get when they use it—also, parents’ relief and happiness that their kids are properly washing their hands. When they ask, ‘Did you wash your hands?’ for the 100th time that day, kids say yes.”

*Statistics from All Portable Sinks

You’re Probably Not Doing it Right

The correct way to wash your hands, from the United States Centers for Disease Control and Prevention:

Hand-washing and sanitation-related products dominated a recent USA Today list of the leading sold-out items during the COVID-19 pandemic: