Considering a Patent? 5 Things You May Not Know 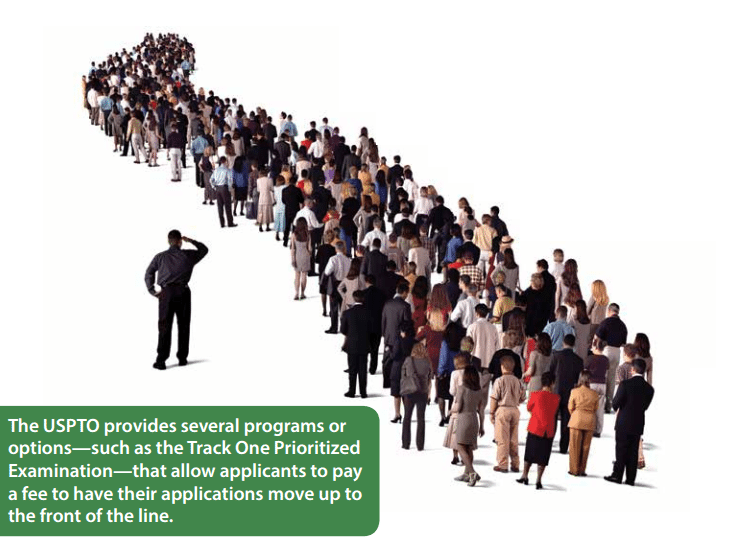 Some rules and realities in the process can be surprising.

Whether you are a garage tinkerer or an engineer at a technology company, you probably have considered obtaining a patent to protect one of your ideas or innovations. There is an allure to a government-issued document declaring that you are the inventor of a patent that grants you exclusive rights to your innovation.

But first, here are five things to consider before calling your patent attorney:

In 2015, 411,728 new patent applications were filed at the United States Patent and Trademark Office, a total that has increased during each of the past five years. Even though the USPTO has tens of thousands of patent examiners examining these applications, the large volume results in a relatively long backlog of pending applications. Typically, after a new patent application is filed, it takes about one to two years for that application to be reviewed and examined by an examiner. Another year or two may pass while the patent application goes through several rounds of office actions and responses between the patent examiner and your patent attorney. You may have already won a Nobel Prize for your invention before the USPTO issues a patent for it. The USPTO provides a few options for speeding up the patenting process by filing a petition to make allowances based on special circumstances, such as age or health. For those who do not have special circumstances and prefer not to wait in line, the USPTO provides several programs or options—such as the Track One Prioritized Examination—that allow applicants to pay a fee to have their applications move up to the front of the line. Based on your unique circumstance, an experienced patent attorney can explore different options with your to speed up the patenting process.

2 You usually don’t get a patent for the invention with which you started.

A prior art search can provide an idea of whether there are prior arts similar to your invention. Based on the result of the prior art search, an experienced patent attorney can provide you with an analysis of how much protection you can realistically expect to obtain from filing a patent application. Typically, patent protection in a more crowded technology area tends to be narrower and is harder to get, in which case you may want to invest your patenting effort in another innovation.

For example, having a patent on a widget you have invented provides no assurance that you will not be sued by another person if that person believes your widget infringes on his/her patent. This may confuse some people. Imagine that a patent is a sword, not a shield. Thus, having a patent on your widget does not shield you from patent lawsuits, as someone else may already obtained patent(s) that arguably cover some aspects of your widget.

The patent’s value is as a sword that fights off others’ efforts to infringe on your unique rights. Further, in the event that you are named in a patent lawsuit, having a well-drafted patent will put you in a better negotiating position for cross licensing.

4 You must pay to keep the patent alive.

After waiting several years and paying tens of thousands of dollars to the USPTO and your patent attorney, you finally receive a patent and hope that the patent will stop costing more money. But to keep the patent in force, you have to pay maintenance fees at 3.5 years, 7.5 years and 11.5 years after issuance of the patent.

For example, for a large-entity applicant, the maintenance fees are $1,600 due at 3.5 years, $3,600 at 7.5 years, and $7,400 at 11.5 years. Although there is a 50 percent or 75 percent discount for individual inventors or small organizations, these maintenance fees can still add up when you have to keep multiple patents in force. Thus, you or your patent attorney should periodically review your patent portfolio and consider carefully whether some patents should be allowed to lapse to reduce the cost of maintenance fees.

5 After your patent expires, it becomes public domain.

A utility patent generally expires approximately 20 years after filing, and following expiration the invention becomes public domain—meaning that anyone can make, use or sell the invention. So if you want to keep the exclusive right to your innovative idea for longer, consider other means of protection. For example, trade secret protection is one option that allows an idea to be protected for as long as it is kept a secret from the public. Famous examples of trade secrets include the formula for Coca-Cola, ingredients for KFC’s fried chicken, and the formula for WD-40.

The patent system is one of the most powerful tools for protecting innovation.  Technology companies have risen and fallen based on a little piece of paper called a patent.  However, there is no one-size-fits-all solution when it comes to protecting your intellectual property. Given the substantial costs and time associated with obtaining a patent, you should discuss and consider all options with an experienced patent attorney on how to best protect your innovation