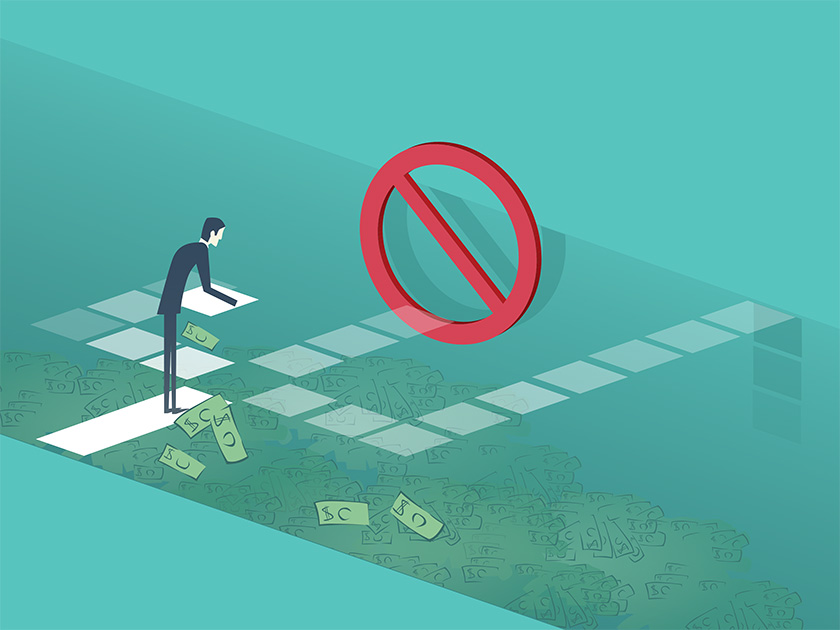 There are two aspects to the licensing value of your patent: the probability of salvaging the essential independent claim, and the value of that claim for licensing.

Here’s the scene: Your patent professional (patent agent or patent attorney) has invited you to his or her office to discuss the “first office action” received from the United States Patent and Trademark Office.

So, you meet and are shown a response that has rejected 11 of your 14 application claims. You ask if there is any hope of saving most of the claims through a rebuttal. The attorney promises to try.

You know that a rebuttal will take research and the writing of a good argument that convinces the patent examiner that his or her interpretation was wrong.

But there is no need to decide at the time of your meeting. Also, you haven’t done enough analysis to make the best decision. You need to take your time and consider three things before committing to more expense.

Are the odds 10 percent or 50 percent that your rebuttal will prevail? This is a fair question, and it should be answered by the patent professional.

No one can say with certainty what the odds are, of course.

Remember, there are two aspects to the licensing value of your patent: the probability of salvaging the essential independent claim, and the value of that claim for licensing.

Most patent applications that are drafted for independent inventors have only one or two independent claims, rarely three. Thus, the odds are high that any independent claim permanently rejected will change the marketing value of your issued patent dramatically.

My main point is that I’ve known many inventors who didn’t understand the key points of a patent application, or of the patent itself, and paid a lot of money for an essentially worthless patent.

If you don’t understand what independent and dependent claims are, ask your patent agent or attorney. Better yet, purchase a copy of David Pressman’s book, “Patent it Yourself.”

Know what is covered

Although I don’t advise you to attempt to write your own patent, I urge every inventor who is not experienced in filing for a patent to study Pressman’s book before talking to a patent agent or patent attorney. Remember, attorneys charge by the hour, and the more you know about the essentials of patentability and application filing, the less you’ll be charged for your patent.

Now, if your patent agent or attorney tells you that the odds of salvaging the initial rejection are low and you decide to abandon the application, your main option is to produce and market your invention on your own. But to be sure that you will not infringe on another patent holder’s patent, you must obtain a “freedom to operate” opinion from your patent professional.

In other words, are there current patents, or published patent applications, that cover features of your invention that you will use in your produced design?

In my opinion, this question should be answered before filing. It should be a regular part of the application process. Here’s why: If your patent issues, and your potential licensee has to pay royalties to you and to another inventor for features that are included in your invention, but not claimable by you, your chances of landing a licensee are reduced. Even if a producer is willing to pay, say, a 5 percent royalty, if that producer has to pay two inventors, your royalties will be cut in half, or thereabouts.

Let’s take the position that even though your patent application suffered final rejection, no infringement complication was found. You then are free to produce and market without the fear of infringing on another inventor’s current patent. Is that practical?

During the years I worked for corporations, I witnessed the launching of several new products. And, of course, I’ve launched a few of my own. I’ll conclude with six cautions to consider before deciding to produce on your own.