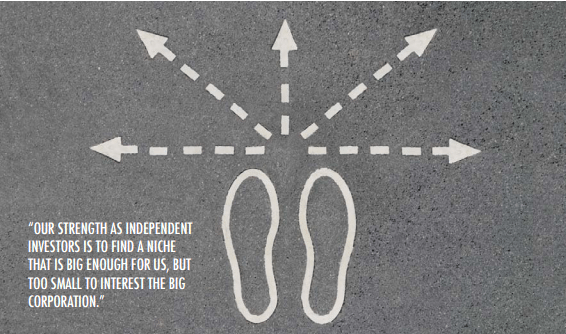 Once upon a time there was an aspiring writer who, quite by accident, found himself in the company of the Editorin-Chief of a well-known publishing company. He admitted to this editor that he had not yet succeeded in selling any of his stories, and asked for a recommendation on a hot subject that was bound to interest other editors.

The editor replied that, indeed, certain themes were always appealing. Lincoln, for example, was an inexhaustible subject if a writer could find a fresh slant. Doctors were always high on the list. And pets were always attractive as subjects. And, of course, sex was of universal interest if handled properly (no pun intended).

Before parting, this Editor-in-Chief offered the writer a personal secret to his own earlier success as a writer: “Always start with a great title, and build up your story from that as a foundation.”

Thanking the editor profusely, the writer sped home, his brain churning and eager to get started. In a flash, just before dawn, he came up with the perfect title: “The Sex Life of Lincoln’s Doctor’s Dog.”

Funny or not, there are a few lessons that we inventors can take away from this fellow’s miscalculation. First and foremost, writing about Lincoln. This subject has mass appeal, but it’s been overdone by hundreds of writers — some of them quite well known. Likewise, many inventors seek to invent a product having mass appeal. I often see high-tech inventions, such as new features for, and new uses for, the cell phone. But behind the scenes are hundreds of engineers and scientists working intensely to patent every conceivable variation of cell phone circuitry and application, whether such patents will result in revenue or not.

One inventor friend of mine retired a few years ago from a well-known high-tech company. She has spent several years of her career heading a group whose sole objective was to find technological alternatives to, and refinements of their own successful products. And they filed patents on their novel features and circuits in order to prevent competitors from being “first to invent” a way around their present technology.

Another friend of mine – a true genius in his field – submits an average of about two patent applications every week. His company is a super-giant in technology. But get this – he envies me because I can see my ideas manifested as drawings and prototypes, and perhaps even products that the public buys. He never realizes anything tangible because so much of what he does ends up in a computer program, not in hardware. And those that do result in hardware are not likely to be prototyped. The company’s objective is to build a “patent fence” around their products, thereby preventing competitors from grabbing even trivial variations that could be useful to them. My friend works in a department with many other engineers and scientists, all aiming for the same objective.

Now, to the point — two points, actually. First, with all of those highly qualified pools of creative talent working to squeeze out every consequential, as well as inconsequential, variation of their product’s applications and inner workings, the chances are slim that an independent inventor could come up with a great idea that hasn’t already been thought of and covered by a patent application.

Second, the independent inventor’s search of essential high-tech prior art has become too burdensome to be fully effective. Searching through potentially several hundred claims of issued patents and published patent applications is bound to be expensive — much more than the typical cost most inventors are aware of for a kitchen gadget search. And a search is no guarantee that all prior art will be found. Patent applications are secret for 18 months, and then published (except if the filer opts for not patenting outside the U. S., in which case the application will be held as secret until issuance of the patent). But during the 18 months of secrecy, prior art may exist that will be found by the Patent Examiner, but not by the patent searcher that we hire.

The independent inventor, poaching in the province of the large high-tech company, is not to be compared with David taking on the giant, Goliath. David today faces a squad clothed in Kevlar® vests, adjusting the sights on their AK-47s. Rather than imitating the catchall tactic of Lincoln’s doctor’s dog’s sex life, we should aim for a specialized dog collar that fits some exotic breed of dog that has a weirdly shaped neck. In other words: Find a low-tech niche, and fill it.

Isn’t this a form of surrender to the big corporations? Not exactly. They’ve got their place in the innovation of products, which is the investing of profits in the very high costs of developing and marketing novel high-tech products for which customers often must be created. There is a huge difference between finding a customer and creating one. Finding a customer means that an ongoing demand exists for something similar to the new product, and that potential buyers will easily identify and understand the function and benefits of the new product without being overwhelmed with advertising, publicity and confusion. This is the kind of product we independent inventors must seek. Sufficient risk of failure is inherent in the invention of the product without taking on the enormous risk and costs of creating the customer too. Leave that risk and cost to those who can afford it. We inventors seldom can. Out strength as independent inventors is to find a niche that is big enough for us, but too small to interest the big corporation. Then, when we’ve made our fortune on the small stuff, we might cautiously venture into more technical fields.

The niche principle applies to our inventions as well as to established and less novel products. Whether we hope to license or produce, the companies that consider small-volume needs and wants to be unattractive, leave ready opportunities for us inventors. However, it’s easier to invent than to assure that we have a receptive market.

Suggestion: Follow the Editor-in-Chief’s advice about coming up with the book title first. This translates to preparing the tagline and a draft of your sell-sheet before you invest time and money in developing your invention. That may seem like a crazy idea, but it works. If you can’t create a convincing tagline in 20 words or less — preferably less — you will probably find that your market is not well defined, or it may not yet exist at all.

Remember the most marketable book that was never written, The Sex Life of Lincoln’s Doctor’s Dog, needed only those 8 words as its tagline.