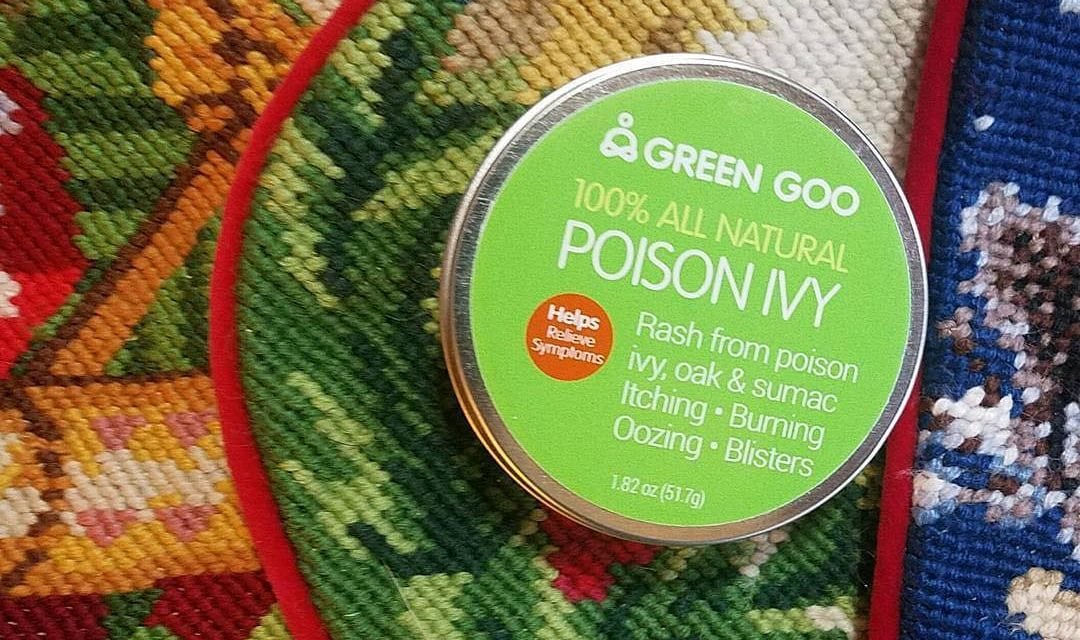 Many start-ups have a defining moment or turning point at which their entrepreneurial mission gains lasting momentum. But for the Scott family, success has resulted from a steady, collective heartbeat that drives a passion and natural synergy.

Jen and Jodi Scott have been best friends since they were little. “Jen graduated high school early to come to college with me,” Jodi says. “We’ve always been earthy, green and health conscious.”

So in Jodi’s words, “it isn’t ironic” that they are now leading a health-oriented, women-owned, family-operated business. Yet the family does marvel at some of the circumstances that helped Green Goo formulas combine “timeless homeopathic herbal wisdom with natural ingredients to produce Food for Your Skin™,” as its website says. “We are Rethinking First Aid™ and Body Care Products. No bad stuff. No sneaky stuff. Does not contain aluminum, Propanediol, or artificial ingredients.”

Jen Scott developed an interest in being an herbalist in 1995 as she entered Texas State University in San Marcos, about 30 miles south of Austin. She went on to attend Blue Otter School of Herbal Medicine and got her degree in biology and geography. Her sister, who is a year older, got her degrees in psychology and biology.

“We worked in health food stores in the Austin area,” Jodi recalls. “It was a very progressive area for the health food industry then.” They learned how to utilize plants into salves around 2010. Jodi went on to get a Master of Science degree in health psychology and specialized in neuropsychology, and then went pre-med.

When Jodi was in grad school, her sister went to herb school and became a midwife. While getting her midwivery license, she met a woman who had been making herbal products. An herbologist, “Nan Khoeler kind of became a surrogate grandmother to us,” Jodi says. “She taught us the practice of how to extract these herbs and make medicine out of plants and understand the science behind them.” With help from their mother, Kathy Scott, the sisters made the salve for friends and family.

To this day, the team maximizes the potency of its products (all made in the USA, with 100 percent all-natural herbs and oils) through an infusion process that it says is the “defining characteristic” of the business. Jodi explains:

“Our proprietary infusions take an old-world concept using new-world technology” with the time and temperature the two key components. “What you don’t want is have too high of heat that kills the medical properties from the plants. Also, you want to have a period of time that we have identified as the optimal time frame where you are not only yielding the highest amount of the medicinal properties but also reducing waste.”

The sisters sold Green Goo under the company name Sierra Sage in 2009, also selling to farmers markets. Shortly after, in 2010, one of the strongest typhoons to hit the Philippines in years changed their path anew.

“My sister went to the Philippines after the typhoon with her husband, Chris Sparks, an EMT,” Jodi says. “When they were going into these remote locations with a machete and duffel bag of emergency medical care, they saw how incredibly complicated it was. She was going through these remote locations saying, ‘If I didn’t have to carry so much first aid stuff, I could have brought more people food.’

“When she came back and shared that with me, we realized that we needed to make a product that was more versatile and more portable—a topical first aid that not only acted as a Neosporin and topical antibiotic healing ointment but that also took the sting and itch away; could be used for blisters, bug bites, bee stings, poison ivy, cold sores, sunburn; and which, as a coagulant, slowed down the bleeding and sped up the healing. It had to be a full-use treatment for emergency medical care.

“One of the problems with first aid is, there are a lot of one-time-use products out there. Maybe you get poison ivy and use the product, and the next time what you have in your first aid cabinet is either expired, old or gross. We wanted to make our first-aid products more portable, versatile and more broad-spectrum. All of our products have kind of followed that methodology. Our Castile wash is something you can wash your dishes with, your hair with, your body with.”

Jodi and Jen evolved their existing salve formulas and developed a loyal following. In 2011, “Natural Grocers, at the time a chain of 50 stores, expressed interest in carrying the line. That’s when Jen and I made the decision that we could turn our hobby into a business.”

The sisters had some impressive degrees in their background, but business wasn’t one of them. “Neither of us knew how to bring a product to market, so we sought out people who did,” Jodi says.

During the early stages of the company, the sisters were producing the product in a small warehouse with commercial kitchen equipment and selling the product as a cosmetic. To expand the business, they needed to produce their product in an FDA-approved facility, and have all of their vendors provide certified organic products.

This turned out to be tougher than expected. Jodi remembers “the first seven or eight manufacturers we approached just told us no. One reason was that not many manufacturers were making herbal creams and salves, and they didn’t really have the right equipment. Manufacturers are always reluctant to invest in production for a small company when future sales are uncertain.”

The sisters were stymied until organic production became more commonplace. “One company took a giant leap of faith and agreed to start production for us.” Jodi says.

Finding a manufacturer wasn’t the only challenge. Sierra Sage’s formulas were a key to future success. Extracting medicinal properties from plants is not like mixing chemicals, and upscaling production from a commercial kitchen to a manufacturing facility called for careful testing.

“When we went into retail and wanted to work to fight the notion that organic medicines were not as effective, we knew it was important to go through the FDA registration and identify the herbs as the FDA recognizes them,” Jodi says. “At the time, there was no technology on the market that did these infusions we were doing, so these manufacturers didn’t want to deal with them.”

Finalizing the manufacturing process took four years to put everything together, with production ready in 2014.

As they were working out the manufacturing bugs, the sisters knew they had to increase sales. Jodi had now taken on the sales role. Her first big sale, in 2012, was to AAFES (Army Air Force Exchange Services), which runs the PXs (post exchanges) at military installations around the country. “AAFES was committed to adding organic products and were very interested in Sierra Sage’s products,” Jodi recalls.

They started a small market launch in 2012-2013 in 30 PXs. The products were selling, and AAFES kept expanding sales. But in 2015, AAFES reported that Sierra Sage’s products weren’t selling as well as competitive products. It was considering dropping the line.

“It was a giant wake-up call to us,” Jodi says. “We needed to go back and rebrand the product and create sales velocity.” The company looked at sales over the years and realized that customers were not calling the product Sierra Sage, but rather Green Goo—the product’s original name.

“The original first aid for cuts, scrapes, etc. was called green goo. Everything else had different names. When we went through the branding process, no one remembered us as Sierra Sage. They just always remembered us as the Green Goo product, because that was the flagship product we started out with.”

The company went to a rebranding strategy, with new packaging, logos and graphics, and committed to a product relaunch in April 2016. AAFES committed to the relaunch.

Sales growth for Sierra Sage had already gone into overdrive in fall 2015, when Walmart agreed to a 100-stores test. Things have escalated from there: The company is sold in 14,000 Walmart stores, online by Target, and is carried in major chains such as Safeway, Albertsons, Roundy’s, HEB, Natural Foods and a host of smaller chains and individual stores—more than 25,000 stores overall.

The company’s growth poses some new possibilities. Until 2017, Jodi Scott handled all sales for the company. The company considered using brokers and sales reps but found that its sales volume was too low to entice distributors to take on the product.

Last year marked the first time that sales reps produced any orders for the company, which is considering adding brokers although not committed to that strategy. In addition to a heavy retail store presence, Green Goo First Aid Salve and a variety of other creams and salves from the company are available online at the company’s website and at a wide variety of other online retailers.

Five family members now work fulltime for Sierra Sage/Green Goo. Jodi is CEO; her sister is the herbalist and formulator. Kathy Scott’s experience as a military wife has made her adept at “portable jobs,” as Jodi calls them, so she is the webmaster and director of social media marketing. Chris Sparks is the warehouse manager. Kelly Hoyt, Jodi’s husband, handles software development and interface.

They celebrate their varied skillsets. “It is beyond words how gratifying it is to work with my sister,” Jen says. “We complement and balance each other. Our differences are what makes us complete and what I think is our biggest success.”

Those important differences come with a shared passion that “has gotten us through some incredibly challenging times,” Jodi says. “We’re most proud of being part of a larger mission that emphasizes wellness and community. We are changing the way the industry engages with products and how customers engage with products, whether it’s healthy living or environment and sustainability within our humanitarian efforts. It’s all about synergy and passion.”