Elephant Footprint: The Vision and Impact of Douglas Engelbart 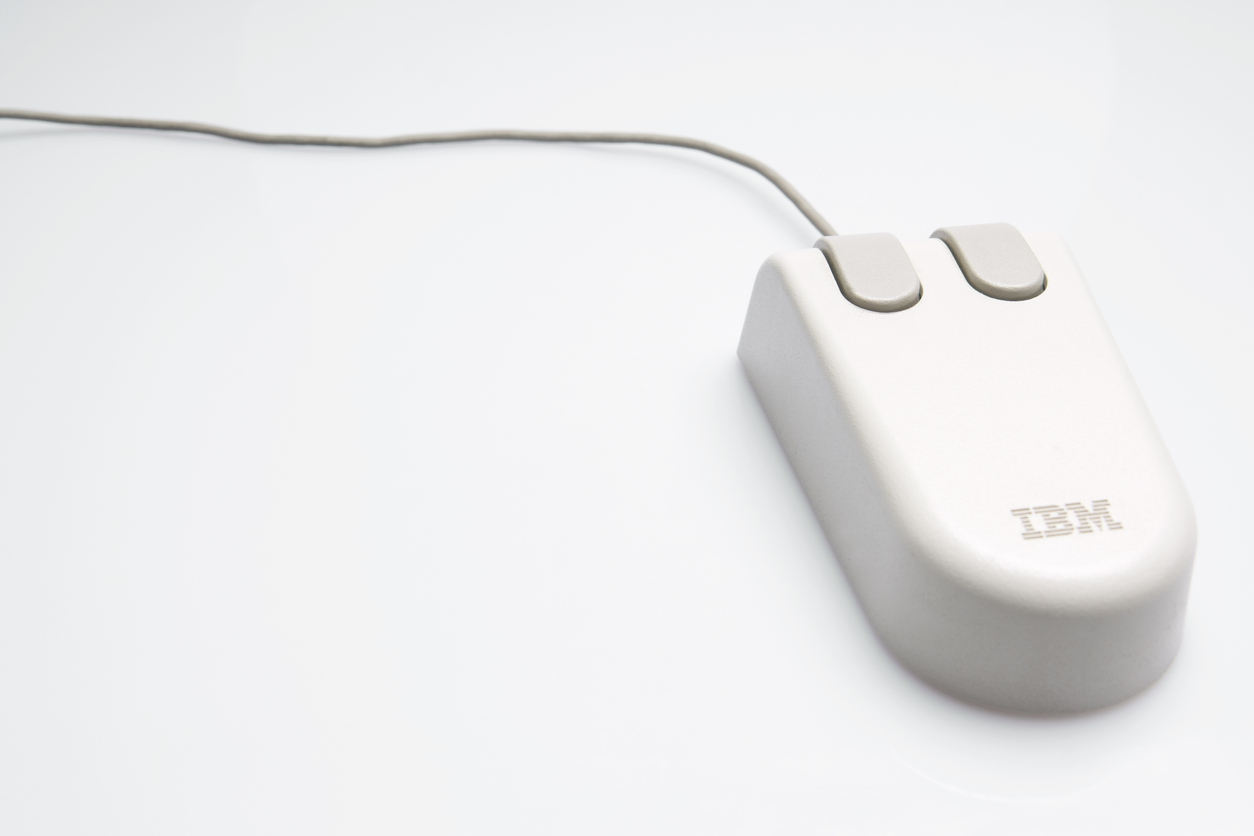 This is the kind of headline and obituary that would have made Douglas Engelbart sigh. “Doug Engelbart: Inventor of the computer mouse,” reads the headline on the website The Independent. The lead says: “Douglas Engelbart was the inventor of the mouse, the simple tool that dramatically changed the way in which humans interact with their computers. Since the first public demonstration of the mouse in 1968 over a billion have been sold worldwide.”

Many similar obits appeared on July 3, 2013, the day after he died at 88. Certainly, a large number of these stories were factually correct, including the one above. But Engelbart strove for a much larger impact via an invention he considered much more important for humankind.

“I would say that 90 percent of his work did not get fulfilled,” says his daughter, Christina, co-founder and executive director of the Doug Engelbart Institute in Menlo Park, Calif. His seminal invention was a 1962 conceptual framework that called for augmenting human intellect to keep pace with rapidly advancing technology. It was anchored by the concept of a “Creative IQ” to maximize this collaboration. Some have suggested this could be the most important paper in computer history.

At the time of his passing, Engelbart was frustrated by humans’ failure to prioritize the power of the Creative IQ. His vision was that technology would work with our infinite capacities as humans, not work independently of them.

Engelbart foresaw this imperative in the 1950s, when television was still struggling to become a mass media. “Before Moore’s Law (the fact that in the history of computing hardware, the number of transistors in a dense integrated circuit has doubled about every two years), there was Engelbart’s Law,” Christina says. “He calculated the potential miniaturization of technology … that technology would become smaller and smaller and more affordable. He calculated this in the late 1950s and gave a talk on it in 1960.

“He had ‘therefores’ attached to it: Therefore, technology is going to offer more capability than we can even imagine. Therefore, it’s going to permeate every aspect of society. It’s going to have a bigger impact on society than anything we’ve ever seen, including the printing press, fire, agriculture—all those things combined—and in a more compressed timeframe. When he (fore)saw that, he realized that if you want to make a dent and a difference in the world, the most important thing you can work on would be making us much more effective at how we’re tackling challenging issues.”

In short, those most effective means involve harnessing the power of our Collective IQ to truly maximize our exploding technological gains. She says this has failed to materialize.

“If you have some technology that can really augment our intellect and help us be more intelligent together, that will help catapult you into a much more dramatically capable (state). That’s not going to happen just by injecting technology. It’s going to happen by understanding how to harness it and understanding what you want to be able to do—what does it mean to be more capable?—than what kind of technology you need. That is the research agenda he laid out in 1962.”

Born in Portland, Ore., Douglas Carl Engelbart is often described as gentle, funny, charismatic and thoughtful. Christina remembers her early years with her father: “He was Dad. And he was anonymous. He was the outdoorsman dad; he loved to play with kids and make up games and go bike riding and canoeing and all that. We all went hiking. There was also an absent-minded professor side to him.”

Christina says that as the Internet took a strong foothold in the mid- to late 1990s and the mouse became virtually omnipresent in American homes, the tech community developed a greater appreciation for her father’s work. By the time he died he had dozens of awards, including a National Medal of Technology & Innovation awarded by President Clinton in 2000 and a 2002 American Innovation Award that previously honored some of the nation’s greatest inventors.

Similarly, Christina says, “It took me several years of working with him before I really understood deeply how significant his vision was. It wasn’t just a vision but a strategy to raise the Collective IQ in society as a grand challenge. In my mind, after studying that and working with him and understanding his intents and how he thought it through, it has the same significance as the theory of relativity—only it’s applied to human transformation and innovation.

“Basically, he worked out the equivalent of E=MC² for humanity.”

She draws another parallel between Albert Einstein and her father. “There’s something very different in the IT arena than in other disciplines or fields. For example, Einstein couldn’t get access to a lab to do his research. He couldn’t get funding to do his initial research, so he had to do it all in secret. He and his wife had to sneak into a lab at night and use the facility to test his theories. Eventually, the field of physics recognized that he really had something powerful there because there were enough people trained in physics that if they sat down and worked it through, they could see the importance of what he was doing. …

Her father’s vision is all the more impressive, she says, because “Dad’s vision does not become outdated. Once you make a breakthrough like that, that theoretical work … until somebody comes along with something better or more proven, nobody’s even touched that in my father’s case. Many years after Einstein’s theory, they were finally able to test and confirm the wave theory. Nobody’s bothered to test and confirm my father’s work.”

The Mouse As Bait

Though Doug Engelbart hated to be pigeonholed as the inventor of the computer mouse, the attention it brought still has some function. “It’s pretty much the hook to get somebody reading about him,” Christina says.

He conceived the idea in 1961 while at a conference session on computer graphics: a device that used one wheel turning vertically and the other horizontally to help position a cursor on a computer screen. The first prototype in 1964 was wooden and square before being refined. With a goal of speed and accuracy, Engelbart and his team tested several pointing devices in 1965 that included a knee apparatus and the mouse, both created in-house; a foot pedal device; a head-mounted device; a joy stick; and a light pen.

“The mouse was by far the faster, and more precise,” Christina says. “Fifty years later, there’s no better pointing device. Yes, you can walk into a kiosk and touch the screen, but in terms of speed and precision, there’s nothing better. So it’s not going to be replaced until those qualities are replaced.

“He was surprised that nothing’s been invented to replace it after all these years, because nobody’s looking at that same question that he was looking at: What would be more precise, more accurate and faster? … But that process isn’t not entertaining, for one thing. There’s not a thrust of, ‘How can we become way more effective and increase our collective intelligence?’ That is not a primary focus in information technology.”

Doug Engelbart also played a key role in inventing or refining other key aspects of personal computers and the Internet, such as word processing, bitmapped computer displays and navigating online using links.

Christina is enthusiastic about furthering her father’s mission. But just like her father, she laments what we’ve missed by underemphasizing humans’ potential to lift technology to a more noble purpose in the face of so many world problems.

“If you can take a printed page and make it appear on a screen—that was big stuff for personal computers,” she says. “But that has nothing to do with augmenting human intelligence. It’s knowledge trapped on paper in a screen.

“Even when writing a story that uses supporting or background information from websites, “You’re connecting the dots in a way that is not necessarily connected on the website. You’re following your own path that’s emerging as you think. If computers could work more like how someone thinks and how that works… but computers don’t do that. Computers bring you files that you can scroll through.”

She says “We have 30 years of lost opportunity on being able to look at things in different ways,” and counting.

“Societies have collapsed ever since the beginning of time. There’s nothing special about our society that we’re going to keep it from collapsing unless we get way smarter than the conditions that we will be facing. The mouse is not going to fix it. The theory is how to work together to not only solve the problems but how to solve the problem of getting better at solving problems.”

Doug Engelbart’s primary mission, in his words as they appear on the Engelbart Institute website:

“Collective IQ is a special set of capabilities, built upon our innate human capabilities, such as sensory, perceptual, cognitive, motor, etc. Any significant capability is achieved by augmenting these basic human capabilities with training, enculturation, etc. in the operational use of:
(a) coordinated systems of tools and artifacts (i.e. the Tool System); and
(b) vocabulary, conventions, roles, organizational structures, values, paradigms, rules of conduct, methods of cooperation, education, etc. (i.e. the Human System). Together, the Tool and Human Systems comprise the Augmentation System.

To maximize our Collective IQ, the key is to accelerate the natural co-evolution of our Tool and Human Systems toward ever-more powerful Augmentation Systems enabling increasingly effective Collective IQ. I call this strategic approach a bootstrapping strategy, an important aspect of which is that the teams that are accelerating the co-evolution use what they are developing in support of their own collective work. They are thus simultaneously improving Collective IQ capability for themselves, and for their end customers, thereby continuously enhancing their own ability to further improve the Collective IQ capability (improving how they improve).”

[…] Elephant Footprint: The Vision and Impact of Douglas Engelbart Inventors Digest | Aug 12, 2016 | Reid Creager “At the time of his passing, Engelbart was frustrated by humans’ failure to prioritize the power of the Creative IQ. His vision was that technology would work with our infinite capacities as humans, not work independently of them.” […]