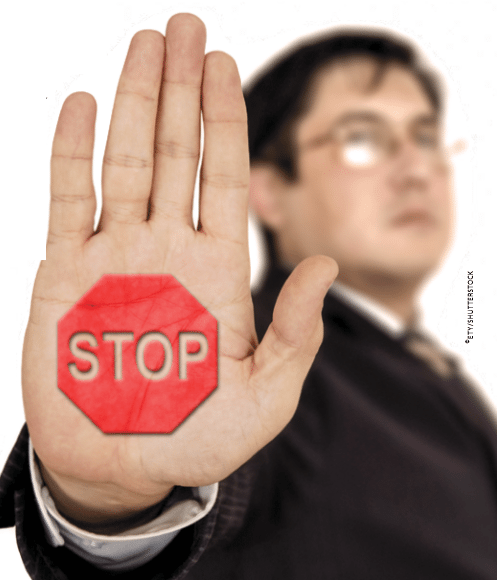 Trump’s order is a start; now he must make USPTO more patent friendly.

On February 24, President Donald Trump issued an executive order that directed agencies to review all regulations in a search for those that are outdated, unnecessary or ineffective. The goal is to streamline regulations by eliminating those that inhibit job creation, eliminate jobs, or are inconsistent with government initiatives and policies.

Michelle Lee—finally confirmed in March as director of the United States Patent and Trademark Office after a couple months’ uncertainty as to whether she would continue in the role following Trump’s inauguration—recently formed the Regulatory Reform Task Force resulting from that executive order. The office has not released the names of those on the task force, which is to submit a progress report by May 25.

It would seem extraordinarily beneficial if the USPTO task force started its work with this common-sense recommendation: Regulations that inhibit the issuance and existence of patents should be repealed.

But those who seek the demise of the patent system will never believe that patents are responsible for economic advantage, job creation or lead to highpaying jobs. So let’s start there first in an attempt to make it impossible for even those nay-sayers to honestly question the veracity of these claims. Obviously, what follows is not exhaustive proof; but for fair-minded and rational thinkers, it will provide support for what we in the industry know to be true.

A 2012 report by the USPTO titled “Intellectual Property and the U.S. Economy” concluded that patents are critical for job creation. Its Summary explained:

“Innovation protected by IP rights is key to creating new jobs and growing exports. Innovation has a positive pervasive effect on the entire economy, and its benefits flow both upstream and downstream to every sector of the U.S. economy. Intellectual property is not just the final product of workers and companies—every job in some way produces, supplies, consumes, or relies on innovation, creativity, and commercial distinctiveness. Protecting
our ideas and IP promotes innovative, open, and competitive markets, and helps ensure that the U.S. private sector remains America’s innovation engine.”

Last year, the USPTO released an update on the 2012 report. It begins by stating the obvious: “Innovation and creative endeavors are indispensable elements that drive economic growth and sustain the competitive edge of the U.S. economy.” The Executive Summary adds: “IP-intensive industries continue to be an important and integral part of the U.S. economy and account for more jobs and a larger share of U.S. gross domestic product (GDP) in 2014 compared to what we observed for 2010.”

The report also concluded that IP-intensive industries support a total of 45.5 million jobs (up from 40 million in 2010), or about 30 percent of all jobs in the economy, and contributed approximately $6.6 trillion, or 38.2 percent, to U.S. GDP in 2014—an astonishing increase of nearly $1.6 trillion from only four years earlier.

Mario W. Cardullo is a distinguished engineer and someone who knows a thing or two about innovation, inventing and entrepreneurship. Cardullo has been a founder or principal in various technology companies and is the inventor of one of the basic patents for the RFID-TAG devices (i.e., E-ZPass), for which he was nominated for the Lemelson-MIT Prize (2003) and the Presidential National Medal of Technology (2004). In an essay titled “Intellectual Property—The Basis for Venture Capital Investments,” he wrote:

“One of the major problems faced by new technology seed and start-up enterprises is access to the first round of funding, either through debt or venture capital investment.

According to a patent survey conducted by the University of California, Berkeley Law School, many investors place a premium on patents when making investment decisions. In fact, 67 percent of firms surveyed indicated that the existence of patents was an important factor in their investment decisions. Seventy-three percent of VCs indicated a premium on
the existence of patents before investing in biotech companies, 85 percent for medical device companies. Sixty percent of VCs even indicated placing a premium on patents before investing in software companies.

System gets in the way

So it doesn’t matter what industry you are in; significant percentages of VCs place a premium on patents when making funding decisions. But since it is so unlikely that VC funding will be acquired, why would anyone want to make it more difficult by ignoring patents?

Venture-backed funding can be critically important for a company that wishes to go public. VC-backed companies have consistently made up a large percentage of firms that go into an Initial Public Offering (IPO); that percentage reached a high of nearly 60 percent during the dot-com era. Given the importance of venture capital and the strong preference for patents VCs have, it starts to become clear how and why patents play such an enormous role in the U.S. economy. The importance is further underscored by IHS Global Insight research that says 92 percent of the job growth for young companies occurs after their initial public offerings.

So if we want large numbers of those high-paying jobs in patent-intensive industries, we need to get companies to IPO, which requires an attractive ecosystem for VCs in which to operate. This means a strong, vibrant patent system that will attract investors to engage in the speculative investing necessary to fund those risky, exciting young companies.

Onus is on Trump

If you are not blinded by an agenda, you must recognize that patents are linked to economic success, job growth and high-wage jobs. If President Trump is serious about making America great again and dismantling the regulatory bureaucracy that stands in the way of those individuals and companies that will lead America to the 4 percent growth he wants, he will demand the USPTO again become a patent-friendly agency. In particular, it is time for the USPTO to lift the foot off the throat of certain sectors of the biotechnology community and pretty much the entire software industry. It is well past time for the USPTO to stop acting as an arms dealer by selling patents (which takes many years to achieve) and patent challenges.

There are a great many regulations—as well as interpretations of cases from the Supreme Court and United States Court of Appeals for the Federal Circuit—that directly and unambiguously inhibit the issuance of patents or make them quite easy to challenge (or harass). The Patent Trial and Appeal Board’s very existence is for the express purpose of providing a forum to kill patents. Of course, the PTAB itself is a legislative creation, but the decidedly anti-patent manner in which the proceedings are conducted could be changed with executive action. Furthermore, since the PTAB judges are not independent (i.e., they report to the director of the USPTO), philosophical and ideological change could be made with relative ease if there is the political will to see it through.

President Trump would do well to take a page from President Reagan’s book when he fired the air traffic controllers on strike. Why shouldn’t President Trump fire all of those patent examiners who have for years not issued a patent? Perhaps they are not “technically” on strike, but they are obviously engaged in some kind of game playing or work slowdown akin to a strike; they continue to be paid, receive bonuses and benefits; and they haven’t seen a patent application in years and years worth issuing—not even in art units completely dominated by the likes of Google, Microsoft, Apple and other tech giants.

President Trump may well be politically naive, but this can be done. Will this anonymous Regulatory Reform Task Force actually make suggestions calculated to lead to economic growth for the United States? Will the patent office have the political will to actually follow through with both the spirit and intent of the executive order? Time will tell.