Getting Over the Underwear Struggle 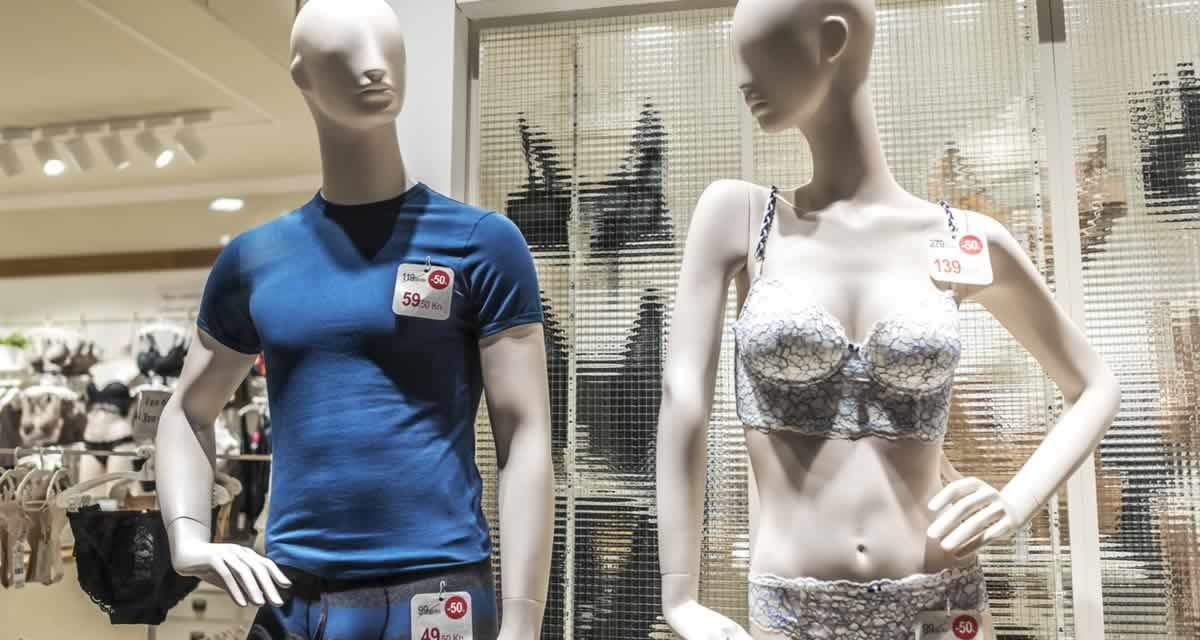 “I grabbed underwear from my dresser—my own and my husband’s! I began cutting and sewing them together.” —Susanne Shoemaker

I studied apparel design more than 40 years ago. Styles have changed many times for women and men, as well as for unisex trends. Fashion goes in cycles–miniskirts, maxi dresses—and the same garments, with slight variations, reappear about every 10 years or so.

What about undergarments? For more than a century, there have just been bras and panties (with the occasional “slip,” though they are rarely used nowadays). We’ve only seen changes in fabrics, cut and so on. Then came Sara Blakely’s Spanx brand, which revolutionized figure control in the late 1990s. And of course, there are boxers and briefs for men’s styles.

Here is a revolutionary idea in adaptable underwear, invented by Susanne Shoemaker.

Edith G. Tolchin (EGT): How did Undercare come about?

Susanne Shoemaker (SS): I happened to observe some elderly women struggling to self-dress following a swim class at the YMCA in White Plains, New York. The women used grabby sticks—those long poles with a pincer on one end—to assist themselves in dressing. I thought to myself, “What if I could design undergarments that didn’t require you to bend, balance, or stand on one leg in order to get dressed?” And that is exactly what I did. I went home and began cutting and sewing undergarments together to develop a prototype.

EGT: How is the design easier for seniors and those with limited mobility?

SS: Who says you need to put on your undergarments the old-fashioned way? Undercare has taken an everyday object, underwear, and redesigned it so that you do not need to place your feet and legs through a leg opening. Instead, you simply wrap and fasten with a soft and flexible hook and loop.

We think of ourselves as the anti-Spanx. Rather than struggling to get into your underwear, Undercare wraps you in a hug, like putting on a bathrobe. The first step is taking two ends and fastening at center waist. This creates a “belt” feature. This holds the undergarment in place and frees up both hands to pull the pull-through panel from back to front and attach on left and right sides. Once on, Undercare may be pulled up and down in one piece. It looks, feels, and functions like regular underwear.

Undercare is not an incontinence product. It is reusable and sustainable. However, incontinence pads may be easily inserted. In fact, because the undergarments open flat, it is very easy to attach or remove an adhesive pad. We looked into using absorbent fabrication for purposes of incontinence, but we think that disposable pads are preferable.

EGT: Do you have a fashion background? What is your profession?

SS: I did not have a fashion background when I started, but I do now! I am entirely self-taught regarding production of my product line. I worked at The New Yorker magazine for five years after college as an editorial proofreader. Though it has nothing to do with garment production, it required attention to detail. That is a skill that is important in fashion.

After working in the publishing world, I married and had three children. While they were small, I went to art school and received an MFA in painting and drawing the human figure from the New York Academy of Art in the TriBeCa neighborhood. My education focused on learning traditional drawing skills and techniques centered on the figure. The goal of the program was to enable one to draw the figure out of the imagination upon graduation. To that end, I attended dissections, learned all the bones and muscles in the human body, studied the lift mechanisms of the body, rotation of the limbs—and most important, how to think spatially and translate visual ideas into 2D form. It was a terrific education.

Furthermore, my father was an engineer who specialized in cranes and lift machinery.  Mother is extremely creative. She could sew and has an amazing aesthetic sensibility.

EGT: How did you create your prototypes?

SS: I grabbed underwear from my dresser—my own and my husband’s! I began cutting and sewing them together. I went to department stores and bought two pair of the same style, same size. I combined the two pair into one.

It worked very well in helping me develop the prototype. Working with hook and loop was challenging because it can be scratchy. We sourced soft and flexible hook and loop and made sure it was placed so that it did not touch the body. Once I had a working prototype, I used a professional sample and pattern maker to prepare for production.

EGT: How many different styles are you featuring?

SS: I am launching with three styles: men’s briefs, women’s briefs, and a unisex boxer. I have other styles ready for production, but I will begin with three different styles of undergarments.

SS: I made an appointment at a top IP patent firm in downtown Manhattan. I arrived with my hand-sewn prototype. I was whisked into a conference room with a large oval table and three lawyers. I was on a high floor, and you could see views of the Statue of Liberty out the window.  It was intimidating.

I had a bout of insecurity as we began to talk. I had heard that Sara Blakely of Spanx had gone around with her prototype and people thought it was a joke, that she was sent by “Candid Camera.” This was my fear. I was afraid the lawyers would find the idea ridiculous. To my delight, they did not laugh at the idea; in fact, they told me that they love it when a client walks in with a working prototype. Many people come in with just an idea in their head or a drawing on a napkin. Furthermore, I was the sole owner and inventor of the idea. This is also something IP lawyers prefer to work with. I have achieved four patents, and I have two pending.

EGT: Did you do any crowdfunding?

SS: No. It has been suggested to me, but I haven’t pursued it. I raised my initial funding through family and friends.

EGT: Where are you manufacturing?

SS: I have spent years figuring out manufacturing. I am currently manufacturing the woven boxers in New York and the briefs in India. My wish is to manufacture in the United States but because underwear margins are small, it is simply not sustainable at this point. Once I have volume, I will revisit USA manufacturing.

EGT: Are you selling to retail, or only from your website?

SS: Both. It is more profitable to sell from the website because I will receive retail pricing. If I sell to retail outlets, I must sell wholesale and that is difficult to do as a start-up. Someone explained to me that you can sell a lot of $1 bills for $.95. You would have a lot of sales, but you would go out of business. A start-up needs to focus on profitability. Young businesses are very vulnerable.

EGT: What obstacles did you encounter in developing your products?

SS: Manufacturing was without a doubt the biggest obstacle. I had many vendors over-promise and under-deliver. It is very important to have a production partner who is trustworthy and reliable. It is important to choose a production manager who has experience in managing production. It is necessary to have control over the factory. Timeline is important, and sticking to dates. You must find a factory that treats its workers well; otherwise, you can kill your brand.

I attempted production in China. Unfortunately, inferior trims were used for the production and the inventory was unusable. Another run in China could not be used because production went forward without having had the pre-production sample approved and it was incorrect. These mistakes are costly and time-consuming. You cannot begin selling unless you are sure you will be able to deliver the product when promised.

SS: Yes, we are very excited about our other underwear styles, our bathing suit line (it is awesome), and our athletic wear.

EGT: Any advice for novice inventors?

SS: Don’t cut corners. If you don’t know something, learn about it. Micro-manage every aspect in the beginning. Stay on top of vendors with whom you are working. Develop a timeline and stick to it.