How Many Design Patents Did Thomas Edison Receive? 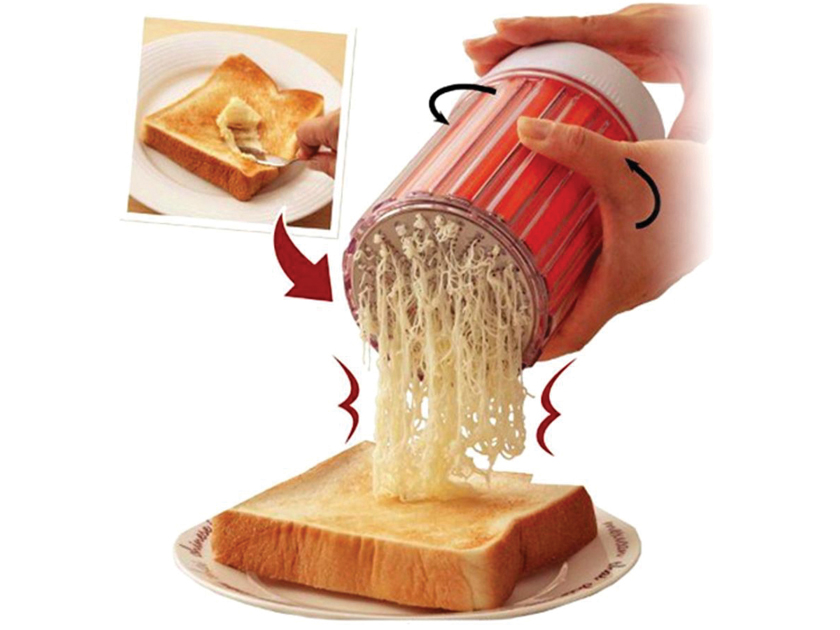 At the games, held in Abu Dhabi in March, more than 10,000 athletes and participants wore Sigfox wireless 0G and Wi-Fi-powered devices. The goal was to keep the athletes—many with intellectual disabilities—safe and manage such a large group effectively. The devices had a button that users could press if they required help, and any lost people could be geo-located in real time.

Though it was a challenging environment for the deployment, devices aided in finding four lost athletes. Sigfox is now exploring other events for using the system.—Jeremy Losaw

It’s Easy Butter—if not stringy and yucky—from Japan’s Metex. The grater’s main use is to prevent ruining your toast by having to spread hard, cold butter on it. LostatEMinor.com says: “Simply place the stick of butter in the device, turn, and ta-da! Strings of butter like angel hair gracing your toast with good vibes and eternal sunshine.”

As an infant in India, Anurudh Ganesan had to be carried 10 miles by his grandparents to a clinic in southern India to get vaccinated—only to find that when they got there, the vaccines were useless because they were sitting on the counter and not being refrigerated. Anurudh devised VAXXWAGON, which rigs together a plastic cooler and a bicycle so that the person delivering the vaccine keeps the container cold as he or she rides. He was 16 when he won the LEGO Education Builder Award at the 2015 Google Science Fair. He is now cofounder of Vaccine Innovations Inc., which is involved in developing a tool for last-leg vaccine transportation.

The number of design patents received by Thomas Edison from among his 1,093 total U.S. patents. The other 1,084 were utility patents. His design patents were for phonograph cabinets and light bulbs with decorative features.

1. Which of these well-known songs is not in the public domain?

A) ”America the Beautiful”

C) “House of the Rising Sun”

E) All are in the public domain

2. True or false: Copyright does not protect the mechanical or utilitarian aspects of a work.

4. True or false: Insulin’s Canadian discoverers sold the patent to their university for $1.

5. The notion that compound interest is the greatest invention ever has been attributed to:

1.E. 2. True. 3. The outdoor gas grill was invented in the early 1950s by Don McGlaughlin, owner of the Chicago Combustion Corp. 4. True. A three-person team led by Frederick Banting sold the patent to the University of Toronto for a dollar apiece, saying profit was not the goal. 5.A.