How Many of the Genes We Share Have Patents? 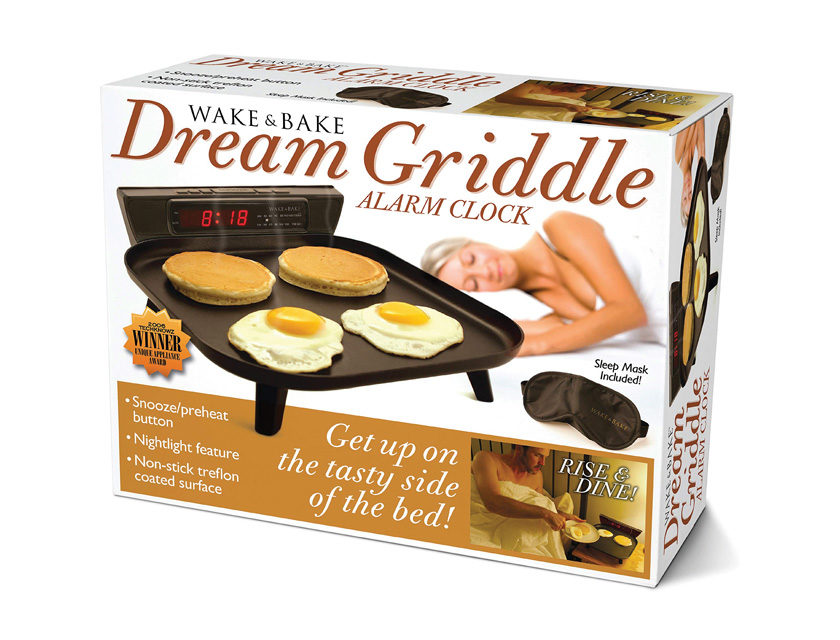 Two laws relating to IoT devices that took effect on January 1 have the goal of protecting consumers’ data and devices.

The California Consumer Privacy Act aims to safeguard and keep transparent any data that are shared and sold by data-driven IoT companies. Under this statute, consumers have full transparency on data collected, are allowed to fully delete their data upon request, and prevent their data from being sold.

The second is SB-327, the IoT Device Security Act. SB-327 requires IoT devices being sold in California to provide “reasonable security features.” The result will be more secure device usage and control of data for the consumer but may cause headaches for device manufacturers, which may have to change the way passwords are handled or even modify their chip designs to handle the increased security regulations.—Jeremy Losaw

It’s April Fool’s, year round! Prank Gift Boxes feature depictions of bizarre products like this one, although those products are not contained in the box. You simply put a real gift inside and watch the recipient’s puzzled look as he or she looks at the box and fakes bewildered gratitude.

Even in elementary school, Jaylin Macerinskas likes to be able to fit in with her classmates. She wears two cochlear implants and loves how they help her hear, but “people stare at me. It’s just a little embarrassing.” So she invented a smaller, more discreet version of her implant and won last year’s MED-EL USA Ideas4Ears invention competition as an 8-year-old. Her grand prize was a trip (with her mother) to MED-EL’s international headquarters in Innsbruck, Austria.

“I would like being deaf to be more invisible so you can choose who you tell,” Jaylin says. “I think it would give deaf people more confidence about their deafness.”

The estimated percentage of the genes we share that have been patented by companies. Gene patenting goes back more than 100 years.

2 According to 24/7 Wall St., the world’s oldest corporate logo still in use is:

A) Stella Artois (a Belgian pilsner)

D) None of the above

4 True or false: Although he’s best known for his lightning rod, Ben Franklin said his invention of bifocals gave him his “greatest personal satisfaction.”

5 What is the oldest U.S. trademark still in use?

1.True. Metalworker Jacob Starr built the first ball, lowered for the first time in 1907. 2.A. Dating to 1366, the year the company was founded. 3. 1800s (1891), by Dr. James Naismith. 4. False. It was the glass armonica, a musical instrument he designed in 1761 that was inspired by English musicians who created sounds by passing their fingers around the brims of glasses filled with water. 5.D. Samson, which originally depicted a drawing of a man and a lion, was registered on May 27, 1884, for use on cords, line and rope.