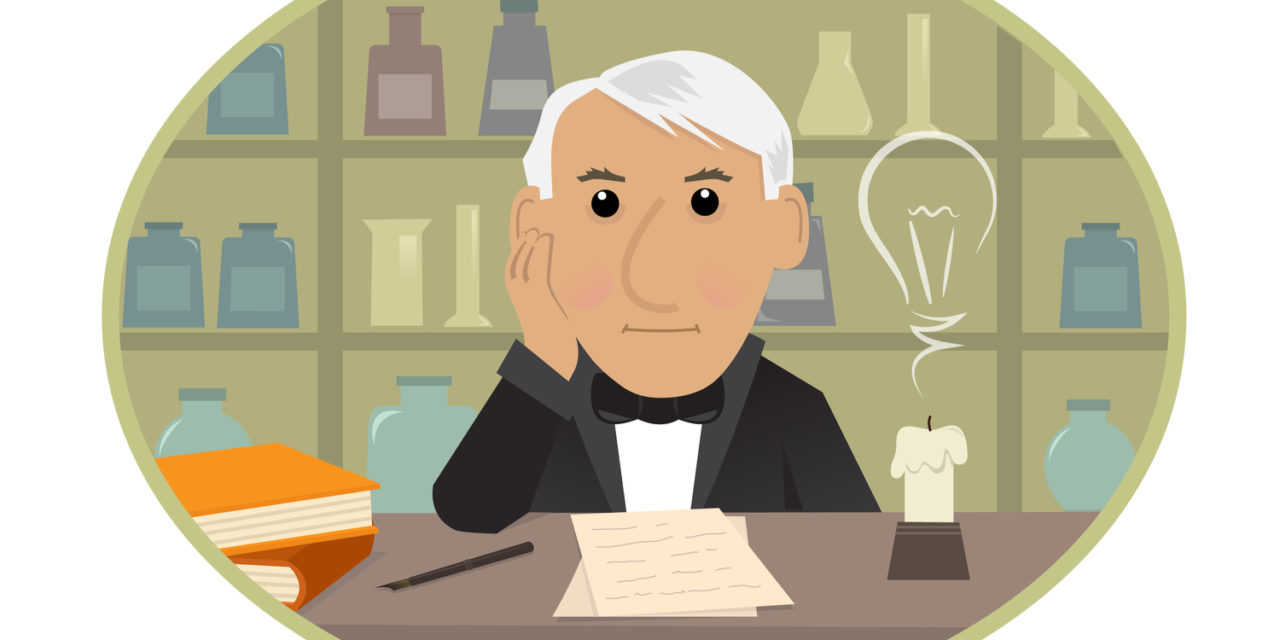 Thomas Edison demonstrated the first hand-cranked phonograph by shouting into a tube: “Mary had a little lamb. Its fleece was white as snow. And everywhere that Mary went, the lamb was sure to go!”

The phonograph etched sound waves into tin foil wrapped around a cylinder, making this the first speech ever recorded. Other inventors had produced devices that could record sounds, but Edison’s phonograph was the first to be able to reproduce the recorded sound.

Edison also foresaw the many possible uses of his invention. When he listed these 10 in North American Review in June of the following year, reproduction of music was not first on his list but fourth:

“Letter writing and all kinds of dictation without the aid of a stenographer; phonographic books, which will speak to blind people without effort on their part; the teaching of elocution; reproduction of music; the “Family Record”–a registry of sayings, reminiscences, etc., by members of a family in their own voices, and of the last words of dying persons;

“Music-boxes and toys; clocks that should announce in articulate speech the time for going home, going to meals, etc.; the preservation of languages by exact reproduction of the manner of pronouncing; educational purposes such as preserving the explanations made by a teacher, so that the pupil can refer to them at any moment, and spelling or other lessons placed upon the phonograph for convenience in committing to memory; and connection with the telephone, so as to make that instrument an auxiliary in the transmission of permanent and invaluable records, instead of being the recipient of momentary and fleeting communication.”