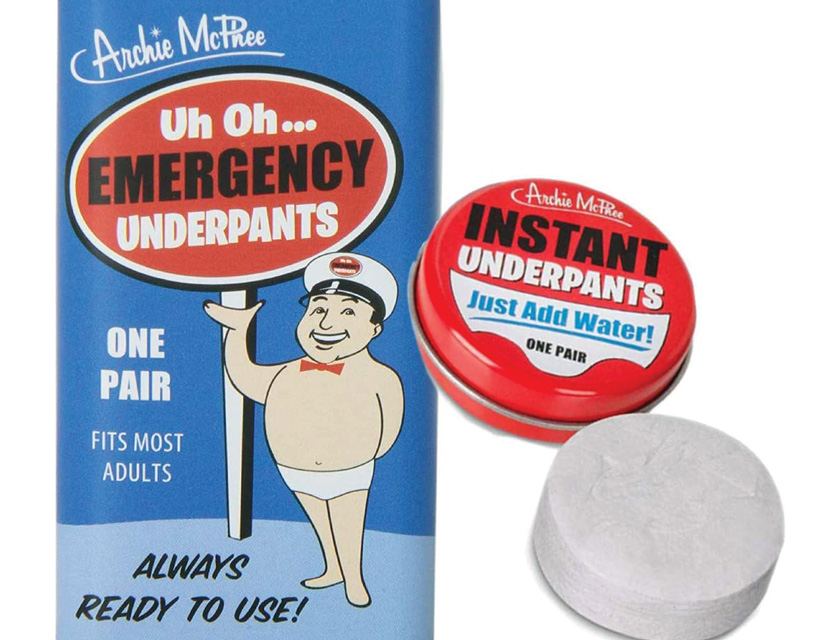 Peloton, a leader in exercise bikes, had two big IoT security issues within a month this year.

The first was a leaky API (functions that allow access to data), where hackers could easily access a user’s personal information—including age, weight, location, gender, workout stats and birthday. Hackers could even gain access for users who set their account to Private.

A second vulnerability was identified in June, in which hackers could control the camera and microphone and spy on users. Peloton has since released software updates to address the issues but reminds how vulnerable personal data are through IoT devices, even from established firms.—Jeremy Losaw

We’ll keep this brief. No, the underwear is not really instant; the shortest duration mentioned by reviewers was 5 minutes. No, they are not meant to be serious clothing; gag gift only. No, one size does not fit all. Yes, we know who Archie McPhee is, and we plan to tell you about him later.

Thirteen-year-old Atta Gan of Ghana (West Africa) stunned his community this year by building a functioning plane out of some mosquito spray cans, wires, a pen, and motors. (Some reports said he used an empty can of malt.) Atta, who has no background in aerodynamics and engineering, devised the invention as part of his dream to pilot a plane. His airplane moves with the support of a capacitor and other electronic gadgets that supply power to facilitate its movement and trajectory in the air.

The number of PayPal patent applications related to blockchain technology between 2017 and 2020. The company announced on March 30, 2021, that it has begun allowing U.S. users to check out using cryptocurrency online.

1 The Twinkie snack cake, invented in 1930 by James Alexander Dewar, got its name from:

A) A “Twinkle Toe Shoes” billboard the inventor saw

B) “Twinkle Twinkle Little Star,” which he sang to his baby girl

C) His sister’s daughters, who were twins

D) It was his dog’s name

2 True or false: You have an absolute right to use your name as a trademark.

3 What was invented first—Freon, or the electric cash register?

4 True or false: Guitarist Eddie Van Halen had a patent.

5 Which invention did not originate in Michigan?

1.A. 2. False. Even though Bruce Springsteen, Donald Trump and Kylie Jenner are among those who have done it, Small Business at Chron.com says, “A person’s name can only be registered as a trademark if it is widely recognized in commerce”—among other factors. 3. Freon was invented in 1928, the electric cash register in 1906. Ohio businessman Charles Franklin Kettering was involved with both. 4. True. U.S. Patent No. 4,656,917 was granted on April 14, 1987, for a musical instrument support. 5.C.