When Interests and Egos Collide 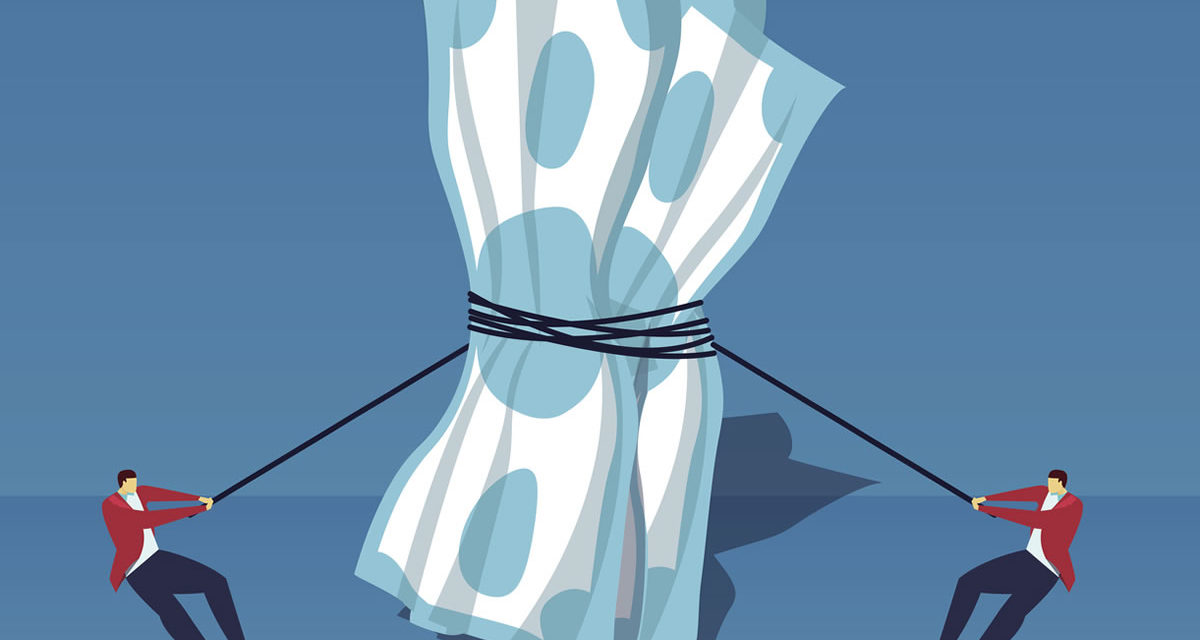 This is a true story. And like many stories, it has a protagonist, (the main character, usually a hero) and an antagonist, (the purported villain who opposes the hero). It also has a third important character who slips in and out of the story as the super-villain.

First, a bit of background about the characters. “Ed” Armstrong, a young inventor born in 1890, is the main character. He was inspired by a book his father gave him, “The Boy’s Book of Inventions.” After reading magazine articles about Italian inventor Guglielmo Marconi, he settled on wireless communication as the field in which he would invent.

His father had a good job, and the family owned a home large enough for Ed to have a room he could devote to experimenting with wireless transmitters and receivers. Soon, Ed and his friends were sending local messages to each other via wireless. If we assume that Ed was around 16, this would have been in 1906. He graduated from Columbia University as an electrical engineer and taught there for many years.

Next is an ambitious 15-year-old immigrant named David Sarnoff, born in 1891. He spoke only Russian but got a job selling newspapers to help support his family. His father was in poor health and worked only sporadically.

David was helped by an unknown benefactor to buy a newsstand in New York City’s Hell’s Kitchen. In a further effort to expand his newsstand business, he applied to a well-known newspaper business but went through the wrong door and found himself hired by the Commercial Cable Co. as an errand boy, janitor, etc. (We’ll have to assume that he delegated the routine work of the newsstand to an employee.)

The third character is Lee de Forest, born in 1873. He attended Yale University, but his critics say that he never truly understood radio frequency (wireless) theory. Unlike Ed and David, who understood what they were doing, Lee was accused of solving problems by trying many different ways of connecting the components of wireless and observing his results.

A few related dates and events that are important to the story:

We begin the story with David Sarnoff, who left his job as junior telegrapher with the Commercial Cable Co. to take a job as telegrapher with Marconi Wireless Telegraph Co. Marconi had been his hero from the time he first read about him in the papers he delivered and sold. When Marconi visited his New York office, Sarnoff boldly introduced himself and a now-and-then relationship of mentor and mentee began. Even though he was young, Sarnoff quickly gained stature in the company and was assigned to sea voyages in order to become an expert in ship wireless equipment and its use.

Edward Nally, Marconi’s New York City branch manager, was experienced with the transatlantic cable but knew nothing about wireless. Sarnoff, who left school in the eighth grade, was a competent, self-taught engineer by age 22 and taught Nally the theory and practice of wireless communication. He also taught telegraphy and wireless technology at the Marconi Institute, another of Marconi’s businesses.

At some point, Sarnoff and Nally became close friends. One account claims they were together the evening of April 10, 1912, when the Marconi station atop the Wanamaker department store in Philadelphia received the relayed news that the Titanic had struck an iceberg and was sinking.

This is doubtful because Wanamaker’s was closed on Sundays. Thus, Sarnoff probably didn’t receive the news until Monday morning. Sarnoff claimed that he was the first shore operator to receive the news and stood by his key for 90 hours until all passengers had been accounted for. That blatant exaggeration was refuted by two operators who were receiving and sending from the station during the crisis. Yet Sarnoff’s version became legend, one he told and retold throughout his long career.

De Forest and the triode

Around this time, Lee de Forest had invented the triode, or three-element radio tube. Twenty-three years earlier, Edison had discovered what came to be known as the “Edison effect.” If a second metal element was added to Edison’s lamp and a power source connected between the hot filament and the metal element, now called the plate, current flowed from filament to plate.

De Forest added a “grid” between the filament and the plate. The grid was something like a coarse screen (as in window screen). By applying various negative voltages to the screen, the flow of electric current would be reduced proportionately. The triode, a.k.a. the Audion, became the workhorse of wireless technology—useful for detecting radio waves, amplifying them and converting them to audio frequencies that powered headphones and loudspeakers.

Before the invention of the triode, detection was accomplished by using a “coherer.” This was a glass tube filled with nickel and silver granules. The coherer was wired in series with a battery and headphones. When the coherer received an incoming dot or dash of Morse code, the granules were drawn together due to the current flow, became a better electrical conductor, and the current passing through it powered the clicks heard in the headphones of the receiving telegrapher.

Thus, the triode was a triumph of technology—so much so that de Forest proclaimed himself the father of radio. Of course, he was ignoring the 20 or so other inventors of critical links in the radio invention chain, from the invention of the electrical battery by Alessandro Volta in 1800 to the triode in 1906.

In 1913, Sarnoff visited the laboratory of professor Michael Putin, who had hired his friend and Columbia graduate Edwin Armstorng. Armstrong demonstrated a regenerative radio receiver, a concept he conceived while in school. The principle of regeneration was to feed back a part of the amplified output signal to the input stage, which boosted the output many times.

This scheme resembled having an emergency home generator and plugging it into a wall outlet to generate the power it would use to power itself and your home. But this was not perpetual motion. Energy was added from the circuit’s power source, thereby enabling the regeneration. Armstrong filed for and was granted a patent. The regenerative principle, which depended on de Forest’s triode, became the basis for oscillators that were the heart of sophisticated transmitters and Armstrong’s invention of the remarkable superheterodyne radio receiver, a principle that is still in use today.

In 1917, Sarnoff had been promoted to commercial manager of the Marconi organization; he had charge of 725 employees and 582 radio installations. He licensed the rights to Armstrong’s regeneration patent, No. 1,113,149. His vision and management kept him on an uphill path, and he became general manager of RCA in 1921—four years after it was formed as a subsidiary of General Electric. He was promoted to president of RCA in 1930, a position he held until 1947 when he became chairman of its board. His service to RCA was interrupted by World War II, when he served Gen. Dwight D. Eisenhower as the head of all wireless communications for the Allies. He left the Army as a brigadier general.

Meanwhile, de Forest claimed that he, not Armstrong, was the first inventor of the regeneration circuit that Armstrong had patented. This appears unlikely because of other work he was doing for two or three years between the date he claims to have invented it and the date he challenged Armstrong’s date of invention. The importance of the invention clearly would have taken top priority unless its potential had not been understood. Armstrong won the litigation that followed.

Armstrong was wealthy from his patents. He had $5 million in the bank and potentially several more millions in stock. He had little practical reason to hate de Forest. But Armstrong was not a forgiving person. He judged an issue or a person to be right or wrong without any shades of gray. He considered de Forest to be an intellectual and legal fraud, one villain in this long story.

In spring 1934, Armstrong was invited to speak to the Institute of Radio Engineers at its annual meeting. The group got wind of Armstrong’s intention to return the IRE Medal of Honor it had awarded him in 1918. At a point in his speech where it became obvious of his intent, he was interrupted by the master of ceremonies who reminded Armstrong that the award had been for “… engineering and scientific achievements in relation to regeneration and the generation of oscillations by vacuum tubes … and that the institute strongly reaffirms the sense of what it believes to have been the original citation.”

In tears, he thanked the institute for confirming the validity of his medal. The main value of Armstrong’s regeneration turned out to be the discovery of a means of oscillation—that is, the generating of the radio frequency signal that is the basis for all radio and TV transmission and reception.

Armstrong was aware of the susceptibility of A.M. (amplitude modulation) to noise from lightning and local electrical machinery, even ignition noise from nearby passing cars. By 1934, after several years of development, he perfected F.M. (frequency modulation) and had filed for several patents.

In 1935, he arranged to demonstrate his system before the Institute of Radio Engineers. The demonstration was extraordinarily impressive, the audio fidelity superb. Even the tearing of a piece of paper was received with perfect clarity and absent any noise. Armstrong was again an acknowledged inventive hero.

(At this point, imagine the twirling of a super-villain’s handlebar moustache.)

Armstrong’s old friend, Sarnoff, recognized the truly great improvement of F.M. over A.M. but considered it a commercial revolution rather than evolution. Thousands of transmitters would become obsolete, along with millions of radios. He knew that F.M. would be the preferred system someday, but his aim was to delay it until RCA could make the most profit from it.

Sarnoff, who had connections with the federal government due to his commendable radio communication achievements for the military in World War II, lobbied the Federal Communications Commission to reject Armstrong’s request for a license for an experimental F.M. station. Only when Armstrong threatened to take F.M. overseas did the FCC yield and grant him a small F.M. band.

As the tiny Yankee Network grew, it was no immediate threat to Sarnoff. But he feared it may proliferate and offered to buy a license for F.M. from Armstrong, who would not sell outright and demanded that RCA pay royalties (as other radio manufacturers did). Sarnoff refused. RCA, meanwhile, was said to be working on its own F.M. circuits while making and selling F.M. radios, reportedly violating and ignoring Armstrong’s patents.

At the end of World War II, the FCC moved the F.M. frequency band and reduced the allowed broadcasting power. This action made existing transmitters and radios obsolete. Sarnoff’s role in the change is not known but seems highly likely, considering his part in the legal battle that followed.

Armstrong sued RCA and NBC (its subsidiary) in 1948. An army of Sarnoff’s lawyers dragged out the proceedings with endless hearings on inconsequential matters that were peripheral to the main issues. The five years of personal harassment and delays took their toll on Armstrong’s personality and health. He had spent his fortune on lawyers and claimed that he was nearly broke.

Our story’s “super-villain,” Sarnoff, denied that his tactics had any bearing on Armstrong’s suicide. He was eventually ousted as chairman of RCA and died in 1971. Lee de Forest, the less prominent “villain,” continued his quest for fame as the father of radio and died in 1961. And Marion Armstrong won two of the 21 infringement suits (settling on the rest) that her husband, the hero of our story, had filed a month before his suicide. She died in 1979.