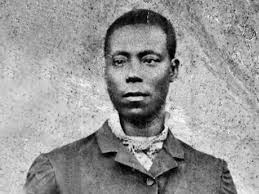 MARCH 3, 1821
Thomas Jennings became the first African-American inventor to receive a U.S. patent, for his “dry scouring of clothes” or dry-cleaning. Jennings, a free man who was a New York clothier and tailor, became very wealthy and used most of his money to support abolitionist activities in the Northeast. In 1831, he became the assistant secretary for the First Annual Convention of the People of Color in Philadelphia.

MARCH 2, 1861
The Patent Act of 1861 increased the term of a patent grant from 14 years to 17, a duration that stood for 134 years. In 1995, stipulations were amended to state that for applications filed on or after June 8, 1995, the patent term is 20 years from the filing date of the earliest U.S. or international application to which priority is claimed, excluding provisional applications.

MARCH 7, 1876
Alexander Graham Bell was granted U.S. Patent 174,465—Improvement on Telegraphy. Though he received the first patent for a telephone, there is strong evidence that Bell did not invent the device despite widespread assumptions to the contrary. The U.S. House of Representatives approved a declaration in 2002 acknowledging Italian immigrant Antonio Meucci’s role in the invention.

MARCH 5, 1963
Arthur K. Melin received a patent for a Hoop Toy, years after the hula hoop had been a 1950s fad. The hula hoop’s origins date to the days of ancient Greece and Egypt.