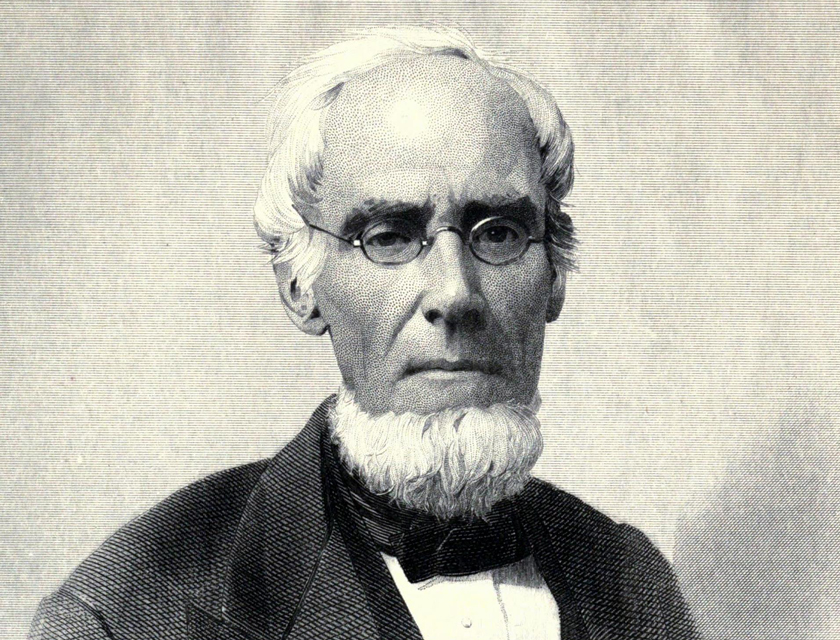 Gail Borden invented his process for condensed milk, not long after witnessing children dying aboard a steamship because of a lack of fresh milk.

With one year of formal schooling, Borden developed a process that was the first way to preserve milk without refrigeration so that it could be stored and shipped long distances. This helped change the dairy business from a local farmer-to-consumer business into a major industry.

Borden used a vacuum pan with a heating coil to vaporize the water from the milk without burning or souring it. During the Civil War, the Union Army ordered more of the milk than Borden’s factory could produce.

U.S. Patent No. 15,553 resulted in his being inducted into the National Inventors Hall of Fame in 2006. Borden also worked as a newspaper publisher and land surveyor; he prepared the first topographical map of Texas as well as surveying and planning the city of Galveston.