How the IoT has Expanded Our World 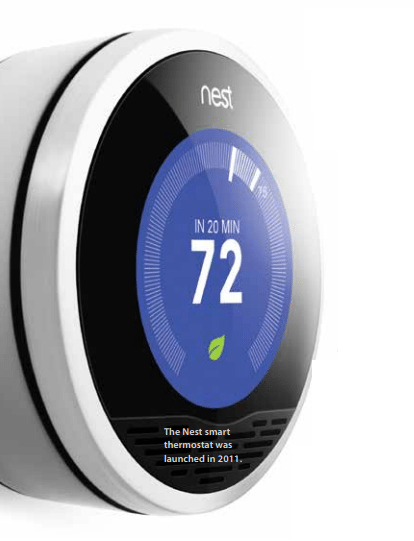 ‘The Internet of Things’ encompasses types of connected devices

I can remember the first time the internet felt powerful to me. I was a freshman at Union College in 1998, starting my engineering journey in upstate New York. My friend Tally got a visit from a high school friend in Denver, and I exchanged email addresses with her friend.

One day, I wrote an email to her and made a sarcastic comment about Tally. Within the hour, Tally was in my dorm room chewing me out about how offended she was about my comment. Until that moment, I considered the internet to be more a silly diversion to see disgusting pictures from rotten.com or for playing Snood. That day made me realize that if it could cause a rift in a friendship, it was a much more powerful tool than I had imagined.

Fast-forward almost 20 years, and the internet is practically like the air we breathe. It is an ever present and necessary part of our lives for communication, work and entertainment.

Until recently, the internet was mostly a network for computers to talk to each other, with little influence on the physical world outside of those borders. The phenomena of the “Internet of Things” (IoT) is changing that.

The IoT is the term used to describe the network and devices that communicate to and are controlled via the internet. Connected devices can help us monitor our home or fitness, curb bad behaviors, find our lost items, or any number of expanding applications. This first of a two-part series on IoT devices will discuss the history of the IoT and the different types of IoT devices. The second installment will reveal the architecture of an IoT network and discuss prototyping methods for IoT innovations.

The term “Internet of Things” was coined in 1999 by Procter & Gamble employee Kevin Ashton, who used it to describe radio-frequency identification technology for supply chain management. It may have taken a while to put a name to connected devices and their environment, but they had been in development for years before that.

In the 1980s, Carnegie Mellon University retrofitted a Coca-Cola machine that had network connectivity to tell users whether there was a drink available. This pre-internet application was limited to a few geeky users, but the first IoT device that generated mainstream buzz was the webcam. The first webcams were single-frame still cameras that were thrust into the mainstream when the website jennicam.com went live in 1996. College student Jennifer Ringley hacked a webcam to take a photo inside her dorm room every 15 minutes and post it to her website. The uncensored behind-the-scenes shots captivated the nation and thrust Ringley into the national spotlight, even getting her an appearance on David Letterman’s late-night show in 1998.

It was not until about 10 years later that products that were specifically designed for the IoT started hitting the market in earnest. First blood was in the fitness and home automation categories. In 2007, Nike collaborated with Apple to create the Nike+ system, which used a vibration sensor installed in a sneaker that communicated with a dongle attached to an iPod. This allowed for data from the sneaker to be sent to the iPod, which was then uploaded to a website. Users could track their performance and share with the community.

The breakthrough IoT device for the home came in 2011, when the Nest smart thermostat was launched. It can sense when you are home, learn your schedule, and is wifi connected so that it can be controlled from anywhere. Its success has made Nest a household name; the company has extended its smart home line of products to include a smoke alarm and security cameras.

These products are just a couple of the most impactful in IoT history but certainly not the last. The incredible sales and consumer interest in these devices have opened the floodgates, and a slew of new IoT devices are launched every year in a variety of consumer categories.

A plethora of products are in the category of connected devices, but they can be grouped into categories based on functionality. The three main types are singleended, bidirectional and hubs.

Single-ended IoT devices are products in which the communication between the device and internet goes one way. An example is a home-monitoring device that reports a measured metric such as temperature or humidity via a wireless connection to a web server. The data can then be viewed by a computer or smart device. However, the computer or smart device monitoring the sensor cannot send back data to it to control the environment being monitored. These types of devices are the most common because they are the easiest to design and deploy.

The Amazon Dash buttons are another example of a single-ended IoT device. The user presses the button on the device, and a signal is transmitted over the web to the Amazon store to order a prescribed amount of a product.

Bi-directional IoT devices are products in which there is two-way communication between the device and the monitoring system. In this instance, signals from the device are transmitted to a web server and data can be sent back to the device to affect its environment. Many home automation products are bi-directional. For example, the August Smart Lock home security system features a device that controls the lock on a house door and a connection to a smartphone. The lock reports back to the smartphone whether the system has been unlocked by authorized users. It also allows the homeowner to send a signal to the lock from his or her phone to unlock the door. The Nest thermostat is another good example of a bi-directional IoT device; it can be monitored and controlled via the web.

Some IoT devices serve as a hub for other IoT products and as another gateway to the internet. These devices can control many other connected devices by voice command, or via a smart device. The Amazon Echo can take voice commands to control multiple devices such as speakers, the Nest thermostat, Philips Hue smart lighting and more. Because it is connected to the web, it can also report back the weather, access your calendar, or report back other data. These types of products are becoming so popular that other companies, such as Google, are coming out with their own IoT hubs.

The Internet of Things is associated with a flood of new connected products to help us monitor and control our environments with a variety of different functionality, and new applications of the technology are being born every day.