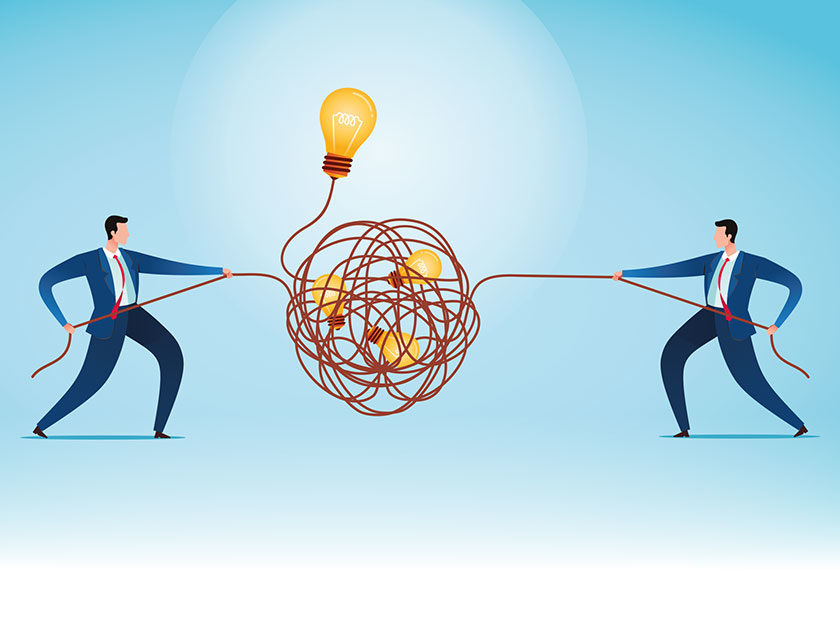 How the U.S. patent system has devolved during the past 12 years

Editor’s note: Following are remarks delivered by IP Watchdog founder Gene Quinn during the recent ITech Law 2019 European Conference in Dublin, Ireland. Quinn’s comments, edited here for length, also serve as a short overview of the status of patents in the United States.

What I tried to do for this presentation is figure out in about seven or eight minutes how I could convey to you what’s really going on in the United States. Because, frankly, it is a mess.

The patent system in the United States, for those of you who are unfamiliar, is extraordinarily weakened from where it was 12 years ago. Getting an injunction in the United States is simply not possible anymore in litigation, except for in the most extreme situations.

Over the last 12 years, the U.S. patent system largely has become a compulsory licensing system, and increasingly so. This obviously has ramifications for all patent owners. And during this time, Congress also passed the America Invents Act, which created what’s known as the Patent Trial and Appeal Board, which has made it more easy to invalidate patents in the United States. As it turns out, 90 percent of patents that actually get to a final decision at the PTAB are found to have a mistake. …

Also along the way, the Supreme Court has been changing the laws with respect to what is fundamentally patent eligible in the United States, affecting software and a lot of biotechnology.

As a result, the U.S. patent system has become extraordinarily weaker than what you have over here in Europe—even, I would say, weaker than the system that is developing in China.

So, it is against this backdrop that we see that a lot of things are being affected in the standard essential patent (SEP) world.

There are two different philosophies that have always existed in the patent world.

One is the belief that you don’t really need patents, patents are unnecessary and innovation will happen anyway. The other says, “We need patents, because if we can’t have patents, we don’t have rights. And if we don’t have rights, we can’t monetize them. And if we can’t monetize them, what’s the point in innovating? Because we can’t make money doing it.” Because innovators— pure innovators—don’t make anything. They innovate purely, and then they license to others who control the channels of distribution and marketing.

And that’s largely what we see in the SEP world today. We have the innovators who innovate—the scientists and engineers. And then they pass it along to the implementers, who bring it to the consumers. And that whole process and ecosystem has to work.

Unfortunately, in the United States, it doesn’t work. I think that that’s why, from the U.S. perspective, we talk an awful lot about the Unwired Planet v. Huawei case. That is a very pro-patent owner case, because at least you have a judge and courts here in the UK, across the Irish sea, that are willing to do something.

That, from our perspective, is important. And that’s why I think you’re starting to see the UK courts becoming a more important forum.

If that case stands, it’s only going to become a more and more and more important forum, in the SEP world, certainly, but maybe in patent litigation overall.

FTC v. Qualcomm is a big case in the Northern District of California, where Judge Lucy Koh ordered that Qualcomm was engaged in unlawful licensing practices by not offering competitors fair, reasonable and non-discriminatory (FRAND) licensing terms.

The Federal Trade Commission brought FTC v. Qualcomm several days before President Obama left office. And then one of the new members of the FTC had to recuse himself and it was a 2-2 vote when President Trump took over, so the case continued.

This gives you some perspective of what’s going on in the United States. You have the FTC off in one direction; you have the DOJ in another direction. …