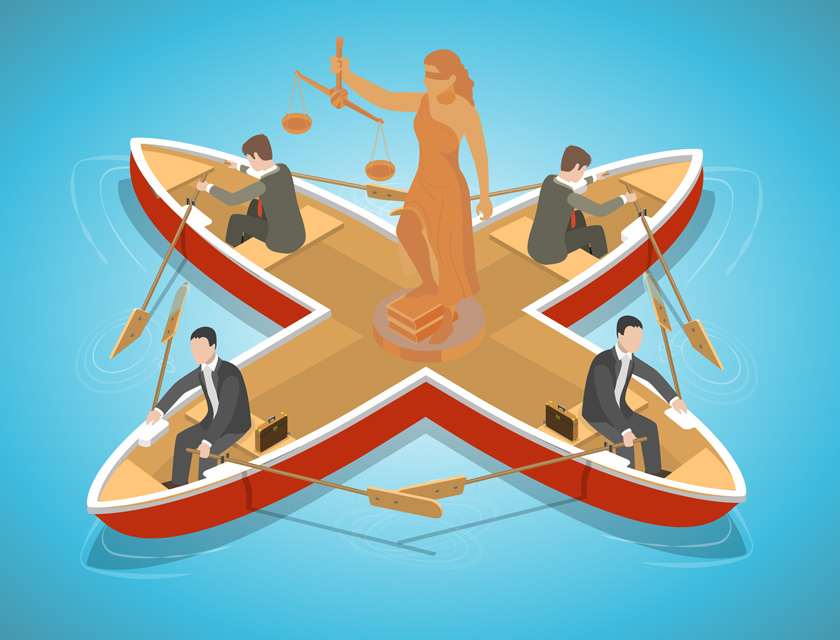 If you find yourself in a patent dispute that leads to a legal challenge, you can benefit by knowing the inner workings of the various tribunals that can rule on them.

These forums include federal district courts, the Court of Federal Claims (CFC), International Trade Commission (ITC), and Patent Trial and Appeal Board (PTAB).

Although the tribunals discussed here have some overlap in the scope of matters decided, they are not necessarily exclusionary—i.e., the same patent may be subject to proceedings in multiple forums.

Federal district courts allow suits for patent infringement by patent owners, as well as patent validity challenges by third parties. A successful patent owner may be awarded monetary damages and/or injunctive relief (preventing the infringer from further use of the patented invention). Federal judges often do not have a scientific or technical background and regularly hear many types of cases, besides those involving patents. More information: January 2022 issue of Inventors Digest on these USPTO pages.

A prevailing patent owner is entitled to monetary damages only (rather than injunctive relief). Judges at the CFC tend not to have a scientific or technical background, and handle various subject matter in addition to patent issues. More information: uscfc.uscourts.gov/about-court

Here a patent owner can be awarded injunctive relief in the form of an “exclusion order” (as opposed to money damages) for patent infringement. An exclusion order prohibits entry of infringing articles into the U.S. and is a powerful remedy.

Patent-based ITC investigations can involve issues of infringement, validity, and remedies (among others). Administrative law judges conduct proceedings and often have a technical or scientific background, as well as prior experience in intellectual property law. More information: usitc.gov/press_room/about_usitc.htm

The Patent Trial and Appeal Board is an administrative tribunal within the United States Patent and Trademark Office. The PTAB adjudicates only patentability issues; it does not address infringement or damages. In post-grant review proceedings involving issued patents, a challenger files a petition arguing that a patent’s claims are unpatentable (and thus should not have issued in the first place).