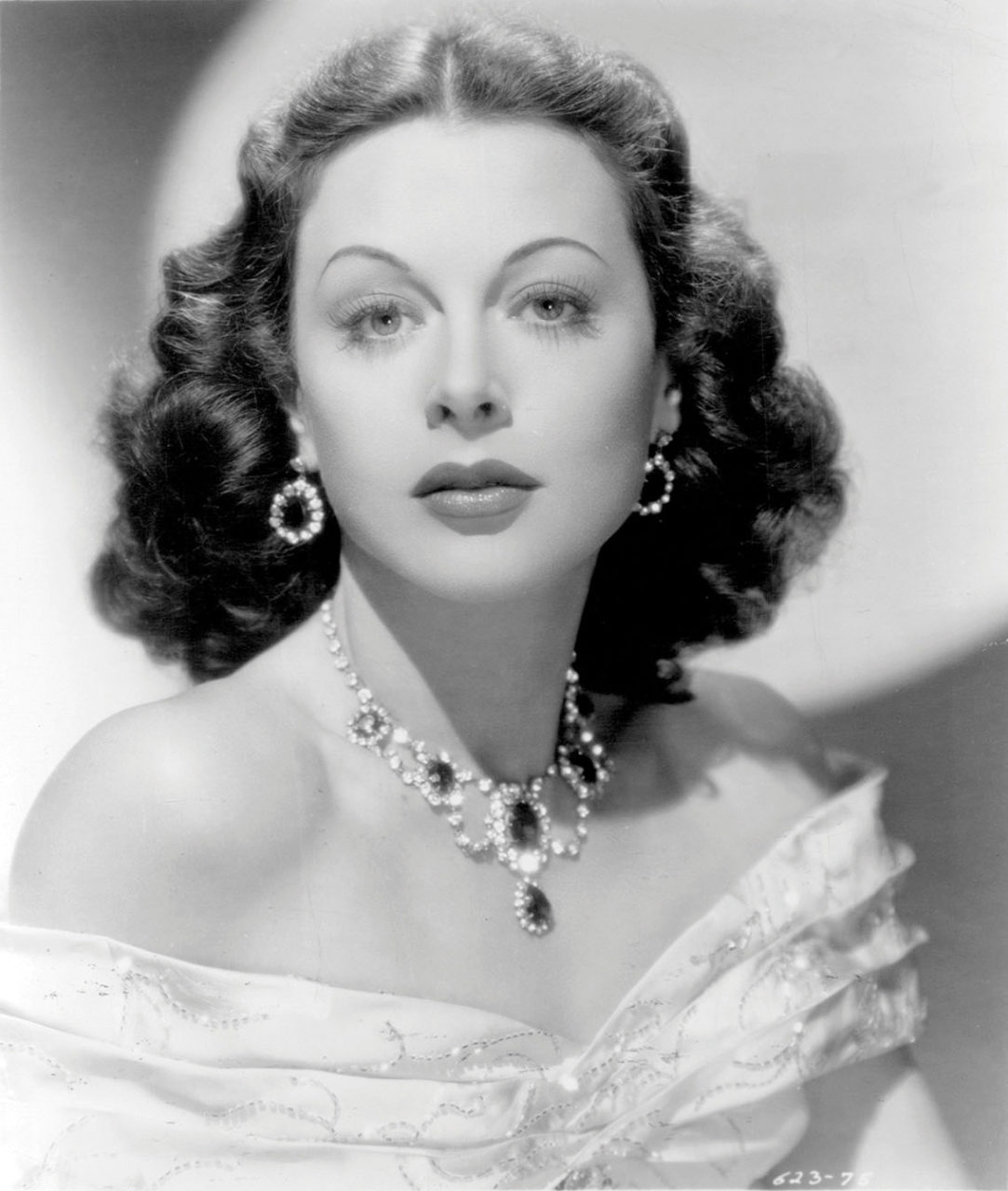 Silver screen star Hedy Lamarr, dubbed “the most beautiful woman in the world,” was revered for her exotic looks, but it was for what she did off the movie set that Lamarr longed to be remembered. Proving that she was more than just another Hollywood star, Lamarr’s “frequency-hopping technology” earned her a place among the 20th century’s most important inventors.

Born Hedwig Eva Maria Kiesler to Jewish parents in Austria, at age 18 Lamarr starred in the film Ecstasy, which put her name on the hushed lips of film fans around the globe. That same year, she married Fritz Mendl, a wealthy arms manufacturer with ties to both Hitler and Mussolini. Lamarr often accompanied her husband to meetings, where conversations revolved around secret weapons and detection devices that could listen to and jam the radio signals that American aircraft and weapons used to communicate with one another.

As World War II and the Nazis approached, Lamarr fled her homeland and controlling husband, and booked passage on the Normandie, a ship she knew was carrying movie magnate Louis B. Mayer. By the end of the trip, Lamarr had secured a contract, with the stipulations that she change her name and learn English—which she did very quickly.

Often playing the role of glamorous seductress, Lamarr’s career took off as she shared the screen with Hollywood’s leading legends—Clark Gable, Spencer Tracy and Charles Boyer—but she could just as easily have been cast as a spy, for Lamarr had an alter ego: actress by day, inventor by night.

“She set aside one room in her home, had a drafting table installed with the proper lighting, and the proper tools—had a whole wall in the room of engineering reference books,” said Richard Rhodes, author of Hedy’s Folly: The Life and Breakthrough Inventions of Hedy Lamarr, in a CBS Sunday Morning interview. “That was where she ‘invented.’ ”

It was a hobby Lamarr didn’t make public and rarely revealed. “She was such a creative person, I mean, nonstop solution-finding. If you talked about a problem, she had a solution,” said her son, Anthony Loder, in the same interview.

Lamarr’s early inventions, which included a better Kleenex box, a new traffic signal and a tablet that dissolved in water to create a carbonated drink, didn’t go anywhere, but the war in Europe was never far from her thoughts. Newspaper headlines declared the atrocities of German U-boats torpedoing ships in the Atlantic, often carrying women and children trying to flee the Nazis, and Lamarr was determined to do something about it.

Chance of a Lifetime

She spent countless hours working on a secret communications system, but a chance meeting with composer George Antheil at a dinner party helped steer Lamarr in the right direction. An avant-garde composer, Antheil was famous for a symphony that used unconventional instruments and incorporated more than a dozen synchronized pianos. A discussion drew them to the conclusion that if pianos could be synchronized to hop from one note to another, why couldn’t radio signals that steer torpedoes hop, as well?

The technology, known as “frequency hopping,” would prohibit the signals steering torpedoes from being intercepted. The theory was that if the transmitter and the receiver simultaneously jumped from frequency to frequency, then someone trying to jam the signal wouldn’t know where it was.

Lamarr and Antheil succeeded in patenting the ingenious frequency-hopping technology in 1941, but the invention was not well received by the National Inventors Council, nor Navy commanders. This was especially true when they discovered the frequency-hopping technology was controlled by a player piano mechanism and the 88 piano keys represented. Lamarr was told she could contribute more to the war effort by raising money, which she did, using her fame to raise millions of dollars in war bonds. She quietly signed her patent over to the United States Navy.

The enormous significance of Lamarr and Antheil’s invention was not realized for decades because the idea was so far ahead of its time. It was first used 20 years later by the military during the Cuban Missile Crisis in 1962. Lamarr continued to watch others take advantage of her technology, which galvanized the digital communications boom. Lamarr and Antheil’s frequency-hopping system served as a basis for modern spread-spectrum communication technology, which is used in cell phones, fax machines, GPS systems, Bluetooth and Wi-Fi.

Nearly 50 years after the original patent was issued, in 1997 Lamarr and Antheil were honored with the Electronic Frontier Foundation Pioneer Award. Later that year, Lamarr became the first female recipient of the BULBIE™ Gnass Spirit of Achievement Award, which is “given to individuals whose creative lifetime achievements in the arts, sciences, business, or invention fields have significantly contributed to society.”

Lamarr died January 19, 2000 at age 86. Her obituaries began with comments on her great beauty, with few references to the invention she had hoped would prove she possessed a beautiful mind, too. Although too late for Lamarr to see herself recognized as more than a pretty face, she and Antheil were inducted into the National Inventors Hall of Fame in 2014. Lamarr would have considered it her Oscar moment.