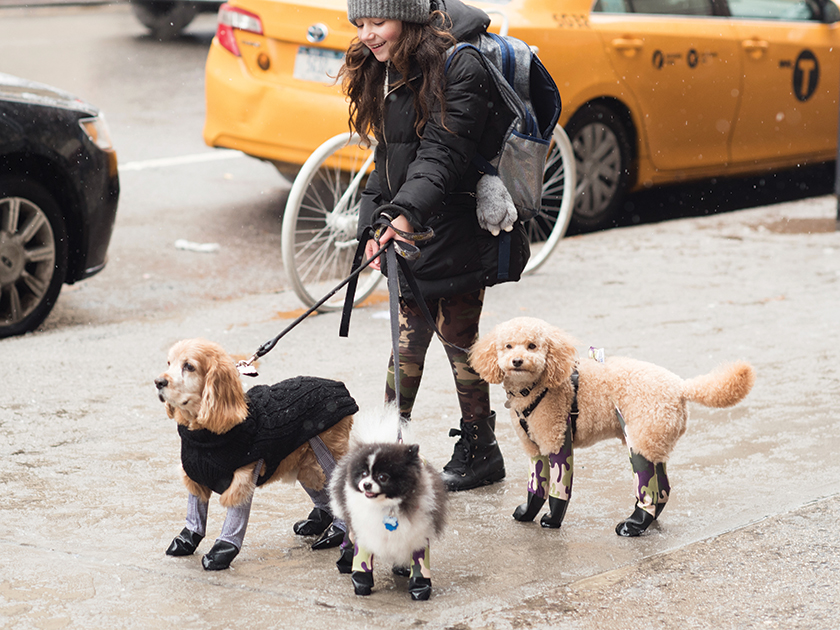 Amazon representatives confirmed in January that 10,000 of its employees are working on its Alexa voice assistant product. More than 100 million Alexa devices have sold.

The Alexa-powered Echo and Echo Dot devices had a major breakout during the 2017 holiday season, with Echo Dot the No. 1-selling product on the site. The enthusiasm for the product line and Alexa has grown.

This massive development team is primarily working on the technical features of the platform, including the intelligence and usability. As more households are using multiple Alexa devices, this development is to ensure that the platform keeps pace with user demand and the growth of voice-enabled devices.—Jeremy Losaw

Spring is here, but warm weather is still a ways off for many of us. Walkee Paws, billed as the first and only dog leggings to hit the pet apparel market, are designed with durable, four-way stretch fabric and waterproof rubber soles. They also protect against germs, chemicals and allergens.

An innovative learning lab opened during this school year at Whitewater Middle School in Charlotte is helping to promote the next generation of inventors. Whitewater is one of six schools in the public school district that have been part of Verizon Innovative Learning since 2016. The lab offers students a 3,000-square-foot area where they can collaborate, create, think critically and solve problems. Technology includes augmented reality and virtual reality (AR/VR), coding and circuits, 3D design and sound production.

The ratio of 5-year-old Chinese design patents that lapse—meaning that although China claims more patents than any country, most of them are worthless.

1. True or false: The New England Patriots were issued a trademark for the term “19-0,” representing a perfect season in 2007, even though they lost the Super Bowl.

2. Who owns the trademark to the catchphrase “That’s Hot!”?

4. Who said, “Creativity is intelligence having fun”?

1. Too weird to be anything but true. Even more bizarre, the trademark was approved in December 2016—almost nine years after the Super Bowl loss that ruined their perfect season. 2.C. Hilton also won an infringement lawsuit against Hallmark over the catchphrase.3. Packard introduced the first power windows in the 1940 Packard 180 series. 4.A. 5. True, but it only applies to telecommunication services.