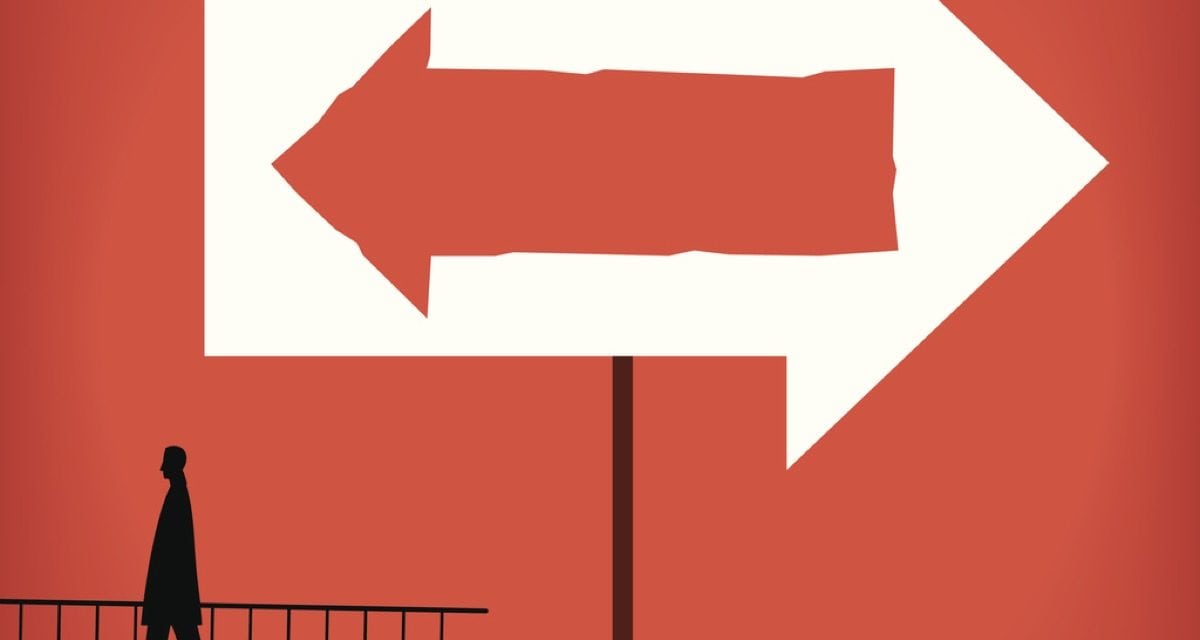 In many parts of the world on April 26, there was reason to celebrate World Intellectual Property Day. In the United States, there should be less celebration and more reflection on how elected leaders, appointed officials and learned jurists are allowing the engine of U.S. economic dominance to be disassembled. However, there could be much to celebrate in America if a few decisions in the past 11 years are reversed to put the United States on exceptionally solid footing.

Though the U.S. patent system is not in a good place, some identifiable moments have started to move things in a positive direction in recent years. The United States Court of Appeals for the Federal Circuit has found software to be patent eligible a number of times, and in several important life sciences cases it has seemed to move in a more positive pro-innovation direction. Increasingly, those walking the halls of the Capitol are finding a better reception in more offices, with more representatives and senators interested in patents, innovation and the national security issues and economic issues tied to these important matters.

Many of the biggest problems facing the patent system have been felt most directly by innovative start-up companies, and research and development companies operating in computer software and life sciences. Independent inventors have also been hit hard, but that has largely been as an indirect result of patents becoming devalued across the board—also due to the ease with which patents can now be challenged at the Patent Trial and Appeal Board.

For many independent inventors, the problems that plague so many high-tech innovators are not an issue. Patent eligibility rejections are not generally a problem for anything that has a tangible manifestation—so if you invent something that might be sold on QVC, for example, you should not encounter the same uphill climb at the United States Patent and Trademark Office that is faced by others. Statistics show that the USPTO technology centers dealing with mechanical inventions, electrical inventions, products, and designs, all areas where many independent inventors operate, are operating largely unchanged over the last several years.

So before throwing away your patent dream, it is worth thoughtful consideration about the state of the industry with respect to the type of invention you have, and where the industry will likely head in coming years. A rising tide will lift all boats—so as the patent system improves for the most beleaguered high-tech software and life sciences companies, it will become better for all.

The Supreme Court’s decision related to the issuance of injunctions to victorious patent owners upon successful completion of patent litigation. Prior to May 15, 2006, when a patent owner prevailed on the merits in a patent infringement lawsuit, there was a well-established general rule that an injunction should issue absent the presence of a sound reason for denying it. That makes perfect sense, given that the patent is an exclusionary right (i.e., the patent grant by its nature demands that no one engage in making, using, selling, offering for sale or importing).

Now, in order to receive a permanent injunction in a patent litigation, the victorious plaintiff needs to demonstrate: (1) that it has suffered an irreparable injury; (2) that remedies available at law, such as monetary damages, are inadequate to compensate for that injury; (3) that, considering the balance of hardships between the plaintiff and defendant, a remedy in equity is warranted; and (4) that the public interest would not be disserved by a permanent injunction.

Ironically, patent owners are better off before they are victorious and have withstood all challenges. At least prior to a verdict they have the illusion of an exclusionary right that is akin to an injunction. But once they have prevailed, they cannot get a permanent injunction, which is bizarre. All that a permanent injunction would do differently from the terms of the patent grant already awarded would be to continue to allow the district court to maintain jurisdiction to punish recalcitrant defendants who refused to follow the court’s order.

The eBay decision largely removes the possibility of an injunction—which turns the patent system into a compulsory licensing regime at best. The infringer bears no risk of being told to stop infringing. This significantly tilted negotiating power, value and minimized opportunity for settlement, which maximized the likelihood that patent owners would have to sue. Most patent professionals point to this decision as the most harmful recent event.

The root of the patent eligibility evil lies with the Supreme Court’s decision in Mayo v. Prometheus. The real mischief of Mayo is found in the fact that SCOTUS intentionally chooses not to apply Title 35 of the United States Code, Section 102 (novelty), 35 U.S.C. 103 (obviousness) and 35 U.S.C. 112 (description) to evaluate the claims. The solicitor general of the United States specifically argued that the Supreme Court should look to those other sections of the statute—as the court itself commanded be done in Diamond v. Diehr, for example. Justice Stephen Breyer refused what he called the invitation of the government to allow the claims to be properly analyzed under 102, 103 and 112. It wasn’t an invitation; rather, it is what the Patent Act required.

In Diehr, then-Associate Justice William Rehnquist explained why considering newness under 101 was inappropriate. Now, newness (or novelty) is considered in a patent eligibility inquiry, but this newness is considered without any prior art being applied. That makes the question of newness under 101 purely subjective and untethered to any scientific or technical reality.

Today, thanks to Mayo, decision makers consider whether claims are new, nonobvious and even properly described all under a 101 patent-eligibility analysis, which allows decisions to be made without information or thoughtful consideration. It allows claims to be deemed conventional and therefore patent ineligible without applying a single piece of prior art; considering priority dates or availability of references; or when teachings were made public.

The biggest change brought by the America Invents Act is the creation of three ill-considered procedural challenges to issued patents. These post-grant challenges—inter partes review, post-grant review and covered business method review—give those who don’t like patents fresh opportunities to seek the invalidation of intellectual property rights issued by the USPTO. These procedures are added to challenges already available in federal district court, as well as reexamination, which continue to be available at the USPTO.

These post-grant proceedings have been so horribly one-sided that it is almost impossible to believe they are being carried out within an American system of any kind. The statute gives patent owners the right to amend patent claims, but the PTAB denies virtually all motions to amend because it interprets the statute as giving only a right to file a motion to amend, which it almost universally denies. Patent owners are also harassed and subject to petitioners ganging up on their patents, even though the AIA gives the director the power to protect against this.

The post-grant challenges have made infringing patents a more economical choice—while making it more costly for inventors to get and keep the protection they need to make innovating a worthwhile endeavor. It was all too predictable that a new tribunal would over-assert its own jurisdiction, but the breadth of how arbitrary, capricious and fundamentally unfair the process would be was not predictable.

System has rallied before

We’ve seen the U.S. patent system in near collapse before. In the 1960s and 1970s, the Supreme Court basically never saw a patent that was valid, leading to the creation of the United States Court of Appeals for the Federal Circuit. In the 1970s and early 1980s there was great concern that Japan would win the technology future and America would become an also-ran in the burgeoning technological revolution, but that never happened.

President Ronald Reagan demanded a buildup of the USPTO as part of his overall strategy to restore America’s patent strength and compete with the Japanese for technology dominance. He demanded that the patent office push down unacceptably high pendency rates, getting the average down to 18 months.

The president accomplished this goal by reaching a compromise with Congress. According to then-USPTO Director Gerald Mossinghoff, Reagan would commit to reducing patent application pendency if “Congress would enact a meaningful increase in user fees, which the USPTO could retain…” This was exactly the opposite of what politicians have been doing during the past generation. President Reagan did not raid the USPTO coffers; he reinvested in the office so it could do its job.

As a result of the shifting technological dominance to Asia by the end of the 1970s, particularly to Japan, President Reagan also appointed a Presidential Commission on Industrial Competitiveness to determine why America was losing its competitive edge. The commission report issued in 1985 analyzed a massive migration of technology and industry from the United States to Germany, Japan, Korea and other parts of the world. The report concluded that the lack of meaningful intellectual property protection was a principal driver of that outflow of technology and industry, and that corrective action was required.

Poor marks for Trump so far

Today’s systemic problems are two-fold: The federal circuit, which was created to bring stability to patent law, is among those that are destabilizing it. And President Trump has yet to announce any clear vision that acknowledges the need for government to promote innovator-friendly policies.

The federal circuit was created to harmonize patent laws across the United States and act as the chief patent appeals court in the United States. So if the circuit declines to provide stability in uncertain, unstable and evolving areas of the law, the court is not living up to the reason it was created. If the circuit does not recognize that patents are important property rights that must be presumed valid and adjudicated to be valid in all but the most extraordinary cases, the Federal Circuit has become no different than the Supreme Court and other federal courts from the 1960s and 1970s.

For unknown reasons, President Trump has allowed Michelle Lee to continue as undersecretary of commerce for intellectual property and director of the USPTO. In her speeches, Lee has used the famous quote from Thomas Jefferson that is often referred to by infringers to justify the stealing of intellectual property as victimless. Jefferson wrote: “He who receives an idea from me, receives instruction himself without lessening mine; as he who lights his taper at mine, receives light without darkening me.” Patent owners find this fundamental disrespect difficult to accept.

As we know from the 1980s, a strong patent system was the primary driver for the economic achievements that unleashed American enterprise and allowed the United States to compete on the world stage. It worked then to address what was a similarly difficult time, and it will work today. Of course, that will require real leadership and cooperation from a federal circuit that was created to address this problem.

The darkness of the 1960s and 1970s gave way to the strong foundations built in the 1980s and 1990s. Things will turn around eventually; the only question is when.

With China outspending the United States on late-stage innovation, the political environment of the early 1980s could be closer at hand than many people realize. We can only hope that will cause our elected leaders to envision the same future that was seen as possible when a strong patent system was understood to be the foundation of great economic promise and technological advancement.