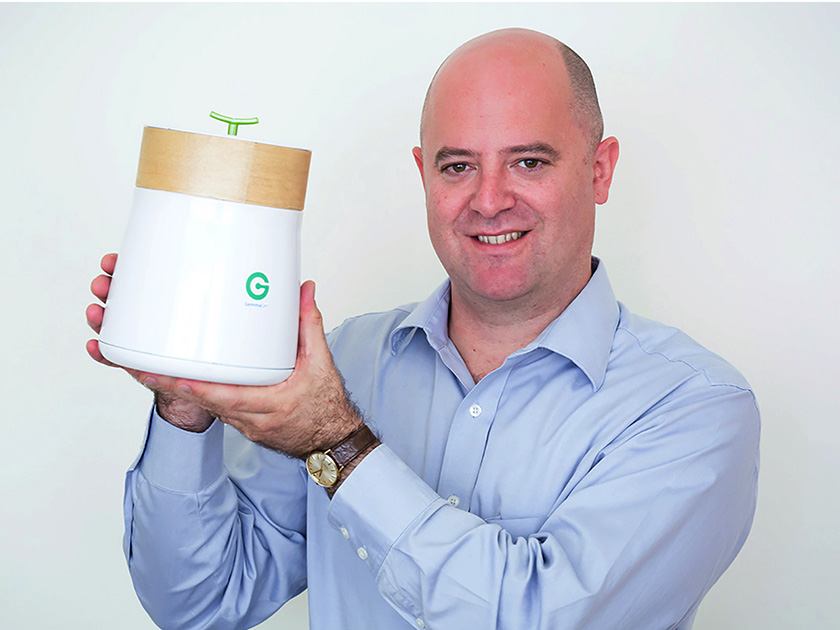 As more people use cannabis for medicinal and recreational purposes, it is becoming important for growers and consumers to validate how strong a given dosage is. Cannabis is harvested from plants, and like any other plant-based product can have some variability in potency based on how it was grown.

Everyone has had the experience of eating a piece of fruit that was sweeter or not as sweet as expected. That experience lasts only a moment, but cannabis users consuming a dose with an unexpected potency can have unexpected consequences for hours.

Israeli inventor Guy Setton saw the need for a device to accurately analyze the key metrics of marijuana buds and created GemmaCert, to allow non-destructive testing and give consumers a predictable result.

The GemmaCert uses spectroscopy (the study of the interaction between matter and electromagnetic radiation) to analyze the two primary compounds that make cannabis effective, THC and CBD. THC is the compound that makes you feel high; CBD is non-intoxicating but provides pain relief and other health benefits.

Testing is done by placing a sample from the plant into the analysis chamber at the top of the device. In about a minute, the GemmaCert analyzes light that is reflected and absorbed by the bud and provides the user with the content of the sample via a smartphone app. The procedure is non-destructive, so users can sample without wasting any product.

Although not quite as accurate as High-performance liquid chromatography (HPLC), GemmaCert is much faster and does not require trained technicians to run the equipment. The device costs approximately $4,000.

GemmaCert was created in response to research about the cannabis industry. Setton and his colleagues were exploring opportunities in the marijuana market for the Israeli health and nutrition business for which he was employed.

After completing research about the market, Setton realized how large the industry and potential revenue was. The business deal fell through, but he had the blessing from his employer to explore opportunities in the industry.

He thought it too risky to be a cannabis supplier due to the volatility of regulation, as well as the potential for the cannabis to become a commodity and for prices to drop.

“Ask any given person to name five potato producers for McDonald’s and no one can name them,” Setton says. “I saw cannabis flowers going that same direction.”

He saw opportunity in the analysis and proper labeling of cannabis buds. Setton found that there was massive frustration from both prescribers and users of medical marijuana that the same product could yield very different experiences for the user.

“There was a problem really knowing what the material was in terms of its composition and potency. … Patients were complaining that sometimes they got something that worked, and then the next time they were supposed to get the same thing and it didn’t work,” he says.

He noticed that the food and beverage industry was using spectroscopy for analyzing their products and wondered if it could be applied to cannabis.

The first prototype for the GemmaCert was a mixture of high- and low-tech components. Setton purchased an expensive spectroscope, mounted it inside a cardboard box and started taking readings and images of different cannabis buds. The prototype was held together with tape but allowed him to experiment with a technology that was usually deployed to analyze homogenous materials.

It took some experimenting to achieve good results for cannabis flowers, but he found that by rotating the sample and combining it with advanced imaging techniques, he could accurately find the THC and CBD content of a given bud.

“The cannabis flower posed a much greater challenge because the trichomes (where the active ingredients are concentrated) are not dispersed equally over the flower,” Setton says.

The next prototype was more robust but made a lot of noise and took up an entire tabletop. However, it allowed Setton the opportunity to gather lots of data on different cannabis strains, which was crucial to increase the intelligence of the device.

Then he started working with industrial designers and engineers to shrink the device to a more suitable size. He wanted the device to be visually appealing, so the designers created a device that is evocative of an Ehrenmeyer flask.

Patents on the GemmaCert have been filed and are still working their way through the various systems. He applied for protection in the United States, Canada and Europe—his primary target markets.

Setton says that although having patents are great for the business in terms of raising capital, he worries about having his intellectual property published once the patents issue for fear of copycats. He would rather keep some of his knowledge as a trade secret; from his perspective, a large part of the intellectual property is resident in the know-how he has built from his years of development.

He manufactures the GemmaCert in a unique way. The product is assembled in Israel, with the plastic parts made in Asia and the electronics sourced from European suppliers.

The price of the device is too high for most recreational cannabis users, build quantities are low, and he even used 3D printing for demonstration units. Keeping the final assembly in his home country was a big advantage, as it allowed him the maximum flexibility to update the build spec based on new learnings and user feedback.

Now that the product is available on the market, Setton’s next step is to continue the refinement of the device and maximize its potential. He already has customers all over the world using the product, with success. He hopes to apply the core technology of the device for use in the mass production of cannabis products.