Why Do So Many Start-ups Fail? Two Surveys Highlight Common Factors 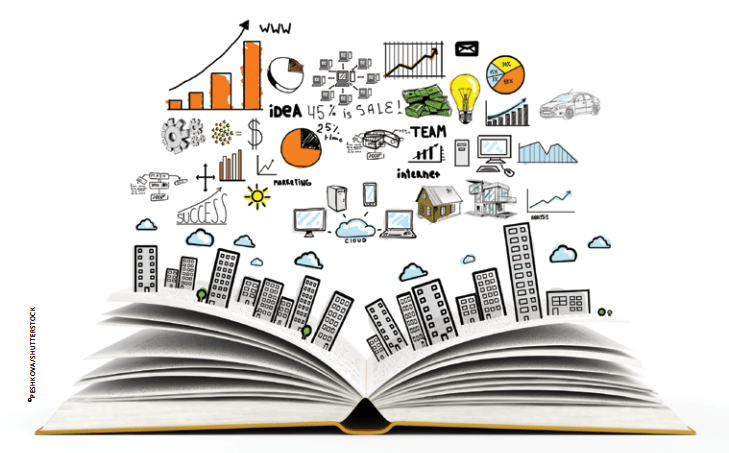 Failure can be defined in many ways, but the factors involved are often consistent.

Other than selling your invention outright, the two primary ways of making money from your invention are licensing it in return for royalties or becoming the “entrepreneurial inventor” and starting a small business to produce your invention and market it yourself.

The February 2018 Inventors Digest, which focused on start-ups, began its coverage with statistical evidence of the formidable challenges facing newcomers. Inventors need to understand the “start-up world” if they choose this invention commercialization approach.

Start-ups are risky and don’t generally have a very high success rate. In a 2012 Wall Street Journal online article entitled “The Venture Capital Secret: 3 Out of 4 Start-Ups Fail,” author Deborah Gage cited some interesting statistics from a research study conducted by Shikhar Ghosh, a senior lecturer at Harvard Business School.

Ghosh examined data from more than 2,000 companies that received venture funding, generally at least $1 million, from 2004 to 2010. He noted that the definition of failure in these situations can vary. If failure means liquidating all assets, with investors losing all of their money, an estimated 30 percent to 40 percent of high-potential U.S. start-ups fail, he said. If failure is defined as failing to see the projected return on investment—such as a specific revenue growth rate or date to break even on cash flow—more than 95 percent of start-ups fail.

Gage mentioned several other studies of interest in this context of “start-up failure.” For example, among all companies, about 60 percent of start-ups survive three years and roughly 35 percent survive 10 years (per separate studies by the U.S. Bureau of Labor Statistics and the Ewing Marion Kauffman Foundation, a nonprofit that promotes U.S. entrepreneurship). Also, companies that didn’t survive might have closed their doors for reasons other than failure—i.e., being acquired, or the founders chose to move on to other ventures.

But why do start-ups fail, by any definition? Several “post-mortem”-type surveys and studies can shed light on what happened and why.

A survey was conducted of founders involved in 32 start-up failures to summarize the top 20 reasons; results were published in early January 2011 on Chubbybrain.com. To touch on the major highlights, these were the top 10 among those 20 reasons for start-up failure:

Another survey was reported in an article entitled “Why Startups Fail, According to Their Founders,” by Erin Smith on Fortune.com in 2014. The reference was to an analysis conducted by CB Insights (a New York-based venture capital database company) of 101 post-mortem essays by start-up founders to pinpoint the reasons they believe their company failed. Those top 10:

Sound familiar? In those two surveys, conducted approximately three years apart and with different samples, eight of the 10 reasons for start-up failures were the same: ignoring customers, no market need, not the right team, poor marketing, ran out of cash, needed a business model, product or service mistimed, and poor product or service. These are the red flags that must be considered by the entrepreneurial inventor in planning his or her business start-up.

And consistent with the shared results from the two surveys cited, he wrote: “Many entrepreneurs fail to take the actions that research shows help businesses survive. Academic evidence shows that putting in place careful financial controls, emphasizing marketing plans and writing a business plan increase the odds that a new business will survive, yet many founders fail to write plans, have inadequate financial controls and don’t focus on their marketing plans.”

Because these are skills that most inventors don’t have, they need a team of people with the right mix of skills and experience. Shane noted that “some start-ups fail because of factors beyond their founder’s control, but responsibility for much of the high failure rate of new businesses lies with the entrepreneurs themselves.”

So heed this reminder from Nolo.com when it comes to the advantages and disadvantages of marketing and manufacturing your invention: “The financial rewards are potentially much greater—which is precisely why it appeals to more entrepreneurial inventors. On the negative side, manufacturing and marketing are incredibly risky, and can cause tremendous anxiety and engulf your personal life.”

Excellent article John.
I think the evidence makes the case for lean development and prototyping all too well.

If we steal the principles of tech companies and the web into new product development there are many advantages – especially around issues of cost – but also in maintaining interest and finding the right team members to successfully bring a product to market.

Great points, John. What I discover is that many clients have a solution first before they have a customer. An inventor knows that a great MVP (minimum viable product) clearly articulates the need (pain point) of the customer.