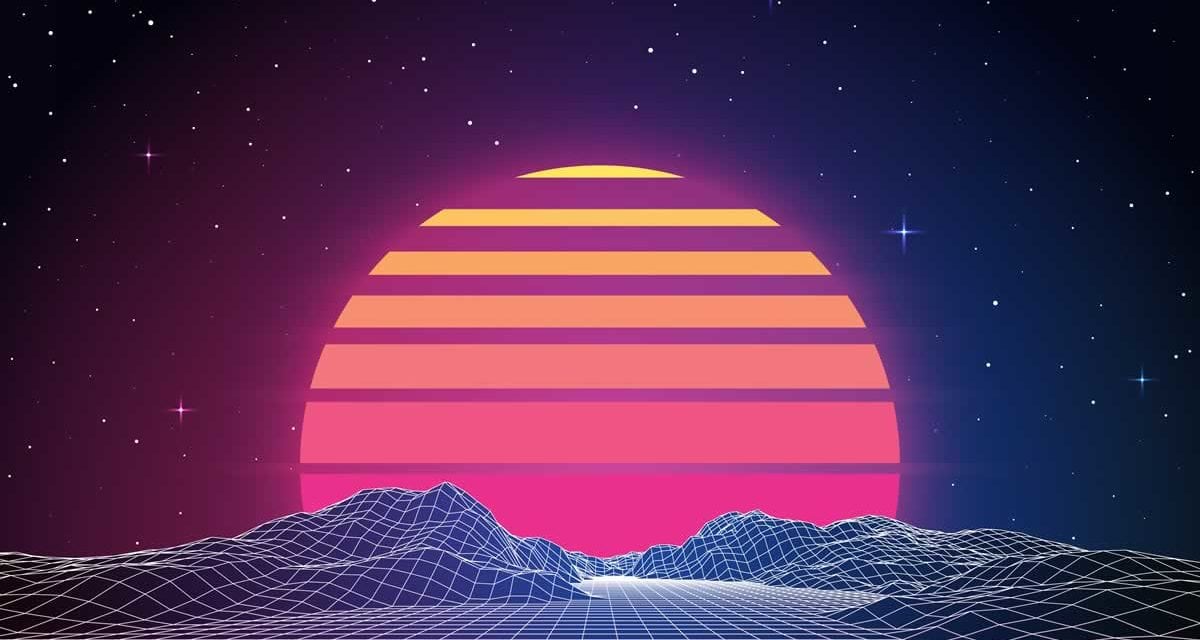 Last month, I commented about some recent cases for the U.S. Court of Appeals for the Federal District that seemed to open the first chink in the Alice armor. As a refresher, the Supreme Court’s 2014 ruling in Alice Corp. v. CLS Bank International is the one that —along with its progeny from lower courts—eviscerated most software patents and many other categories of inventions on the premise that they merely reflect “abstract ideas.” However, these recent cases open the door for trial by jury, removing judgment by summary motion and giving deprived patent owners their date in court.

Enter Andrei Iancu, newly appointed director of the United States Patent and Trademark Office, who wasted no time attacking this pivotal issue head-on. In his first (and highly anticipated) public speech at the U.S. Chamber of Commerce on April 11, he left no doubt that he thought the pendulum had swung too far against patent owners and that his priority going forward was to “1. create a new pro-innovation, pro-IP dialogue, and 2. increase the reliability of the patent grant.”

But Director Iancu wasn’t done there. Not long afterward, when testifying before Congress, he made no bones that the Patent Trial and Appeal Board is also ripe for reform. (This situation presumably remains, even after the Supreme Court’s recent ruling in Oil States v. Greene’s Energy Group that upheld the constitutionality of inter partes review—the right to reconsider and cancel an issued patent.) Some statements he made in front of the Senate Committee:

“We are reviewing (PTAB proceedings) carefully to ensure that the agency’s approach to these critical proceedings is consistent with the intent of the AIA (2011 America Invents Act) and the overall goal of ensuring predictable, high-quality patent rights. We are currently studying, among other things, the institution decision, claim construction, the amendment process, composition of judging panels, the conduct of hearings and the variety of standard operating procedures.”

Wow! Anything is on the table, it would appear. And here is another statement pertaining to software inventions that should cause many supporters to rejoice. When asked whether algorithms were mathematical representations of laws of nature, Iancu said: “You’re getting right to the heart of the issue. This is one place where I believe courts have gone off the initial intent. There are human-made algorithms, human-made algorithms that are the result of human ingenuity that are not set from time immemorial and that are not absolutes; they depend on human choices. Those are very different from E=mc2 and they are very different from the Pythagorean theorem, for example.”

Last but not least, under the new director’s impetus, in mid-April the USPTO made public  new guidelines for examiners’ use when handling Article 101 (“abstract idea”) rejections. These guidelines put a much heavier burden on patent office examiners when wanting to rule on the issue, whereas that burden sat squarely on the inventor in recent years.

If you combine this new guideline with the recent case law on Alice and other recent court decisions making the routine finding of obviousness from the PTAB a lot more difficult going forward, this looks like the first major and substantive changes that we have witnessed in the past few years that trend toward reinforcing patent rights in the United States!

As such, expect to see an uptick in patent valuations during the next few months, since most of the current values are a direct reflection of the relative uncertainty regarding patent validity as a result of Alice and the PTAB practice. A weakening of these two forces will only help restore confidence in the patent system and in the value of patents themselves.

Despite some negative reaction to the Oil States decision—some were hoping for a dismantling of the PTAB—other recent events have undoubtedly given cause for patent inventors and holders to feel pretty good for the first time in a long time about where the arrows are pointing. We can only hope that companies that practice those patents will see the writing on the wall and revert to a more rational way of approaching licensing discussions, other than the usual “Sue me” that has become their signature response.

On April 10, the USPTO made public an assignment of more than 400 patent assets from Intellectual Ventures LLC to Vista Peak Ventures, LLC, an affiliate of Dominion Harbor Enterprises, LLC. This transfer appears to be part of a larger transaction announced by Dominion in February, involving more than 1,200 U.S. and foreign LCD patents originating with NEC.

The eight-year legal battle that plagued Apple and VirnetX has finally ended. Apple was ordered to pay more than $500 million in damages to VirnetX over Facetime and IMessage patents. However, VirnetX, a non-practicing entity (holder of a patent for a product or process with no intention of developing it), may want to wait on the champagne. The case is likely to go to appeal. …

Alice struck again as Nike, Fitbit and GoPro, to name a few, won a lawsuit at the district court level on the basis that the alleged patent infringer relied on abstract ideas and not inventive concepts. … Yamaha won its battle against inventor Ira Pazandeh concerning alleged infringement of a loudspeaker patent. The federal circuit court maintained the non-infringement judgment for Yamaha and additionally awarded attorney fees to the Japanese manufacturer. …

Ugg, the cozy-boots shoemaker, was awarded $5.2 million from a jury to make up for damages for a design patent infringement claim. The jury found that Romeo and Juliette Inc. had infringed a three-side-buttons design patent by Ugg and was required to attribute $3.1 million dollars of profits associated with those sales. …

I’ll see you in court

The Oracle v. Google saga continues as the federal circuit reversed the district court’s decision, sending the parties on their way to a third trial. This time, the appellate court disagreed with the trial court’s finding that Google’s use of the JAVA APIs constituted fair use. Oracle is seeking a payout of several billions of dollars. …

Snapchat is again in hot water, accused of infringing six messaging technology patents belonging to Blackberry. This is the second significant suit for Blackberry, which went after Facebook earlier this year for similar infringement.

Speaking of Facebook, April was a rough month for the social media giant. If the privacy breach wasn’t bad enough, in order to focus on Mark Zuckerberg’s Supreme Court hearing, the company settled its trade secrets case against Bladeroom for $365 million.

It’s always nice to see companies playing nicely in the figurative sandbox. In that spirit, TiVo and Mediacom agreed to expand and extend their licensing agreement. Both parties seem to complement each other, as one recognizes the innovations produced by its counterpart as being of value for its customer’s entertainment experience. …

Kyocera, a pioneer in mobile telecommunications devices, closed a multi-year patent licensing deal with InterDigital. Although details of the agreement remain secret, it appears that the deal comprises a worldwide, non-exclusive, royalty-bearing license on terminal unit products. … BlackBird and Capital One settled their lawsuit about three patents that relate to “methods for securely authorizing online transactions.” … While in mediation, AT&T and Bascom Internet Services Inc. decided to settle the alleged infringement case related to internet filtering.

Asia: In a landmark decision, the Beijing IP Court ordered a permanent injunction for the first time in history against Sony. The court determined that Sony had infringed a Standard Essential Patent (SEP) related to wireless connectivity (WAPI) held by Iwncomm. The court discussed the limitations of FRAND (fair, reasonable, and non-discriminatory) licensing terms as a defense, the SEP injunctions threshold, and the damages calculation for past infringement. …

The United States and Japan joined forces in a complaint against China in front of the World Trade Organization. Japan is also seeking remedies against China’s alleged theft of intellectual property and the Chinese government’s purported discriminatory treatment of foreign patent holders. China retaliated with yet another tariff of its own.

The Chinese government has released new Patent Transfer Guidelines in hopes of securing a transparent business environment between Chinese and foreign companies/investors. The government is set only to review two categories of IP transfers: technology restricted for exports and international acquisitions of Chinese enterprises.

I recently addressed the impact of new technologies such as cryptocurrencies and blockchain technology in the IP realm. As previously discussed, many U.S. companies have shown serious interest in acquiring IP rights in this field, particularly with blockchain technology. However, Chinese companies took note and in 2017 filed roughly half of all blockchain patent applications.

Europe: The demand for European patents hit an all-time high in 2017—up 3.9 percent, according to the European Patent Office. Rankings for the most active EP filers based on country of origin show the United States back on top in 2017 after what we assume was a slump caused by U.S. patent legislation in 2013.

Close on the heels of the United States were Germany, Japan and China. The EPO attributes the growth to the agency’s “sustained effort to boost (patent) quality and (the EPO’s) efficiency.” Does the United States have something else to learn from the EU?

Mr. Carbonneau is a recognized expert in intellectual property with close to 30 years of professional US, Canadian and international experience in all facets of intellectual property law and business. He is a former patent litigator with a national IP boutique firm and the former General Manager of IP Licensing at Microsoft Corporation where he spent 15 years.