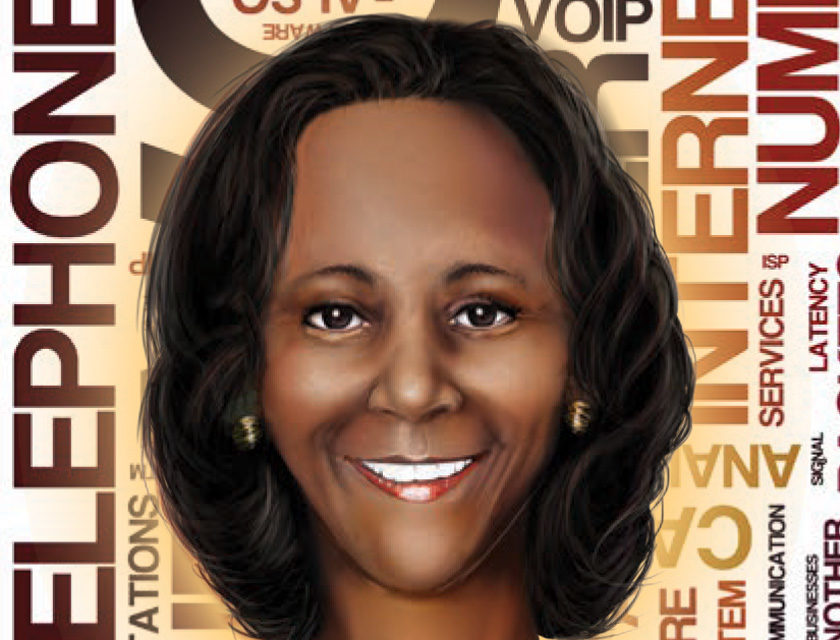 We’ve come a long way from those 1990s days when connecting to the internet produced a cacophony of weird buzzes, beeps, and crackling.

Now we enjoy face-to-face time and myriad other routine internet conveniences, with a leading assist from Marian Croak. Her prominent role in advancements for internet phone connections have resulted in her being the latest inventor featured in the United States Patent and Trademark Office’s Trading Card Series.

Andrei Iancu, under secretary of commerce for intellectual property and director of the USPTO, unveiled Dr. Croak’s card while delivering the keynote address at the U.S. Chamber of Commerce Equality of Opportunity in the Innovation Economy conference last October 1.

A vice president of engineering at Google, Dr. Croak leads the mission of expanding internet access in developing countries. She focuses on reliability engineering to improve the performance of Google systems and services.

Referred to as an “inventor and problem solver” on the card back, the New York City-born Dr. Croak is saluted with this text:

“Marion Croak, PhD, developed inventions that made phone calls more reliably and securely transmittable over the internet. She is a pioneer in the advancement of Voice over Internet Protocol (VoIP). Dr. Croak is a technology team leader, mentor, and mother of three, who holds over 200 patents. She inspires others through her commitment to innovation, leadership and service.”

In a USPTO video, Dr. Croak said, “I feel deeply honored by being represented on an inventor trading card. I think it’s really important that students understand that inventors are people just like themselves. The card makes that reality so tangible and visible.”

Requests for the trading cards can be sent to [email protected]. They also can be viewed at uspto.gov/kids.