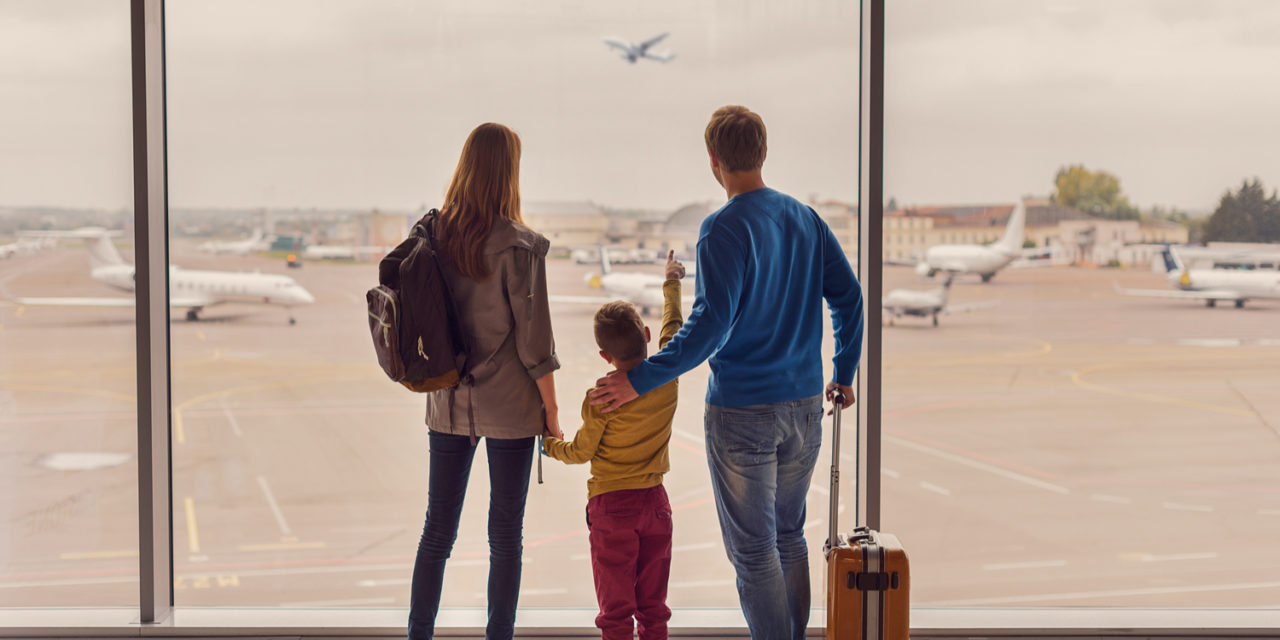 It was sheer terror for John and Theresa Renaldi.

In 2015, they were in Chicago when their 6-year-old son got lost in a crowded park. A day that was supposed to be full of family fun instantly turned into a nightmare. Fortunately, the boy was found unharmed about 30 minutes later.

“The worst panic of my life,” John Renaldi says. “I believe no parent should experience that panic.”

The Renaldis’ harrowing incident was recalled on the website for Jiobit, a wearable electronic device that can track a child’s movement and provide alerts if he or she moves unexpectedly. It features Bluetooth, Wi-Fi, cellular and GPS tracking hardware that can accurately locate a youth in any situation.

Jiobit’s modular design allows it to easily be attached to shoes, pants, shirts and backpacks. It has a small footprint—only 50mm tall and weighing just 18 grams—so it is not bothersome for the child to wear. (Jiobit bills itself as the world’s smallest cellular product.) It also has up to a week of battery life and features an accelerometer and a temperature sensor for additional feedback.

The device comes with an app that helps you set up geofences, caregivers and alert conditions to customize to a user’s needs. Jiobit requires an $8.99/month service plan and is available at jiobit.com for $99 with a two-year contract or $149 with month-month billing.

Around the time of the Chicago incident, Renaldi was working as an executive at Motorola and was looking for an interesting product that he could develop on his own. He was aware of a concept called sensor fusion, in which multiple sensors are used to perform a task more accurately than a single sensor can.

Renaldi felt that if he used this concept in a tracking device, he may be able to create a product to help parents in similar situations. He relayed the idea to his wife on their anniversary.

“She said, ‘This is the first and only one (invention) that I am behind. You can go and spend some of our money on (it) and quit your day job.’’”

He felt strongly that he could provide the kind of high-quality device that had been lacking in the marketplace. Previous searches for wearable tracking solutions for kids revealed products that he saw as cumbersome, badly designed, and with poor battery life.

The product he wanted to create was very tech heavy, so he tackled the technical challenges right away. He and his team of developers used powerful but physically large development circuit boards to test the idea of multi-sensor geolocation.

“For any of this to work … we had to nail this custom system architecture and the sensor fusion technology,” Renaldi recalled.

Once they had a good working model to show potential investors, they shifted focus to the mechanical embodiment of the device. They created hundreds of 3D-printed shells and tested with parents and children. The developers were worried about the size but found through research that the kids were more sensitive to weight, so they focused on keeping the device as light and thin as possible.

The team started the process of securing patents for the technology early in the design process.

Renaldi wanted to create a “house” of IP that would give him optimum coverage. The first provisional filing had enough in it to spin off multiple utility filings as the program progressed.

All of the patents for Jiobit are associated with the software for the device. He felt that the hardware would be too ethereal to bother to protect, but he could have hardware agnostic coverage by focusing on the software instead.

Development continued at a rapid pace, but major issues were on the horizon.

Renaldi brought in experts from Motorola and Google to help ensure that the circuit and radio designs were sound. His development team built small prototype runs and the device was working well. However, there was a big issue once the team opened tooling and made housings with the go-to-market materials.

“While it worked … it just really wasn’t the product we could believe in to perform in the field,” he says, noting the hundreds of thousands of potential customers who needed a device that was extremely reliable.

Rather than release a Generation 1 version of the product that was subpar, the team decided to spend the time and dollars to make it right. The engineers got back to work and were able to fine-tune the issues within a few months.

Renaldi wanted a high-quality manufactured product and spent a lot of time to find the right manufacturing partner. He focused on factories in China and other Asian countries and sent out many RFPs (request for proposal).

One of his big concerns was having the product knocked off. Once he narrowed the field to just a few, he gave each factory a secret test. He found the means to interview workers at each factory to see how much general information he could get about the details of what they were producing. Most failed the test, but one in Malaysia ultimately won his business.

These are exciting times for Jiobit. Late last year, the company closed a $6.5 million funding round and sold out of product during the holiday season. A significantly upgraded version is set for release in mid-2019, and Jiobit has been finishing work on a pet tracker version of the product that will be available this year as well.