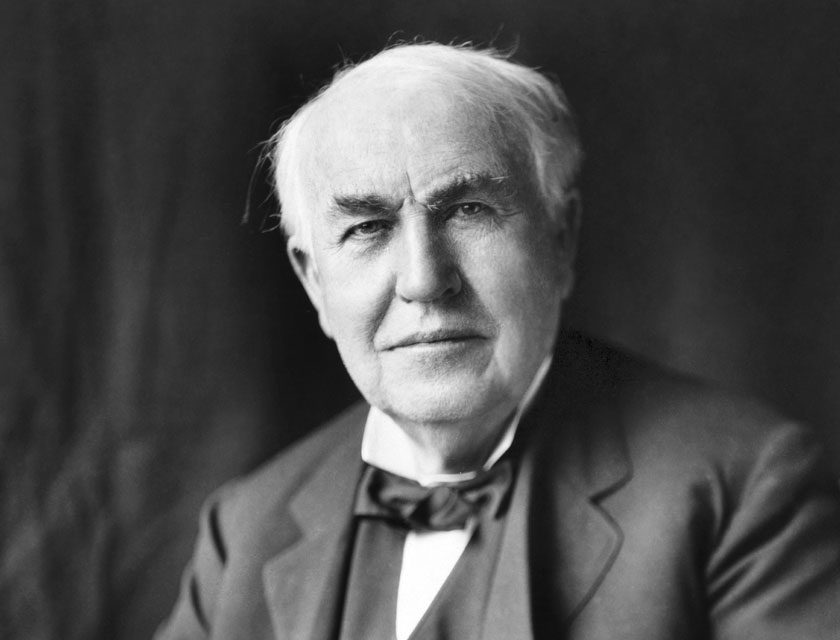 Thomas Edison died at his home in West Orange, New Jersey. He was 84.

Edison was so devoted to his projects that he had a time clock installed in his office (where he often slept) to track hours spent on them. Legend has it that the clock stopped three minutes after he died.

His body lay in repose in the laboratory library for two days of public visitation. Edison was wearing his characteristic wing collar and string tie, and the casket was covered in glass during the viewing.

The governor sent an honor guard from the National Guard, but longtime employees of Edison’s company stood with bowed heads and folded arms at the head and foot of the coffin, day and night. An estimated 40,000 visitors came to the lab in one day to honor him, at a rate of 2,000 per hour.