Opportunity in a Crisis 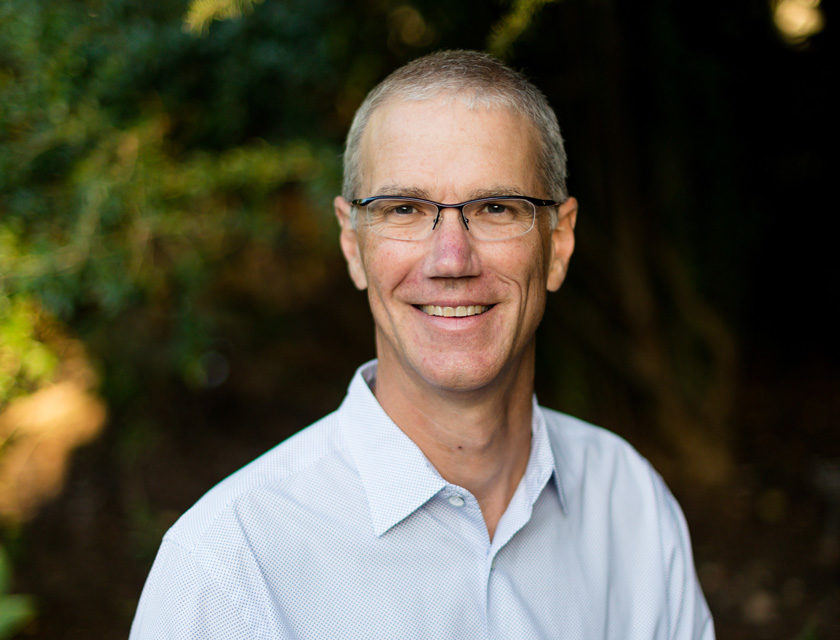 “When it comes to innovation, you’re not trying to think outside the box; you need to start with the assumption that there is no box.”

The coronavirus pandemic has created unprecedented disruptions, challenges and suffering around the world. But Chuck Swoboda, a co-inventor on more than 25 patents covering LEDs and lighting technology, says it’s also creating opportunities for innovation.

The author of “The Innovator’s Spirit: Discover the Mindset to Pursue the Impossible” says that a crisis enables people to eliminate distractions and push toward a common goal in a way that makes failure not an option.

What is the biggest crisis you ever had as an innovator/entrepreneur, and how did you address it?

When you are developing new technology and disrupting 100-year-old companies in large established industries, it often feels like you are moving from one crisis to the next. Eventually, you get used to it and learn to enjoy the constant flow of new challenges to work on. And when you’re in the innovation business, you also realize that with each crisis comes an opportunity to disrupt the status quo.

That said, the biggest crisis in my career came from the one place that I wasn’t paying attention to—my body.  During my 16th year of running a public company, I was coming back from lunch and walking up the stairs to my third-floor office when I started to feel light-headed. I quickly became out of breath and noticed that my heart was racing.

I was taken to the hospital and diagnosed with AFib (or atrial fibrillation) that would eventually require surgery. I could handle the treatment, but what I struggled with was the root cause: the cumulative stress of 25 years building a company and chasing the next problem.

I had to choose between my health and my passion. I chose my health and discovered—like any crisis—that this, too, presented an opportunity. I’ve since found numerous other somewhat less stressful ways to pursue my passion for innovation.

Where does an inventor/innovator begin in coming up with a solution to a problem?

Innovation starts with identifying a problem that is worth solving. Unfortunately, most entrepreneurs begin this process by asking customers what they want. However, this doesn’t work because customers can’t describe something that they don’t know is possible. Instead, you have to ignore what the customer thinks they want and instead identify a problem they need solved.

For example, when long-lasting, energy-saving LED lighting was first introduced to customers, they weren’t very interested. They didn’t see saving energy or replacing light bulbs as a real problem; they were happy with the lights they had.

But when we realized that they did care about saving money, we were able to identify the right problem to solve and articulate the benefits we could deliver to consumers.

In a team situation, how do we address the different innovative energies of individuals and the varying willingness to have a singular, positive focus?

In my experience, most teams inside large organizations struggle with innovation. They make incremental progress but rarely are able to truly innovate.

Successful teams need to have the right people, a common focus, and proper motivation. But these ingredients also need to exist in a culture that is biased toward finding a better way, even if it comes at a cost to what is working today.

This cultural aspect is what most large organizations struggle with, as they prefer predictable outcomes and limited volatility—which is the antithesis of innovation.

To innovate, your team should be focused on a common goal, unafraid of failure. Most important, they need to be unsatisfied with how things are currently.

Look on the edges of the organization for these people and avoid those that thrive in what makes you successful today.  Each person on the innovation team needs to be equally motivated to get to the goal, which ideally starts by making all of their jobs literally depend on it.

Inventing and innovation usually come at a great financial cost. What would you say to skeptics who say that the right mindset in a crisis is not enough?

In my experience, you have almost no chance to succeed at innovation without the right mindset. What a crisis does is create an environment where people are much more open to change.

Is the right mindset enough? It depends on how you think about mindset. To me, it starts with recognizing that innovation is fundamentally about leadership, not management. You’re taking on a challenge without knowing how it is going to turn out but believing that you will figure it out along the way.

It requires significant risk because the size of the reward is directly proportional to the risk you are willing to take. But risk does not guarantee success; it only creates the possibility for it.

You have to become unafraid of failure yet unwilling to fail.  And you have to embrace the learning that comes along with failure, because the solution to the problem may very look different than what you initially thought.

Tell us about the importance of frank self-assessment, as opposed to unrealistic expectations.

Innovation is hard enough when you have all the facts. But it’s virtually impossible when you deal in speculation, bad ideas and corporate double-talk.

The problem? Too many organizations lack the cultural values that support the necessary behaviors to innovate. They prioritize collegiality over constructiveness and harmony over harsh reality. In meetings, for instance, people often promote ideas that everyone else knows won’t work.

Does anyone call them out? Probably not, but they should.

In a culture of innovation, people have the confidence to openly critique others’ ideas and the courage to have their own ideas put under the microscope. This makes a lot of people uncomfortable, but that very discomfort is critical to the kind of creativity that leads to innovation.

You say that rules, structures and management processes can kill an innovative mindset. But isn’t some level of organization needed for a cohesive plan?

Management is fundamentally designed to get people to follow known processes or procedures to deliver a predictable outcome. By definition, that approach isn’t going to lead to something that’s never been done before.

You need a goal and a starting point, but when you’re pursuing something genuinely innovative, you are going to learn new information each step of the way and have to adjust and adapt as you go.

The time you spend developing a cohesive plan will not only be wasted, but the plan itself creates boundary conditions that limit your ability to see what’s really possible.

When it comes to innovation, you’re not trying to think outside the box; you need to start with the assumption that there is no box.

You have cited three innovation accelerators to maximize in a crisis. What are they?

The three innovation accelerators are:

The relevance for entrepreneurs is to recognize that moments of crisis present incredible opportunities as people become more open to change and new problems arise in need of creative solutions. In addition, it often reduces the typical structural market barriers to new competition.

Why are not all inventions necessarily innovations?

Although most entrepreneurs focus on new, that part is relatively easy. It’s solving a problem and creating value that’s the hard part and what makes something truly innovative. What you do to invent something is often quite different than what it takes to produce an innovation.

In fact, many of the great innovators didn’t invent the underlying technology that made their innovation possible. Instead, their contribution was turning an idea into something tangible that we value in one form or another.

In your book, a timely example for a new focus during a crisis is the shift in college courses to all online. Tell us more.

Online courses have been a growing trend over the last decade, but the majority of college students still primarily attend classes in person. At least they did until in mid-March, when universities across the country started telling their students to stay home and began shifting all their courses online.

Until now, the pace of progress toward online has been steady but relatively slow. It has been limited by several issues—not the least of which are the risk of failure, the fear of the unknown, and many competing priorities.

This transition has been a significant undertaking—one that was filled with risk—and admittedly, some have things haven’t gone as smoothly as expected.  But because the only alternative was canceling classes altogether, which would be the equivalent of temporarily going out of business, the universities and their customers (the students) are figuring out how to make it work.

In the end, they will likely make more progress over the next two months than they have in the last 10 years. I predict that this will end up being the most innovative period in higher education, and the business model will be forever transformed for the better.

How is innovating during a crisis different now than in past generations? How will this evolve in the future?

In the most basic terms, it’s no different. Innovation is a mindset that sees opportunity in crisis, reward in risk, and learning in failure. This mindset has been adopted across generations and geographies.

What is different is the speed at which we can implement change due to the availability of technology—to both communicate the need and help implement the solutions. The use of technology has enabled changes in hours and days that a generation ago would have taken weeks or longer. And in the future, the time to change will likely only decrease even further.

Resume: Chairman and CEO of Cree, Inc., for 16 years. His team led the LED lighting revolution; company went from a little over $6 million in annual revenue in 1993 to more than $1.6 billion.