Painful Path to a Patent 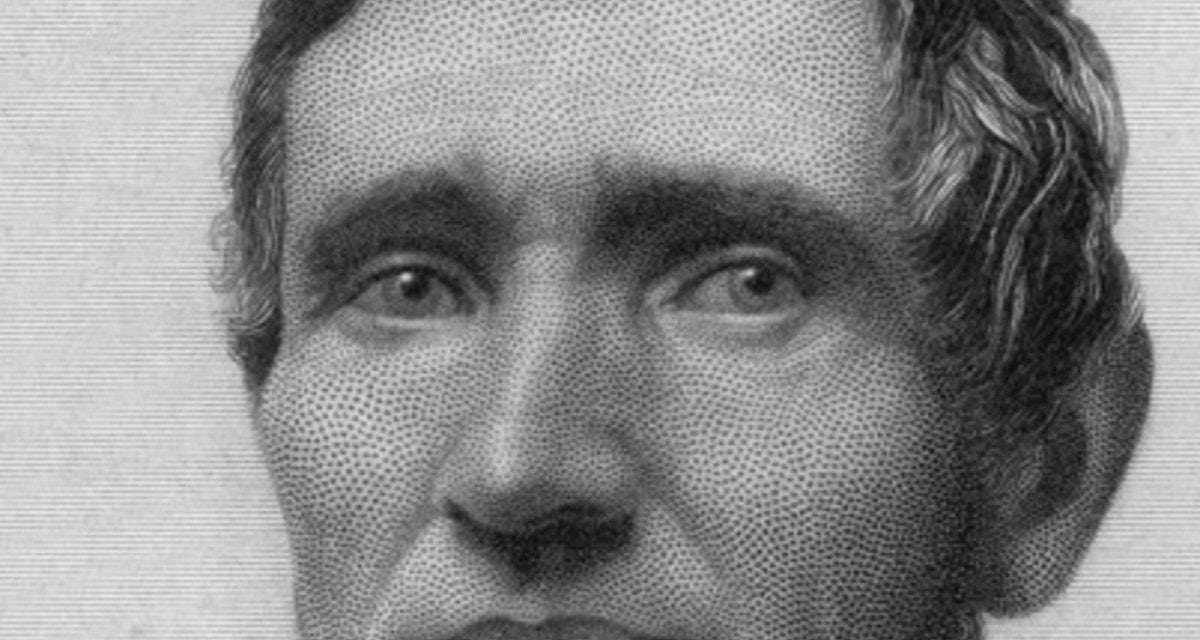 The vulcanization of rubber has often been referred to as an accidental invention. Charles Goodyear insisted that characterization stretched the truth.

What cannot be disputed is the unflinching determination of this self-taught chemist and manufacturing engineer that led to one of the most important discoveries of the past 200 years—as well as the poverty, pain and family tragedy that are hallmarks of his story. The first and second halves of Goodyear’s life represented such dramatically different fortunes that it’s hard to believe they involved the same person.

Goodyear was born on Dec. 29, 1800, in New Haven, Connecticut, where the family had been a mainstay for generations. He was a descendant of Stephen Goodyear, one of the founders of New Haven in 1638; his father was a successful businessman.

Although Amasa Goodyear had a first name that would have been better suited for his son—Amasa is a Hebrew name meaning “hardship” or “burden”— he had a knack for recognizing opportunities. After buying a patent for a manufacturer of buttons and opening a business in nearby Naugatuck, he became the first U.S. manufacturer of pearl buttons in 1807 and supplied the government all of its metal buttons during the War of 1812.

Charles picked up his father’s business acumen while helping his dad, and later as a teenage apprentice at a hardware company. He eventually became a partner in the family business; married in 1824; and even thrived on his own in Philadelphia with what was thought to be the first domestic retail hardware store in America.

Business was very good. Life seemed even better. Then came 1829—which, for Goodyear, was tantamount to the Great Depression that ravaged the United States exactly 100 years later and set in motion a litany of personal catastrophes that were interspersed with his historic triumph.

Goodyear’s hardware buyers in the Mid-Atlantic and South began defaulting on their payments because of the Tariff Act of 1828, which devastated many southern businesses. The “Tariff of Abominations,” designed to help northern industries, marked a significant split between the states that ultimately resulted in the Civil War.

Complicating matters was the fact that Goodyear contracted a bad case of dysentery, an infection of the intestines that confined him to his bed and rendered him unable to work. By 1830, he was unable to pay off creditors and landed in debtors’ prison. Between 1831 and 1833, two of his young children passed away; he himself grew sicker. But he had to come up with a way to provide for his family.

Around this time, the rubber industry’s decline mirrored that of Goodyear. In the early 1830s, the new waterproof gum from Brazil skyrocketed in popularity—until it was found to freeze in the winter and turn glue-like in the summer. Goodyear was both disappointed and intrigued: According to a 1958 Reader’s Digest story that was reprinted on the Goodyear website, he said later that “There is probably no other inert substance which so excites the mind.” (Neither Goodyear nor his family was ever connected with the company named in his honor, the Goodyear Tire & Rubber Co.)

He immediately set out to uncover a process that would make rubber stronger and more durable, beginning his experiments while in prison after asking his wife to bring him some raw rubber and a rolling pin. Several times in the middle and late 1830s he appeared on the verge of a breakthrough, only to be disappointed. The U.S. financial crisis of 1836-37 all but eliminated his chances of getting the backing he needed.

He and his family wound up in Woburn, Massachusetts, where local farmers gave his children milk and let them dig up half-grown potatoes for food. At one point his brother-in-law, lecturing him about the need to feed his children, told him that rubber was dead. “I am the man to bring it back,” the story quotes Goodyear as responding. And in 1839, he was.

Details vary on the exact details that led to the discovery of vulcanization (named after Vulcan, the Roman god of fire). But the one recounted on the Goodyear website says that one day in February 1839, the frail and sickly innovator went into the Woburn general store to show dubious onlookers the merits of his latest formula, which encompassed gum and sulfur.

“Snickers rose from the cracker-barrel forum,” the site reports, “and the usually mild-mannered little inventor got excited, (waving) his sticky fistful of gum in the air. It flew from his fingers and landed on the sizzling-hot potbellied stove. When he bent to scrape it off, he found that instead of melting like molasses, it had charred like leather. And around the charred area was a dry, springy brown rim—‘gum elastic’ still, but so remarkably altered that it was virtually a new substance.

“He had made weatherproof rubber.”

To this day, some of the most reputable information sources refer to the discovery as an accident. Goodyear scoffed at this, saying he was the one who “applied himself most perseveringly to the subject.”

Regardless, the invention didn’t change his fortunes—not even for the rest of his life. Although he now knew that heat and sulfur made rubber more durable, he didn’t know how much heat, or for how long. On crutches, he conducted countless additional experiments and pawned nearly everything in his home as the family’s debt escalated.

He was jailed for failure to pay a $5 hotel bill, only to return home to find that another of his children had died. (Of the 12 Goodyear children, six died as infants.) He couldn’t afford to pay for a funeral, so he walked the little coffin to the graveyard in a borrowed wagon.

Goodyear ultimately arrived at the correct vulcanization formula. He determined that steam under pressure, applied for 4 to 6 hours at about 270 degrees Fahrenheit, produced the most uniform results. On June 15, 1844, he received a patent for vulcanization. This only led to more problems. Legal challenges by those wanting to cash in on the resurgence of rubber forced him into 32 patent infringement cases that went to the United States Supreme Court.

According to TodayIFoundOut.com, Goodyear also applied for a patent in England in hopes of increasing rubber revenue—only to find he had been beaten to the punch by English rubber pioneer
Thomas Hancock, who had applied for a patent weeks earlier. Apparently, Hancock had come into possession of a piece of Goodyear rubber between 1839 and 1843 and figured out a formula for vulcanization that was close to Goodyear’s. Hancock’s camp offered Goodyear a half-share of his patent if he would drop the suit. Goodyear declined, then lost the suit.

One bizarre indignity summed up both his accomplishment and bad luck. Goodyear installed majestic floor-to-roof pavilions built entirely of rubber at the London and Paris world’s fairs of the 1850s. But his French patent was canceled on a technicality, and his French royalties stopped before he could pay his bills. He was hauled off to debtors’ prison yet again—where he received the Cross of the Legion of Honor from Emperor Napoleon III.

Goodyear had long been philosophical about his inability to profit from one of history’s most important inventions. He clearly valued humanity’s greater good over his own welfare.

“I am not disposed to complain that I have planted and others have gathered the fruits,” he said in perhaps his best-known quote. “A man has cause for regret only when he sows and no one reaps.”