Put Down Your Weapons 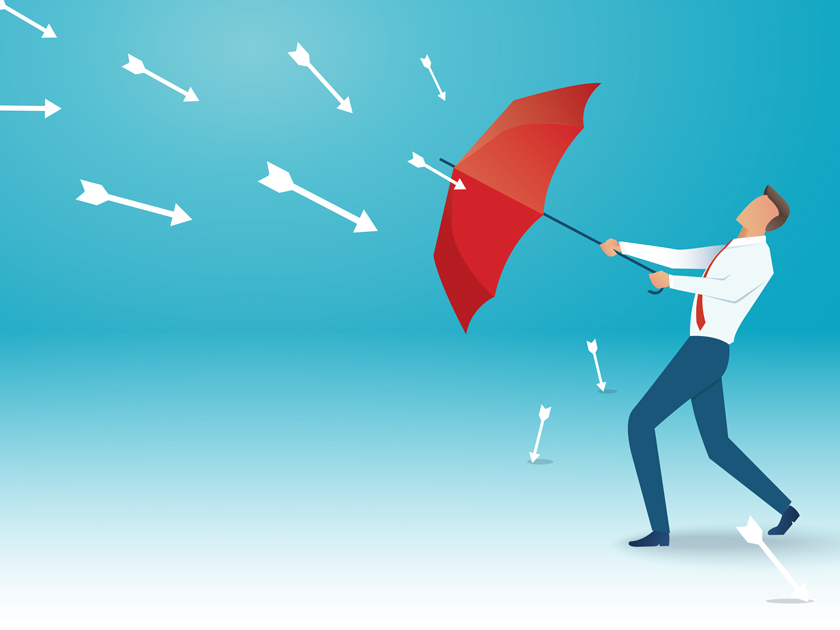 Serial challenges are a very real and extraordinarily harassing problem for which there appears to be no remedy.

Senators Thom Tillis (R-N.C.) and Chris Coons (D-Del.) have written U.S. Patent and Trademark Office Director Andrei Iancu, raising a concern about what can be characterized as the weaponization of the Patent Trial and Appeal Board (PTAB).

Although the USPTO has vehemently disagreed that there is a problem over the years, everyone in the industry familiar with post-grant challenges knows there is a very serious problem with serial challenges. There appears to be a concerted effort—perhaps even collusion—to repeatedly challenge the patents of certain patent owners.

The problem is real

“We continue to hear from patent stakeholders about abuse of the inter partes review process in the form of ‘serial’ petitions,” the senators wrote. (IPR is a mini-trial before the PTAB to cancel specific claims of a patent on the grounds of invalidity.) “We have heard from both large companies with tremendous innovation pipelines as well as small companies and patent-intensive start-ups that they are facing extensive serial attacks on their patent portfolios.”

One of the more egregious cases was the 125 IPR petitions filed against the patent portfolio owned by Zond Inc., which makes plasma generators, during a seven-month period from February 2014 to September 2014. Per PTAB statistics, the institution rate for the Zond patents was 88.6 percent (1,377 claims challenged, 1,220 instituted).

An 88.6 percent institution rate is obviously a high number. But look at the same data from Zond’s perspective.

Before the 2011 America Invents Act, Zond owned 371 claims. By the end of the 125 IPRs filed against it, Zond owned no claims. Every claim ended up dead. But that can’t be particularly surprising, given that it had to defend 125 IPR petitions.

When will persecution end?

Senators Tillis and Coons have asked Director Iancu to answer five specific questions. One asks whether he will adopt a presumption that once the PTAB has refused to institute on a particular patent, it will not institute a challenge on that patent unless there are compelling circumstances.

Other questions ask whether he will consider affiliates of a prior petition to be the same petitioner, and whether a sworn affidavit will be required to identify all parties a petitioning entity has collaborated with—both directly and indirectly—regarding an IPR filing.

The questions asked by the senators are very good. They could have, and probably should have, specifically encouraged Director Iancu to do something to adopt the federal circuit view (which is supposed to be binding on the PTAB anyway) of who is a real-party-in-interest, as defined by the federal circuit last year in Applications in Internet Time, LLC v. RPX Corp.

It was an embarrassment when the PTAB ruled that Alphabet was not a real-party-in-interest with Google—which, while all too predictable from the PTAB, is nonetheless tragically comical. Although on the surface this is not a serial IPR issue, once the layers of the onion are peeled and those who are funding challenges by third-party providers are known, it may well be that the benefactors of these third-party providers have been behaving in ways the law prohibits.

Of course, it is impossible to know, which is precisely why the real party is supposed to be identified.

More arrows in the quiver

What Director Iancu has done in little more than one year on the job is remarkable. Still, there is much left.

Though the USPTO believes serial challenges are not a real concern, the only reason it has been able to reach such a clearly erroneous conclusion is by ignoring the fact that the overwhelming majority of patents challenged to date have fallen.

Either the claims have been lost, or patent owners have capitulated and settled by giving challengers no-cost licenses. When a challenger prevails so frequently on the first petition, there has been limited need to resort to second, third, fourth, or even eighth, ninth or 10th petitions—or in the case of Zond, many dozens more. But for those patent owners that have been subject to repeated challenges, serial challenges are a very real and extraordinarily harassing problem for which there appears to be no remedy. These patent owners are helpless.

Director Iancu and the USPTO should not convince themselves that serial challenges are not a significant problem because they only happen to a handful of patent owners. Many of these patent owners now have thoroughly vetted patent portfolios, yet the challenges never stop.

What message does that send to those with lesser resources? Any patent that is commercially relevant can and will be challenged, and courtesy of a coordinated effort, the patent owner will be mercilessly harassed until he or she capitulates, finds a panel that finally agrees with the challenger, or he or she runs out of money and goes bankrupt.

There are many arrows left in the quiver worn by Director Iancu. Hopefully prodding by the leaders of the Senate IP Committee, and the political cover they can no doubt provide, will lead to swift action on these and perhaps other action items.