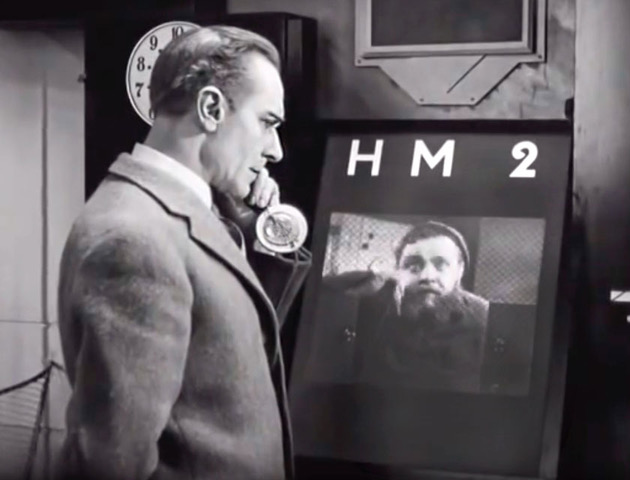 The invisibility cloak far pre-dates the Harry Potter movies, and one has been invented in real life.

A rapidly escalating blur of technological advances has made modern life something of a science-fiction movie—though hopefully a little more predictable and not so expensive.

For more than a half-century, film producers have cashed in on our obsession with inventions that do impossible things. Only now, many of them are not so impossible.

Here’s a fun look back at some memorable movie gadgets and their chances of becoming real-world reality:

Lightsaber in the “Star Wars” series: Allworldreport.com says the lightsaber is the “holy grail of science fiction inventions, and has been the dream of arguably just about anyone who has ever seen or even heard of a ‘Star Wars’ film. The thought of using an energy sword of such incredible strength and power is a daunting and intimidating thought …” This is one of many “Star Wars” inventions, too numerous to list separately here.

Are we there yet? No, but it’s not impossible. Allworldreport says that in the movie, the lightsaber uses a crystal and other technical aspects to power the sword and that if the development of a real-world model came to fruition, it would use precise, concentrated light/energy to create a beam. Sustaining something like this while also limiting its power would be very difficult.

Transporter in “Star Trek: The Motion Picture” (1979): The transporter actually debuted many years earlier in the television series. In this movie, an accident resulted in two deaths. As with “Star Wars,” “Star Trek” inventions that exist in real life are numerous, from personal computers to hands-free phones to big-screen TVs. Many of those originated in the 1966-68 TV show.

Are we there yet? No—and probably never, scientists say.

Tablets in “2001: A Space Odyssey” (1968): The astronauts carried handheld computers, one of the earliest film depictions of the forerunner to the iPad.

HAL 9000, from the same movie: The abbreviation is questionable—HAL stands for Heuristically Programmed ALgorithmic Computer—but the similarities to today’s Alexa phenomenon are not. HAL was an AI character with a calm voice that controlled the spacecraft’s systems and genially interacted with crew members. (In fact, writer Arthur C. Clarke noted complaints that HAL was the only real character in the first movie.) Douglas Rain, the Canadian actor who was the voice of HAL, died last November at age 90.

Are we there yet? Basically, yes. But Alexa has the personality of, well, a robot.

Video calls in “Metropolis” (1927): One of the first sci-fi movies, this timeless classic is about a city in the future where the powerful live in high-rise towers and lowly underground-dwelling workers operate the machines that power the city. One such machine is a wall-mounted video phone.

Are we there yet? Yes. For years, businesses have held meetings and conferences through video call applications such as Skype and GoToMeeting. The iPhone app also provides video call capabilities.

Electromagnetic shrink ray in “Honey, I Shrunk the Kids” (1989): Shrinking your two kids to the size of an insect sure would cut down on that grocery bill, but giving hugs would be a little less satisfying. (Then there’s the sequel—1992’s “Honey, I Blew Up the Kid,” in which a ray that expands molecules blows up a toddler to 112 feet tall and growing.) What we want to know is, who was the screenwriter who invented the name Wayne Szalinski?

Are we there yet? No, but there’s something about blowing up apples that tickles us to the core.

DeLorean car in “Back to the Future” (1985): A car with doors that open vertically is novel but useless. So was the real-life performance of the car, which had about as much giddy-up as a tortoise on Valium.

Are we there yet? No, not in terms of time travel. But Doc Brown’s concept of a space-age time machine (first popularized in H.G. Wells’ 1895 novel, appropriately called “The Time Machine”) certainly had wings: A study published in the journal Classical and Quantum Gravity theorized there is no mathematical reason that a time travel machine could not be able to disrupt the spacetime continuum enough to go backward in time. Still, do we really want to go back to manual transmissions, pre-remote TV, bell bottoms and AstroTurf?

Hover board in “Back to the Future, Part 2” (1989): The board was actually an extension of hover technology that had been explored on film, such as the landspeeder Luke Skywalker used in the “Star Wars” series.

Are we there yet? Yes. New Zealander Chris Malloy invented a hover bike that could theoretically travel up to 170 mph and climb 10,000 feet. The Malloy Hoverbike is a turbo fan-powered quadrocopter developed in 2006 that has been contracted by a U.S. engineering firm to produce such bikes for the Department of Defense.

Are we there yet? A surprising yes. In 2013, researchers at the University of Texas at Austin invented a micrometers-thick cloak that can hide 3D objects from microwaves in their natural environment from all directions. The process, called the mirage effect or photothermal deflection, is similar to what we may see on the road on a hot day.

Driverless cars in “Total Recall” (1990): The possibility of accidents with these vehicles was not addressed by director Paul Verhoeven, and the creepy humanoid robot in the driver’s seat was unnecessary. But his ability to see the future can’t be discounted.

Are we there yet? Yes. Will these vehicles be available to the public anytime soon? Check out the May 2019 Inventors Digest for possible answers.

Digital billboards in “Blade Runner” (1982): A dark classic that is intended to show life in Los Angeles in 2019—including flying cars—the movie depicts huge billboards with shifting images.

Are we there yet? Yes.

Translation collar in “Up” (2009): A collar that translates a dog’s thoughts into speech sounds like a good idea—especially for those of us who are tired of guessing when nature is calling. One the other hand, we would have one more living thing with the ability to argue with us.

Are we there yet? No, unless you count those stunningly unimaginative commercials where dogs talk.

Telepathic justice system in “Minority Report” (2002): In this film, set in 2054, a genetically mutated law enforcement squad has precognitive abilities to fight crime before it happens. The guilty are punished before the crime occurs.

Are we there yet? No, but the effects on courts and insurance companies sure would be interesting!

Virtual makeover machine in “Virtual Sexuality” (1999): A frustrated teenage girl, stood up on a date, goes to a virtual reality exhibition and seeks to create a 3D image of her ideal male partner. Alas, an accidental power cut turns her into her own perfect man.

Are we there yet? No. Are we glad we didn’t see the movie? Yes.

I’m surprised you left out the Orgasmatron.